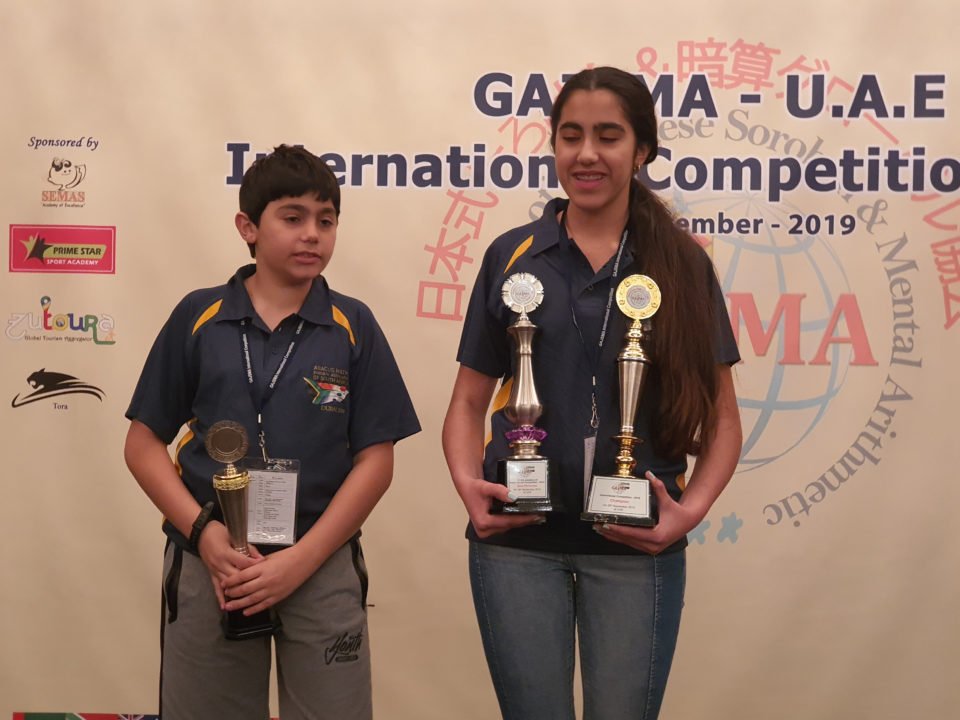 Michaela Kapnias, 15, and her brother Vasilios, 12,

Two third-generation Cypriot siblings living in South Africa were awarded the ‘Champion of Champions Trophy’ at the International Abacus and Mental Arithmetic Championship in Dubai recently where they competed along with their country’s national team.

Michaela Kapnias, 15, and her brother Vasilios, 12, displayed a talent for maths early on in life and have won many competitions in South Africa. Now they are among a group of 15 children who represent the country in mathematics competitions around the world.

In 2015, when Michaela was 11 and Vasilios, just eight, they won a major competition in China.

The South African press have repeatedly written about the young Cypriot math geniuses.

The siblings who have visited Cyprus live in Durban with their parents, Marios Kapnias from Peristerona and Andriana Savva Kapnia from Lysos, Paphos.

The children’s grandfather, Michael Savva Kamenos, 90, who lives and works in South Africa, says he is very proud of the performance of his two grandchildren and is trying to teach them Greek and the customs of Cyprus.

He left Cyprus for in South Africa in 1947 and often visits relatives in Cyprus.

The children’s father, Marios Kapnias, is a shopowner and their mother, Andriana Savva Kapnias, a fitness instructor with her own gym.