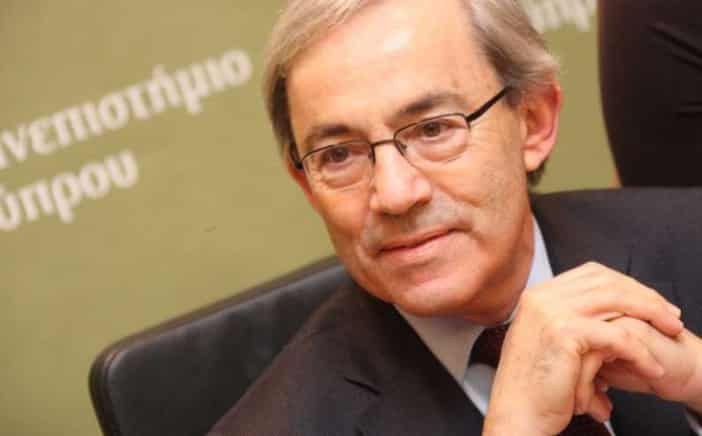 A committee headed by Cypriot professor Sir Christopher Pissaridis, who is a Nobel Memorial Prize winner in Economic Sciences, will undertake the elaboration of a new development plan for the Greek economy

The way forward for Cyprus is an economic reform programme completely independent of party influence, Sir Christopher Pissarides said on Monday at the official launch of the New Wave movement.

New Wave: The other Cyprus was announced earlier this year by former rector of the University of Cyprus, Constantinos Christofides, saying it would incorporate those living in Cyprus and the diaspora.

Pissarides said the idea for the movement was born a year ago following a discussion he had with Christofides over the need for a new way ahead in the form of a movement independent of party influence.

“The result was the New Wave,” he said.

The Nobel Laureate said that he is very saddened by the plight of Cyprus internationally and “the direction our political world is leading it”.

“We are last in everything,” he said, adding that the only field Cyprus seems to have an advantage in is selling passports to people who have no interest in the country.

The way forward, he said, is a completely independent programme that will enjoy wider support “and from there to move on”.

Pissarides said the reason Cyprus is not among the top surveys is because people are reluctant to stray from the influence of the parties, since political clientelism is the only way to achieve anything. This, he said, “is also a form of corruption”.

Speaking as his capacity as an economist, Pissarides said Cyprus as a small country cannot stand on its own, hence the EU membership, but it still needed a competitive economy to be able to stand against the big economies of the European north.

To achieve this, he said, Cyprus needed a competitive labour market, a good educational system and an environment to encourage new digital technology.

“In all these areas Cyprus is among the last in Europe, even among economies that were under the former Soviet Union,” he said, except Bulgaria and Romania.

“We need a new beginning, a reform programme to increase the productivity of the labour force, focus on the country’s advantages, ensure our products,” he said.

He compared Cyprus with other small countries such as Denmark and Singapore which top lists.

In Cyprus, he said, the issue is not the unwillingness to work but rather the many restrictions on what one needs to be done. Stressing that the state mechanism needs to take the initiative, he said in Cyprus, this is not the case.

Christofides had said last February that the movement would not necessarily be political, but would have a social and cultural character and would come up with a feasible visionary plan for Cyprus.

The former rector’s name was mooted in 2018 for the presidency but in the end, he did not run despite giving it some serious thought.