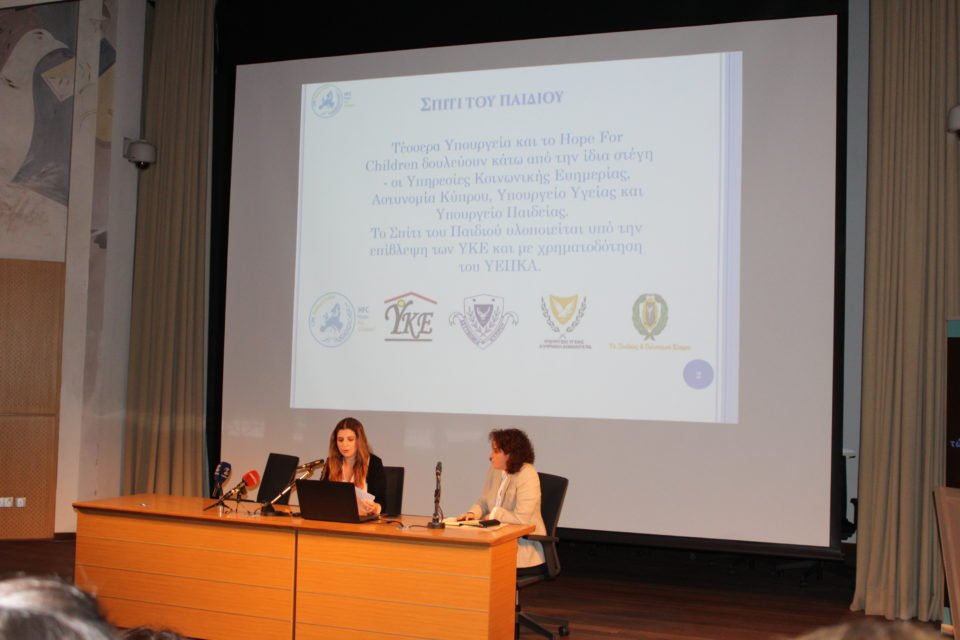 Cyprus saw 368 recorded cases of sexual harassment against children in two years yet less than 11 per cent proceeded to court according to data revealed by the Children’s House on Monday.

The Children’s House was created by the NGO Hope for Children in collaboration with “Foni”, the group responsible for the implementation of the national strategy to combat sexual abuse and exploitation of children and child pornography. On Monday, the European Day for the Protection of Children from Sexual Exploitation, the two NGOs presented the results of what the Children’s House has achieved so far.

“One in four children is sexually harassed in Cyprus before they reach adulthood,” said Anastasia Papadopoulou, president of “Foni” told a press conference.

She said that since between February 2018 and October 2019, there had been 368 recorded cases of sexually abused children while 230 of those cases took place in 2019.

“There is a great need to implement a national strategy focusing on the prevention of such cases. Police and social welfare services were in contact with three quarters of the cases before they were reported to the Children’s House,” she added.

Most cases are reported through a family member (35.4 per cent) while 85 per cent of the 368 cases, the offender comes from the child’s circle, either a family member or a close family friend according to Andria Neocleous from Hope for Children.

Presenting the data results, Neocleous said in most recorded cases the offender is Cypriot while more than 83 per cent are men with an average age of 32 withthe oldest being 75 years old. Papadopoulou said “there is no profile of the offender”, despite the presented data.

“This should send a message to parents that not even their boys are beyond the risk of being sexually harassed,” said Papadopoulou.

The average age of the victims is 11 years old, while it varies from two to 17 years of age. There were also five cases of adults with disabilities being abused.

“Our aim is to treat children as children not just as victims, and help them grow into healthy adults,” said Papadopoulou

The Children’s House is a child friendly, safe environment which provides services such as psychological and social support through a multi-disciplinary approach, but it does not offer residential care.

In one of the 10.9 per cent of the cases that went to court, a child testified through video-conference at the Children’s House with equipment provided for free by Cyta.

Some of the abuse cases that do not make it to court fall under the category of cybercrime according to Andreas Anastasiades. head of the Cybercrime Office. Both Papadopoulou and Despo Michaelidou, the new child commissioner, spoke about the need for sexual education at schools starting from preschool.

Other reasons why cases do not proceed to court is the refusal of the parents or the child to cooperate with the authorities.

“The legislation needs to be amended to help investigators look into cases even if the victim withdraws the accusation, or the family of the victim refuses to testify,” said Papadopoulou.

A Children’s House first opened in Iceland in 1998 and spread in North Europe. Cyprus was the first country in the south to adopt this service, with the help of the Icelandic founder Bragi Gudbrandsson and other experts who provide continuous training to the Cypriot team.

The house in Cyprus operates under the supervision of Social Welfare Services with funding from the Ministry of Labour and the support of police, health ministry and education ministry.