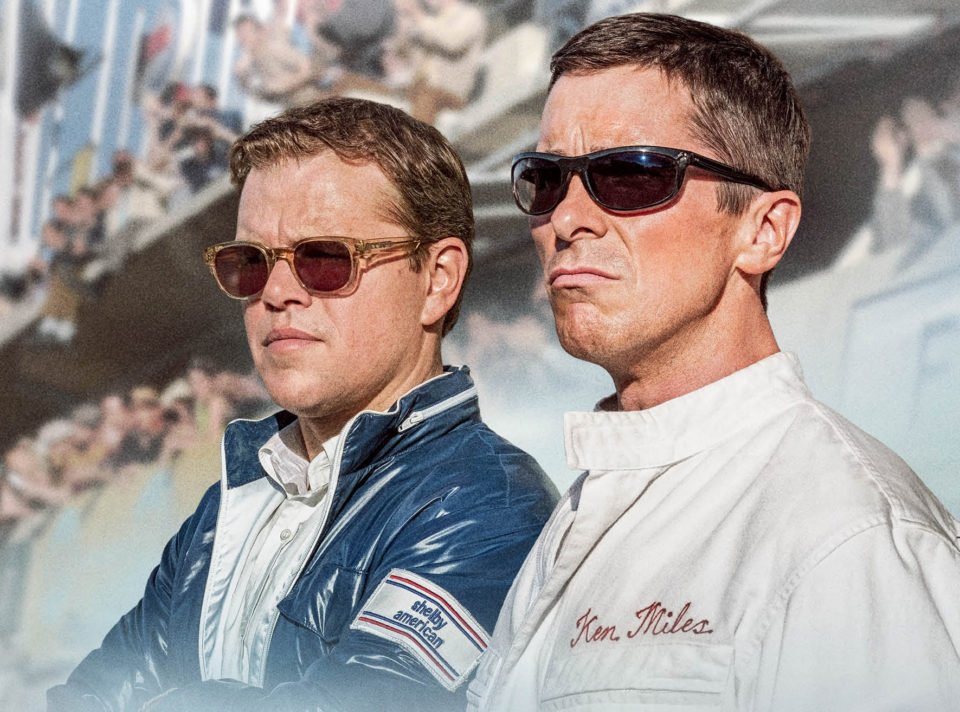 A change of title always raises questions, especially when it seems unnecessary. What was wrong with Ford v. Ferrari, the name by which this true story was originally known, and why bother changing it to the less-adversarial Le Mans ’66 for the European market? Surely any film with ‘Ferrari’ in the title would clean up in Europe? It’s even worse since the film opens in 1963 – around the time when the Ford motor company does indeed decide to compete against Ferrari, by building a race car – but we know all the early skirmishing must be irrelevant, just a prelude to the 24-hour Le Mans race of 1966. You don’t want your audience waiting impatiently for the climax, if you’re making a two-and-a-half-hour movie.

The film is indeed very long, but in fact the 152 minutes fly by – mostly because they focus closely on two entertaining performances and one irresistible theme, viz. the clash between obsessive-misfit nerds (car nerds, in this case) and the big corporation they reluctantly work for. The big corporation is Ford, led by Henry Ford II (known to subordinates as ‘Deuce’) and operating like any other corporation, with layers of management and decisions made by committee. Motor racing, on the other hand, runs on individual passion and a love of driving fast and recklessly – both traits being evident in Carroll Shelby (Matt Damon), a former racer turned car designer, and transplanted Brummie Ken Miles (Christian Bale), a “difficult” person and driver of genius.

Le Mans has remarkably little edge, for such a long movie. Both Miles and Shelby are established early, and stay much the same throughout; a goal is set – to win Le Mans – and the film works steadily towards that goal. There’s some vague talk of what racing ‘means’ (the search for a perfect lap, the way the world melts away when you hit 7000rpm), but it’s superficial. Almost all the fun – as in Rush a few years ago, with Daniel Bruhl’s hilarious turn as Niki Lauda – comes in seeing just how cool the actors can be, which in Bale’s case is very cool indeed. Playing a rare Brit, he sports an accent that occasionally strays into Wallace and Gromit territory (Damon, on the other hand, sounds a lot like Tommy Lee Jones) and gives the character a comical slackness, especially when his wife’s yelling at him or corporate drones are trying to tell him what to do. Miles has a rebel’s detachment (he’s “a beatnik,” complains Henry Ford II), sometimes erupting into violence – but the film protects him, above all by viewing him through the lens of his adoring young son.

Miles himself is a little boy, deep down. So is Shelby, so are all the others. At one point, employees at Shelby’s car company amuse themselves by throwing firecrackers at passing girls, like a bunch of 12-year-olds. (“She’s hot” is far more likely to refer to a car engine than an actual female in this movie.) Even the main plot – the rivalry between Ford and Ferrari – comes from the equivalent of a playground spat, one big tycoon insulting another. Le Mans is Manchild Central, the only woman being Ken’s wife Molly (Caitriona Balfe) who – when the boys turn, inevitably, to fisticuffs – sits reading her magazine, waiting for them to finish, then brings them Cokes when the fight is over. Motor racing, in this version, is the cool kids’ club, all the more exclusive for being dangerous. “This,” notes a dry mechanic when Shelby takes Mr. Ford out for a spin in the race car, “is where the uninitiated have a tendency to soil themselves”.

The film isn’t deep but it’s fun, once you accept that it’s not going to call its heroes out on their immaturity. It’s designed for motor-racing fans (even the opening logos come with ‘vroom, vroom’ sounds in the background) and the scenes at Le Mans and Daytona are predictably thrilling, with much dramatic gear-shifting and accelerating at ju-u-ust the right moment (“Not yet… Not yet… Now!” mutters Shelby on the sidelines) – though in fact the behind-the-scenes planning and intrigue is even better. If you want middle-aged men engaging in quiet negotiations and momentous stare-offs (waiting to see who’ll blink first, literally and figuratively), then Le Mans is the film for you – and the script is actually quite smart in underlining the role WWII played in moulding this generation of men, racing cars being a kind of soldiering with the same camaraderie and bonus points for reckless behaviour. It’s a long way from corporate culture – though of course the corporations win, they always do. If they absolutely had to change the title they could’ve called it ‘Maverick v. Corporate’, that’d be a fair precis of this jaunty, affectionate, totally enjoyable movie. Though Ford v. Ferrari works as well, in my opinion.

Cyprus is defender of international law