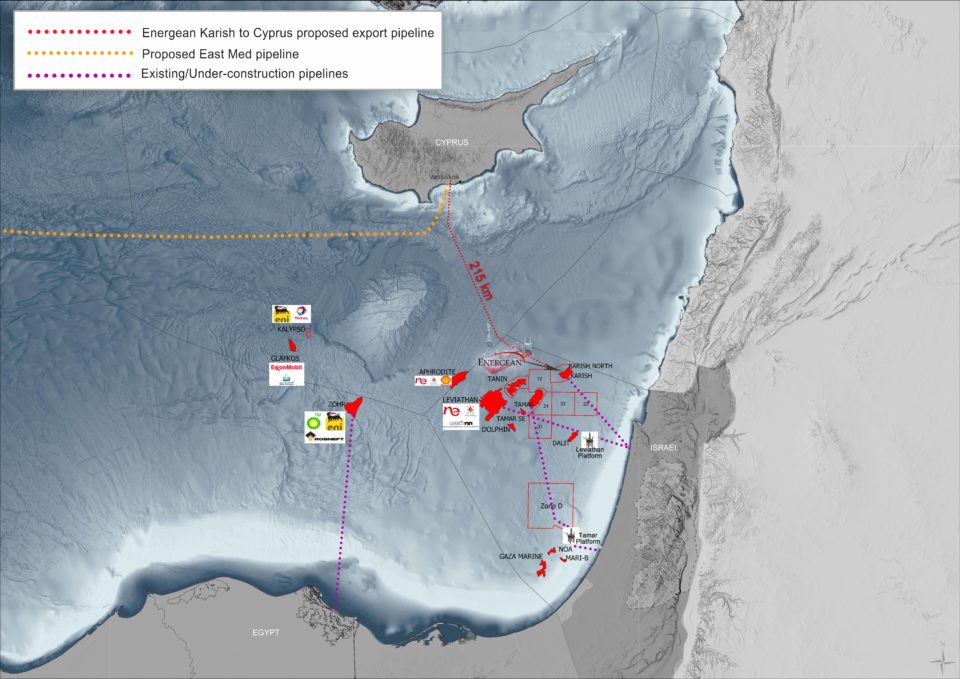 Greek oil company Energean said on Tuesday it has formally applied to Cypriot authorities to pipe natural gas to the island, adding that the gas could flow as early as 2021.

In a press release, the company said its subsidiary Energean International has filed applications to the energy regulator here for importing and supplying natural gas to the island.

They propose to pipe gas from the North Karish field in Israeli waters to Vasilikos in Cyprus.

A Floating Production, Storage and Offloading (FPSO) unit for Karish is currently under construction, and is expected to come online next year. The proposed subsea pipeline from the FPSO to Cyprus would have a total length of 215km.

“Total investment will be circa $350 million and will be funded by Energean. The Republic of Cyprus will bear no upfront cost. Provided that there will be no delays in permitting procedures, the project will allow the Republic of Cyprus to receive competitively priced natural gas from 2021.”

Mathios Rigas, CEO of Energean, added: “Energean’s proposal offers the Republic of Cyprus the option to switch to natural gas as soon as possible, and under the most competitive terms. Execution of the proposal will bring competition to the Cypriot natural gas market, decrease energy costs across the economy and result in enhanced diversity and security of supply.”

Energean said it has signed Letters of Intent with all three independent power producers (IPPs) who’ve been granted a licence to construct combined-cycle power plants in Cyprus.

The company said its offer is ‘complementary’ to Cypriot government plans to import liquefied natural gas.

In August this year the Natural Gas Public Company (DEFA) announced a decision to award the tender for the construction of an LNG import terminal at Vasilikos. This will comprise a floating storage regasification unit (FSRU), a jetty for the mooring of the FSRU, pipelines, port and other facilities.

DEFA said at the time that the cost of importing and regasifying LNG would be kept below $10/mmbtu – the equivalent cost of oil at current prices.

DEFA has yet to close a separate deal for importing the actual LNG.

Energy analyst Charles Ellinas has said that even if DEFA were to buy from the spot market, the total cost for Cyprus would not be under $10/mmbtu.

By comparison, Ellinas estimates Energean’s pitch would cost under $7/mmbtu.

Christmas trees to go on sale at forestry departments