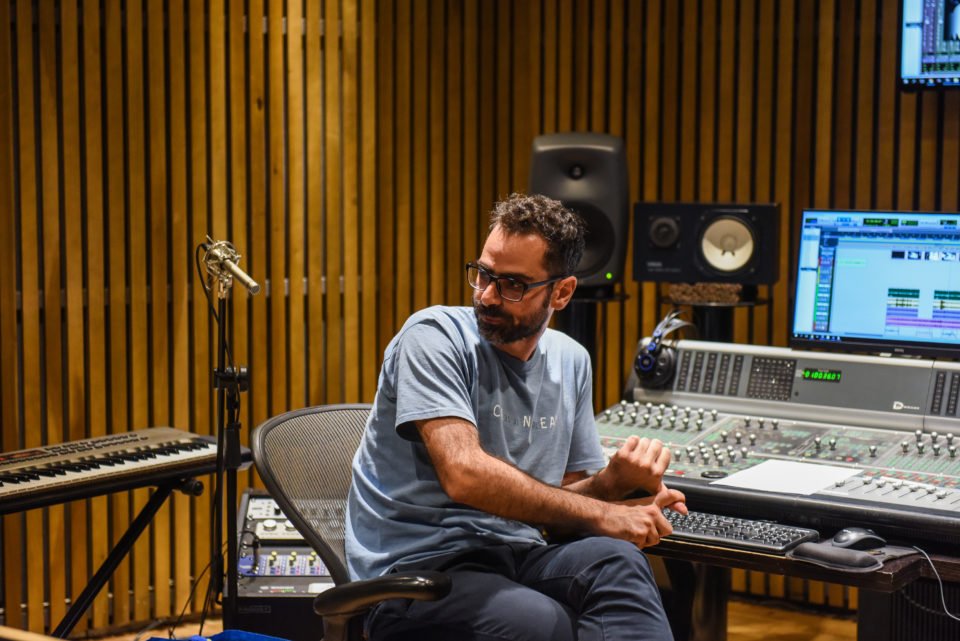 Supporting local musicians and bringing fresh, independent sounds to the wider Cypriot audiences is what Louvana Records has spent the past decade doing. From large-scale music festivals to recording albums and everything in between, the Cypriot record label has been extremely active and, in a way, shaped new music sounds from the island. In honour of its 10-year-anniversary this week, Louvana Records looks back at its greatest achievements and shares what they’d like to see in music’s future.

Louvana’s journey actually started from London where co-founder Lefteris Moumtzis was living at the time. He would independently organise live music nights and when he returned to Cyprus in 2009 had the idea of doing a festival of acoustic music with local acts and musicians. Creating the first Louvana Festival of Acoustic Music with Louvana co-founder Andreas Trachonitis, was the beginning of their voyage.

Now, 10 years later, their career has been action-packed. “It has been very fulfilling compiling a book for our 10 years,” say Lefteris and Andreas. “We realised that so many things that we dreamt of creating early on have manifested into reality. And we are grateful for that. Seeing that through our work a fair number of artists have been motivated to create and evolve makes us feel immensely fulfilled.”

For most people, whether they’re into music or not, the words Louvana Records usually bring to mind one thing, Fengaros Music Festival. The annual summer festival is the record label’s greatest hit and a recurring success.

“Definitely every time that the lights go on on the big stage of Fengaros, that’s always something. It’s the moment we feel that all the work of 11 months was worth it. The memories are endless, and they are beautifully portrayed in the exhibition curated by Orestis Kalvaris that will be on for the whole of Evdomada Louvana at Prozak, as well as in the book, curated by Eleni Xenou.”

Until Saturday Louvana Week will host live music gigs, open discussions and an exhibition. Held at Prozac, the exhibition chronicles Louvana’s work through its collaborators and material gathered. Think photos, multiple posters and audio-visual documents from Louvana Records’ past concerts. In addition, journalist Xenou has created a book containing artist texts as well as a timeline of the events throughout the years.

As creators of music and supporters of independent acts, Louvana Records said they want the music scene to be taken more seriously, not only by people but the industry as well. “The lack of venues that support original music kills a potential music scene. There are no motives for musicians to maintain a desire of playing live. As far as music creation is concerned, we are in the best phase that we have ever been and that needs to be supported in every way.”

When it comes to the public, Lefteris and Andreas said they wish people understood that music can also be a job, and it needs to be paid and supported like any other job, not just as a hobby. “Through these ten years we have definitely seen audiences grow, evolve and develop their taste and aesthetics, and that is wonderful and encouraging to see.”

So, what’s on the horizon for Louvana Records? The record label is looking at more sustainable ways to have a career in music in Cyprus, as well as growing their festivals and becoming even more influential to make local music creation a significant part of the culture, here and beyond. They also aim to release more quality records and videos mainly from local artists.

Until then, Louvana Week has plenty in store for Nicosians. On Tuesday afternoon (November 19) Fotis Siotis is holding a looping masterclass at the Ethniko Odio Kyprou and later Lefteris, also known as Freedom Candlemaker, will present an intimate solo at Prozac, followed by Greek guitarist Kostas Makrygiannakis.

Wednesday and Thursday also hold more concerts at Prozac in honour of Louvana’s 10 years. “The week is a mix of artists on the label, artists that we have hosted in previous festival editions and new Cypriot artists. It is basically a perfect blend of what Louvana is about. It sort of outlines our musical taste, and honours our collaborations with new and older artists from Cyprus, but also Greece and England. It’s all top quality stuff that we are very proud to be presenting.”

A series of events, live performances and an exhibition celebrating the 10-year anniversary of record label Louvana Records. Until November 23. Multiple locations. Tel: 7000-7610