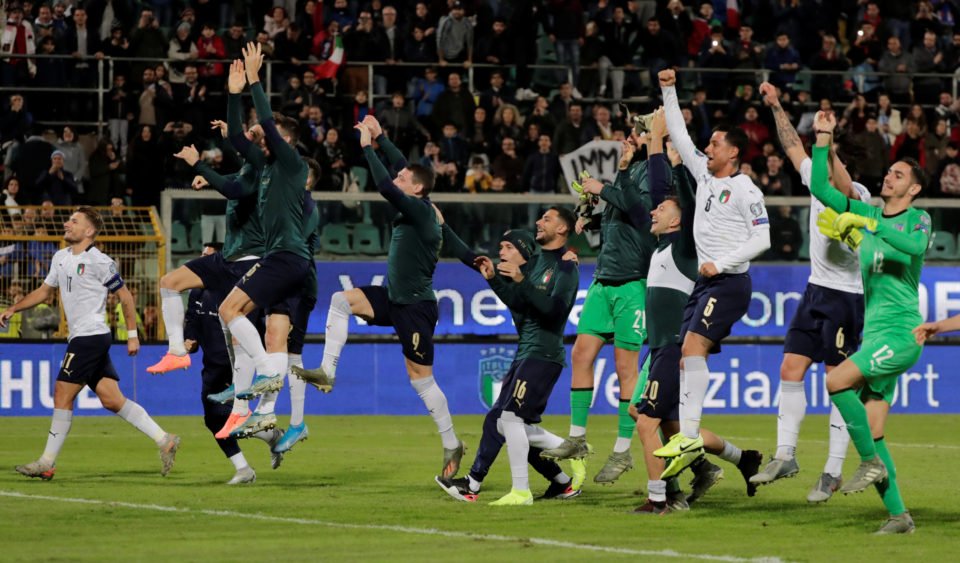 Only 14 months ago Italians were wondering where national coach Roberto Mancini was going to find enough quality players to produce a team worthy of the country’s history.

Their biggest names were well into their thirties while the most promising youngsters were stuck in the reserves at Serie A clubs. “The use of Italians has never been so low,” he said at the time.

Now Mancini’s biggest headache is who he will leave out of the 23-man squad that will head for Euro 2020 in June.

Few coaches have rebuilt a team as quickly and as impressively as Mancini, who took over in May last year with Italy in disarray after their failing to qualify for the 2018 World Cup.

After losing 1-0 to Portugal in September last year, their fourth competitive match without a win, there was a feeling not even Mancini could rescue them. “Italy always going downwards,” said Gazzetta dello Sport.

Yet Italy stormed through their Euro qualifying group with a perfect record, culminating in Monday’s 9-1 demolition of Armenia, and are on a record-breaking run of 11 successive wins.

The 54-year-old coach has shown remarkable faith in young players and a talent for injecting confidence and helping them to perform to the best of their ability.

Over 19 matches he has selected 65 players and given international debuts to 24.

Among those was Nicolo Zaniolo, who was called up last year before he had even made his Serie A debut.

Zaniolo, who scored his first two Italy goals against Armenia, is now regarded as one of the most promising players Italy has produced in recent years.

More surprising is that Mancini has given chances to late developers such as forward Kevin Lasagna and defender Armando Izzo, who made their Italy debuts at 26 and 27 respectively.

Last month Mancini also called up 26-year-old Giovanni Di Lorenzo, who reached Serie A only last season after spells with Empoli in Serie B and Matera in the third tier of Italian soccer.

“Something special has happened. We have won all the games with a squad that people did not have much faith in,” Mancini said.

“I think the public have taken to them because they are young lads, from so many different teams. They’ve played well and kept a high standard.”

“There is a little bit of Brazil in this team,” he said. “Our mentality is to attack, enjoy ourselves and always look to score.”