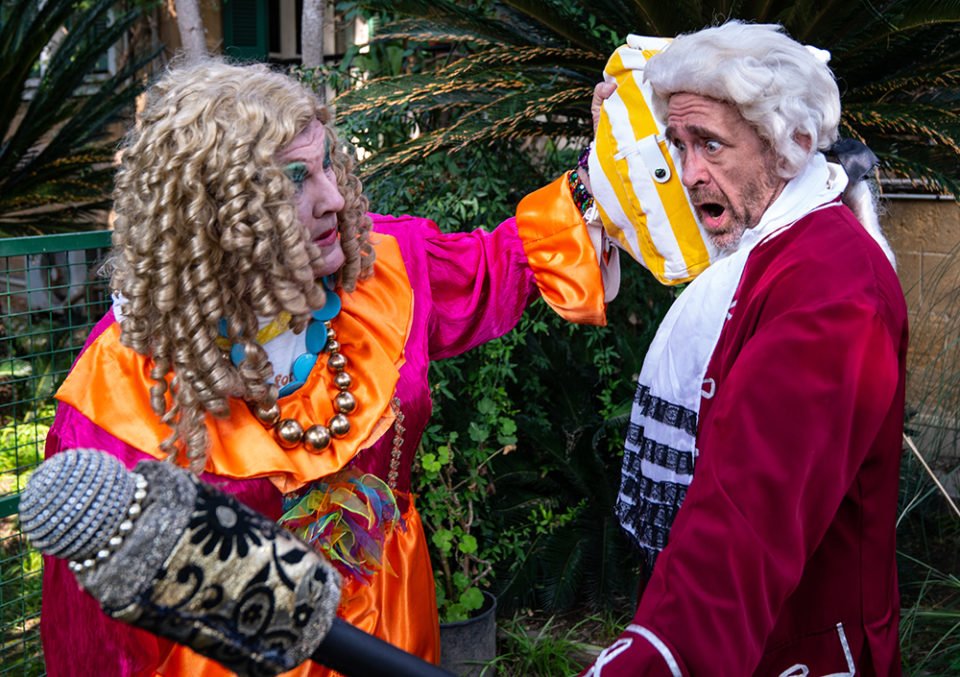 It’s panto season, and we’ve two main events taking place over the next few weeks. This first is the Anglo Cypriot Theatre’s Sleeping Beauty, taking place at the Russian Cultural Centre, Nicosia, from November 30 to December 8. It’s the traditional story, nicely spiced with unique twists: large men cast in female roles, long-legged women as charming princes, truly nasty fairy godmothers, and ghosts lurking in the forests. Nothing is ever quite as it seems. And that’s what’s so great about panto.

“Pantomimes are fun – a chance to enter the realm of fantasy, enjoy a vivid spectacle of colour, singing and dancing, laugh at the endless jokes and join in with the action – booing at the baddies and encouraging the goodies,” explains director Mike Baulch. And he should know: he’s been at the helm for the last three ACT pantos, directed 12 of the group’s productions, and taken leading roles in scores more.

Under his aegis, Sleeping Beauty is on track for six performances. Rehearsals have been underway for months, the set’s being painted (and WILL be dry on the night), costumes are being constructed, and the dancers (courtesy of the London School of Ballet) are perfecting their twirls.

“Sleeping Beauty is one of the best-loved fairytales,” says Mike. “The music, costumes, and settings are indeed magical and this year’s production promises fun, frolics, singing, dancing and much, much more! It is,” he adds, “a wonderfully entertaining story…”

‘Never have the Royal Family of Entertainia seen such goings on, never in a hundred years!’ we’re told. ‘A terrible disaster is about to befall the beautiful baby Princess – daughter of King Cedric VII and Queen Semolina – at her christening. Of course the Good Fairy (Delicious by name and nature) is there to give her blessing. But the Bad Fairy (Malicious, and boy is she!) is furious at not having been invited to the celebrations; arriving unexpectedly, she casts an evil spell which ensures that, at the age of 16, the Princess will prick her finger on a spinning wheel and die.

‘Despite the best efforts of the King and Queen (not to mention Dame Ammonia Goodbody, the Royal Nurse), the terrible prophecy is fulfilled, though the Good Fairy mitigates the worst of the spell’s effects by sending the entire Royal Court – along with the lovely Princess Aurora, lying spell-bound in the briar-wreathed palace – into a century-long sleep.’ Of course the plot doesn’t end there. Because heading for the palace is the human equivalent of an alarm clock, the dashing Prince Valiant…

ACT are offering three sets of family tickets to those who are – 28 years on – introducing their own families to the magic of Christmas pantomime – call 99 593236 to be in with a chance! 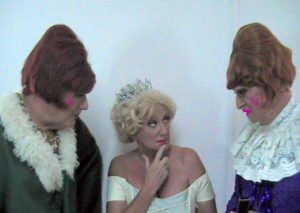 Our second panto comes courtesy of Stage One Theatre Emba. Taking place on December 1 (matinée) and from December 5 to 9 (7.30pm) at the group’s own theatre, Cinderella 2: The Uglies Revenge’ promises “comedy and music for all the family.”

Written and directed by Doug Craig, it boasts a fantastic plot; a delightful twist on the ashes to riches tale. “Five years on from the original story, the ugly sisters and the Baroness are plotting revenge on Cinderella for stealing away the prince,” Doug reveals.

“It’s a panto aimed more at grownups, as our audiences are mainly older people,” he adds. “There’ll be lots of jokes, oodles of singing and dancing, and all the elements you’d expect from a traditional pantomime: audience participation, a bit of sweetie throwing, and evil spirits lurking in the forest.” Of course kids are very welcome, and will no doubt enjoy the matinée performance: “Whatever the age of our audiences, I’m sure they’ll leave elated,” says Doug. And that’s exactly what panto – whatever, the story, and wherever it’s staged – is all about: having a Jolly Good Laugh.