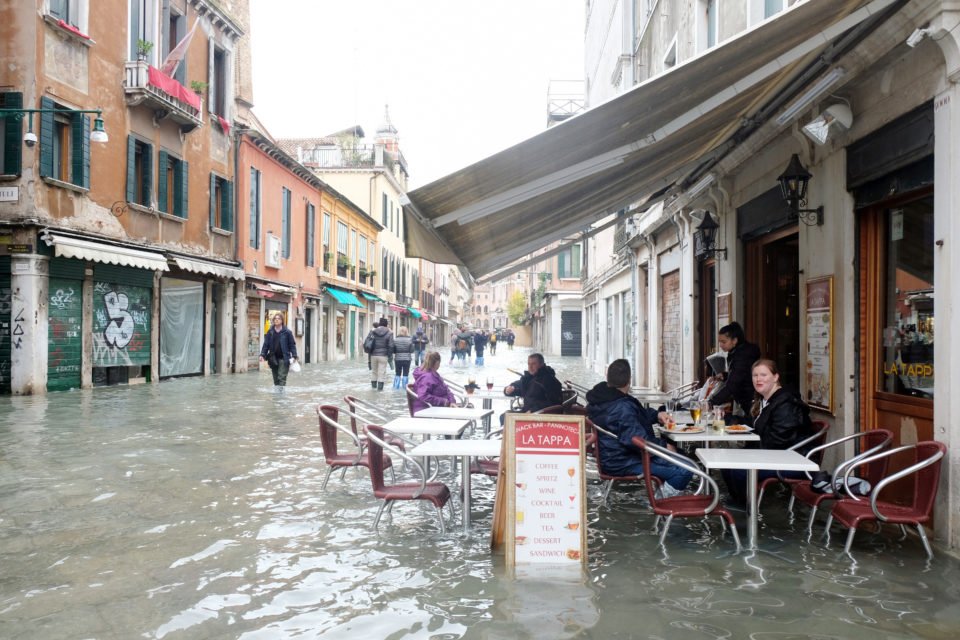 Venice’s historic Saint Mark’s Basilica will need millions of euros of restoration work after it was flooded this week for just the sixth time in 1,200 years, leaving its delicate marble mosaics exposed to destructive salt water, its curator said.

Saint Mark’s, the personal chapel of the Doge of Venice during the medieval and Renaissance periods, is the most famous of a host of monuments endangered by the worst week of flooding seen in Venice since 1872.

Experts fear corrosive salt crystals, left encrusted on the Basilica’s marble floor and mosaics when the floodwaters receded now risk eating into their surface and weakening the crypt which supports the body of the church.

The city, built on a collection of small islands within a saltwater lagoon, suffered hundreds of millions of euros of damage when floodwaters reached their second-highest level in more than 50 years this week.

But no help will be forthcoming from insurers, which refuse to provide flood coverage to a city where it is a regular occurrence that has been getting worse under the influence of climate change.

Pierpaolo Campostrini, head of the Fabbriceria, the foundation that oversees the preservation and maintenance of the Basilica, estimated the cost of the immediate clean-up at 5 million euros ($5.54 million) but said experts were still evaluating the damage.

“We have some money put aside and will tap the government for the remaining part,” he said, adding many organisations and individuals from all over the world were offering financial support.

Saint Mark’s, which attracts millions of visitors from around the world every year, is likely to benefit from its popularity with tourists, much as Notre Dame cathedral in Paris did when it was badly damaged by fire earlier this year.

“So many signs of affection for Saint Mark’s Basilica make me think that we’ll be in the position to keep up our great responsibility of preserving one of the most precious gems of Venice and of the entire world,” Campostrini said.

Russian oligarchs have offered up to one million euros to help Venice, Italian Ambassador Pasquale Terraciano said, and Russian conductor Valery Gergiev will hold a concert on Tuesday at the Italian Embassy in Moscow to raise funds for the city.