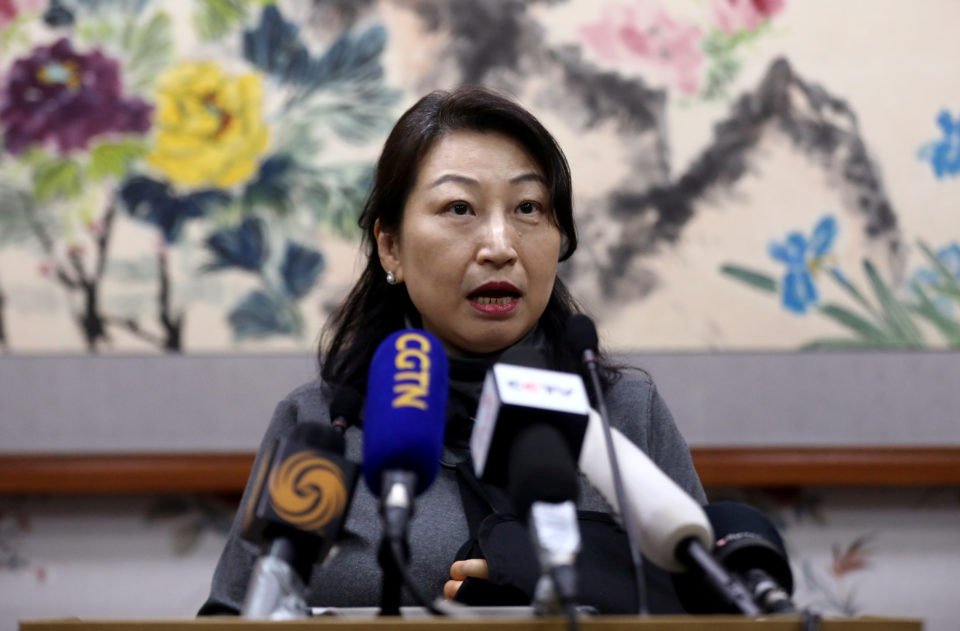 A former employee of Britain’s consulate in Hong Kong said Chinese secret police beat him, deprived him of sleep and shackled him in an attempt to force him to give information about activists leading pro-democracy protests.

Hong Kong, which was returned to China by Britain in 1997, has been convulsed by sometimes violent protests and mass demonstrations, the biggest political crisis for Beijing since the Tiananmen Square protests of 1989.

Simon Cheng, a Hong Kong citizen who worked for the British government for almost two years, said he was tortured while detained for 15 days as he returned from a trip to mainland China in August.

“I was hung (handcuffed and shackled) on a steep X-Cross doing a spread-eagled pose for hours after hours,” Cheng said in a post on Facebook.

“Sometimes, they ordered me to do the ‘stress tests’, which includes extreme strength exercise such as ‘squat’ and ‘chair pose’ for countless hours. They beat me every time I failed to do so using something like sharpened batons.”

In an 8,000 word description of his experiences, Cheng relates a nightmare of repeated physical abuse, threats and questioning about Britain’s alleged meddling in the protests.

At one point in the interrogation by secret police, he was given a bizarre lecture about astronomer Nicolaus Copernicus whose unpopularity in the 16th Century was used to justify the argument that China was not ready for democracy.

Cheng was accused of being a British spy and questioned at length about protest leaders and their links to the London School of Economics. Eventually, it was proposed, he should work for the Chinese “motherland”.

“I was suspected of being a mastermind and British proxy to incite and organise the protests in Hong Kong,” Cheng said.

“Simon Cheng was a valued member of our team. We were shocked and appalled by the mistreatment he suffered while in Chinese detention, which amounts to torture,” Foreign Secretary Dominic Raab said.

“I summoned the Chinese Ambassador to express our outrage at the brutal and disgraceful treatment of Simon in violation of China’s international obligations,” Raab said.

Cheng, who said he supported the Hong Kong pro-democracy movement, said he would not seek judicial redress as he had no faith in the Chinese legal system.

Hong Kong was handed over to China by the colony’s former ruler Britain in 1997 but enjoys a degree of autonomy under the so-called “one country, two systems” formula.

China’s ambassador to London on Monday accused foreign countries including the United States and Britain of interfering in Chinese internal affairs through their reactions to the violent clashes taking place in Hong Kong.

Cheng was forced to give a written confession for betraying the motherland, a statement of apology and a confession for “soliciting prostitution”. He was instructed to sing the Chinese national anthem and recorded singing.

He was told that if he spoke about his experiences he would be spirited out of Hong Kong back to mainland China.

“I won’t give up the fight for human rights, peace, freedom and democracy for the rest of my life, no matter the danger, discrimination and retaliation I will face, and no matter how my reputation will be stained, and no matter whether my future would be blacklisted, labelled, and ruined,” Cheng said.

Children should face no discrimination, no exclusions, says commissioner