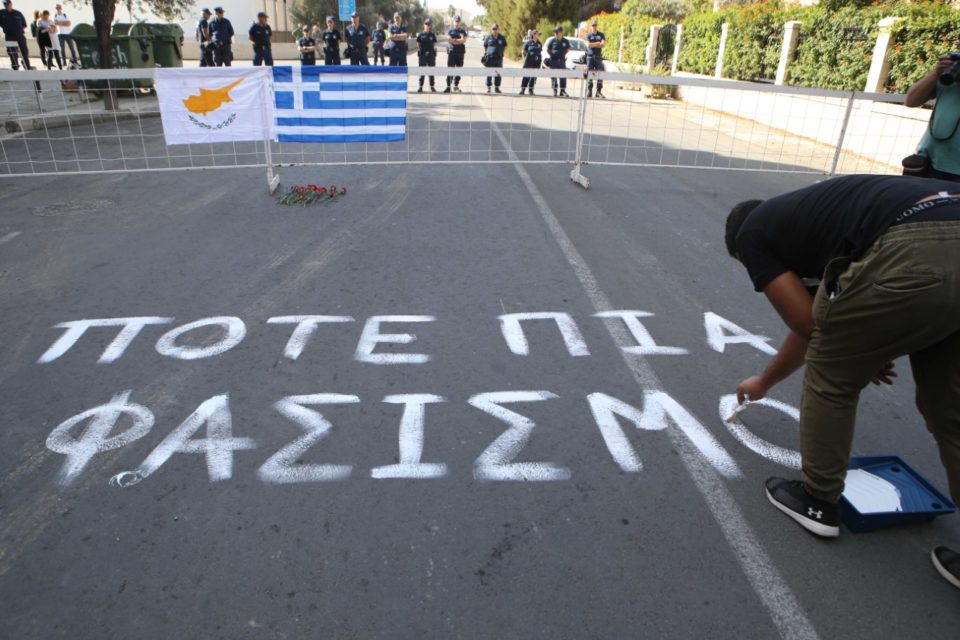 The traditional march by students to the US embassy to mark the anniversary of the uprising of the Athens Polytechnic students against the Greek Junta on November 17, 1973 was held on Monday. The peaceful protest was a day late but you can’t expect students to sacrifice their Sunday for it, when on Monday they would miss classes for a worthy cause.

The march is an annual fixture even though the turnout is small. It is organised by the Akel-controlled student groups which continue to embrace the Soviet Union-inspired propaganda of the Cold War era, which portrayed the US as the source of all evil in the world. That the students march to the US embassy every year to mark the suppression of the polytechnic uprising by Greece’s military dictatorship chanting “Murderers of peoples – Americans” is an indication of the lasting success of Soviet propaganda in the Greek world.

Greece’s junta was a totalitarian regime, but nowhere near as repressive as the Soviet-controlled police states of the Eastern Bloc, which Cypriot students never saw anything wrong with at the time – the enemies of peoples were the Americans and the West while communism was promoting democracy and human rights. It is quite depressing that the youth of today unquestioningly accept this propaganda, repeating the slogans of that era.

Ironically on the same day these youths were marching to the US embassy, Foreign Minister Nicos Christodoulides was in Washington for a meeting with Secretary of State Mike Pompeo. The Anastasiades government has been pursuing closer ties with the US in the last year or so, having decided these would help its energy plans. A statement of intent was signed last year, aimed at enhancing bilateral cooperation on security and the two sides were happy with progress achieved.

Closer relations with the US are considered an imperative, especially now that Turkey and Russia have becomes allies. The government has come under criticism for moving Cyprus closer to the US by anti-American champions of Akel, who have still not discarded their Cold War thinking, 30 years after the collapse of communism and the demise of the Soviet Union. At least the government is not deterred by the anti-West warriors of the Left and their unwavering animosity towards the US.

Perhaps now there is a government that has decided closer ties with the US are in the national interest and is not afraid to pursue them, Akel’s Cold War era rhetoric will finally be seen for the joke it is.

New bill seeks to help those with social insurance debts

Improved traffic lights in Nicosia by May 2020