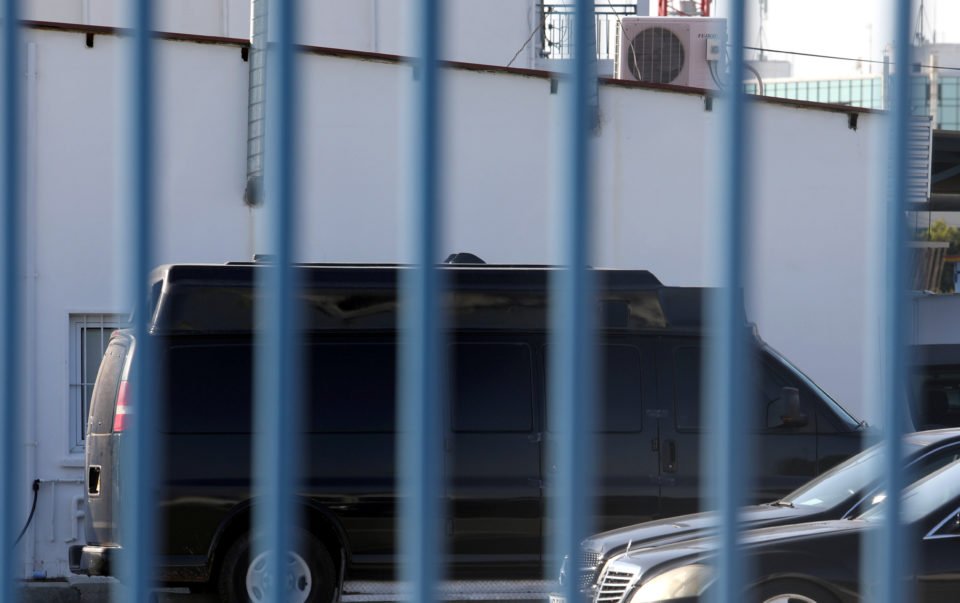 A van at police headquarters in Nicosia

The company that owns the ‘spy van’ which is currently being investigated by authorities denied any wrongdoing on Wednesday and added it had no connection with the island’s political parties.

“Throughout its operation, the company has not sold or rented any intelligence systems to Cypriot authorities,” WiSpear said.

“The shareholders of this company never had any dealings with any political party whatsoever, either on a personal or professional basis.”

The company was responding to reports that suggested numerous entities on the island, including ruling Disy party may have used the services of the company that owns the van.

WiSpear added that the van has not been active on Cypriot territory apart from field tests and demonstration purposes using only company-owned devices and under the guidelines and acknowledgement of local authorities.

Police launched an investigation after an Israeli national, Tal Dilian, an ex-intelligence officer and one of WiSpear’s directors, gave an interview to Forbes essentially advertising his services, which included covert surveillance and eavesdropping, among others.

The van has since been seized while police are investigating potential violations of privacy.

The vehicle, a converted GMC ambulance, is said to be loaded with gear capable of hacking smart phones and intercepting electronic communications within a one-kilometre radius.

The interview was published months ago but was only picked up in Cyprus last week.

On Tuesday, attorney-general Costas Clerides said there was no reason at the moment for him to intervene in the spy van case.

“Only if there is evidence indicating that the police, which is responsible for the investigation, cannot be seen as impartial and objective because of being involved in the matter itself,” Clerides said.

Main opposition Akel has repeatedly asked for explanations on the matter and a meeting was scheduled with President Nicos Anastasiades on Friday.

Reports said Disy chief Averof Neophytou had met with an Israeli national in the past, suggesting it could be Dilian.

In a written statement, Disy said Neophytou had never had any contact with Dilian nor was he in any position to know what his relation may be with other members of the Jewish community in Cyprus.

Neophytou, according to the statement, held a meeting at his office with the leader of the Jewish community in Cyprus Shahak Avni during which they discussed matters relating to the community.

“The Disy chairman knows Mr Avni through his activity as an active member and chairman of the Jewish community in Cyprus.”

Daily Politis reported that Avni is the businessman to whom the cabinet had granted a firearm permit. He had also been granted a police guard.

The Israeli businessman was also linked by Politis to Larnaca-based company CIS International Ltd, which is related to NCIS Intelligence & Security Services Ltd.

News portal tothemaonline.com had reported a couple of years ago on the operation of NCIS. In 2016 police investigated the matter, revealing that services had been sold to numerous clients in Cyprus, including ruling Disy.

A document of the police probe published by tothemaonline, shows that the company had installed a security system at the Disy building.

NCIS is also based in Larnaca and according to its website, it was “registered in Cyprus by a group of former military and government officials, which includes partnerships with some of the strongest and innovative defence and technology-oriented companies in the world.”

“Both NCIS and CIS have strong links with sources of high technology and are experts in the field of security and surveillance systems.”

NCIS says it offers “security solutions such as surveillance equipment, security guards patrol services, monitoring services and spy gadgets produced and sold by its experienced marketing and sales team. NCIS offers its customers tailor made security solutions; from the installation of intruder detection systems to the production and use of sophisticated surveillance equipment.”

In its news release on Wednesday afternoon, WiSpear said it had been incorporated in 2013 and started operating in early 2017, adding that its operation in Cyprus was not linked with the Jewish community living on the island.

“The sole purpose of the company is the sale of products and technology it develops, and it does not provide intelligence services to any of its clients.”

The Jewish community expressed serious concerns over the media reports and rejected any claims and accusations.

In a statement on Wednesday afternoon, the community said its chairman was not the van’s owner, nor was he a shareholder or held any position in the companies referred to by the media.

The statement said the head’s role was to meet political leaders and others to discuss matters of concern of Jewish community in Cyprus.

“Because of this role, the chairman of the community had in the past been the target of threats by foreign terrorist organisations and that is the reason he was afforded police protection by the authorities,” it said.