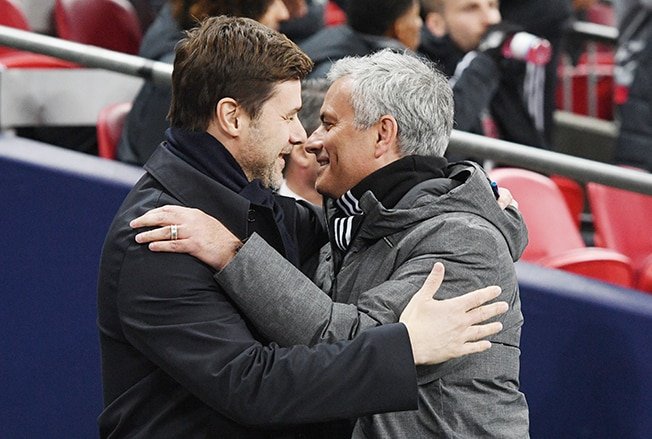 Tottenham Hotspur have named Jose Mourinho as their new manager on a contract that runs until the end of the 2022-23 season, the Premier League club said on Wednesday.

The 56-year-old Portuguese returns to management for the first time since being sacked by Manchester United in December, and replaces Mauricio Pochettino, who was sacked on Tuesday.

“In Jose we have one of the most successful managers in football,” Spurs Chairman Daniel Levy said in a statement on the club website https://www.tottenhamhotspur.com/news/2019/november/jose-mourinho-appointed-new-head-coach.

“He has a wealth of experience, can inspire teams and is a great tactician. He has won honours at every club he has coached. We believe he will bring energy and belief to the dressing room.”

Spurs, who currently sit 14th in the league, are the third Premier League club that Mourinho will manage.

“I am excited to be joining a club with such a great heritage and such passionate supporters,” Mourinho said. “The quality in both the squad and the academy excites me. Working with these players is what has attracted me.” 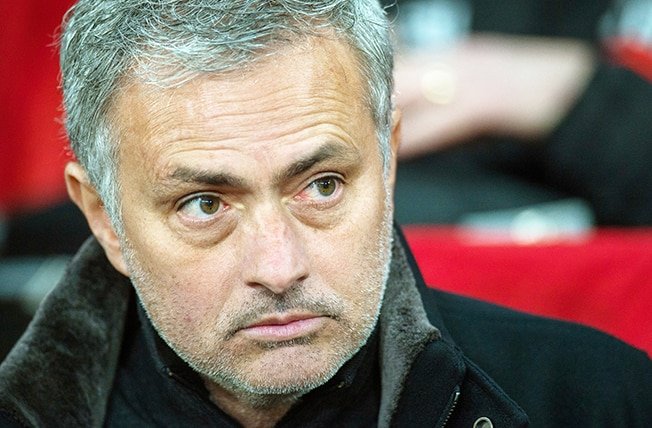 1992 – After a modest playing career, accepts a job as an interpreter for former England manager Bobby Robson at Sporting Lisbon.

1996 – Moves with Robson to Barcelona in 1996 and helps them win the King’s Cup, Super Cup and European Cup Winners’ Cup.

2000 – Takes his first job as a fully-fledged coach at Benfica but falls out with the club’s president and quits.

Joins Porto in 2003 and wins the UEFA Cup and domestic cup double in his first full season in charge. In 2004 they win a second successive domestic league title and the Champions League with a 3-0 win over AS Monaco.

After the match Mourinho says he will leave and is soon appointed coach of Chelsea on a three-year contract.

Leads Chelsea to their first top-flight title for 50 years and they retain the Premier League trophy a year later.

Chelsea finish second in the league behind Manchester United in 2007 and lose to Liverpool in the Champions League semi-finals but win the League Cup and FA Cup.

Club announce Mourinho’s departure in September 2007 after a falling out with Russian owner Roman Abramovich.

Mourinho replaces Roberto Mancini as coach of Inter Milan in June 2008. Wins the Serie A title in his debut season.

In 2010, he ends the club’s 45-year wait for a third European crown as they complete a Champions League, Serie A and Italian Cup treble.

Quits after a series of run-ins with the Italian football establishment.

Becomes coach of Real Madrid in May 2010, signing a four-year contract.

Mourinho agrees a two-year contract extension in May 2012 that ties him to Real until 2016.

Dressing-room divisions come to the fore in 2013 after defeat by Borussia Dortmund in the Champions League semi-finals and Mourinho and Real end the season on a low after losing 2-1 to Atletico Madrid in the King’s Cup final on May 17.

Days later it is announced he will leave Real.

Mourinho is named Chelsea manager for the second time on June 3, 2013, on a four-year contract.

His first competitive game back in charge ends in a 2–0 home win over Hull City.

The Portuguese suffers his first-ever home league defeat as Chelsea manager, a 2–1 reverse to Sunderland on April 19, 2014.

After a strong start to the Premier League season, Chelsea beat Tottenham Hotspur 2–0 in the 2015 League Cup final to claim their first trophy of the campaign, also handing Mourinho his first silverware since returning to Stamford Bridge.

Chelsea are crowned league champions on May 3 after beating Crystal Palace with three games to spare.

Mourinho is named Premier League manager of the season.

Holders Chelsea go out of League Cup in fourth round, losing on penalties at Stoke City.

After a 2-1 defeat at Leicester City, Mourinho accuses some players of “betraying his work” and says he feels “ashamed” as Chelsea hover one point above the relegation zone, 14 points outside the Champions League places.

Chelsea announce on Dec. 17 that Mourinho is leaving the club.

Mourinho is named Manchester United manager on May 27, 2016, on a three-year contract.

He claims his first silverware with United three months later after his team beat Leicester City in the Community Shield on Aug. 7.

United finish sixth in the league in Mourinho’s first season, one place worse off than they were the previous season, but beat Ajax Amsterdam to win the UEFA Europa League.

Leads United to a second-placed finish in the Premier League in the 2017-18 season but the team end their campaign 19 points behind league winners Manchester City.

Mourinho is criticised for United’s Champions League last-16 exit at the hands of Sevilla and the club also lost the 2018 FA Cup final to his former club Chelsea, ending the season without a trophy for first time in three years.

United lose two of their opening three league games the following season, including a 3-0 defeat by Tottenham, which marks the biggest home defeat of his career. Mourinho complains about ‘respect’ to media after the game.

United are dumped out of the League Cup by second-tier Derby County on Sept. 25, 2018 and a 3-1 league defeat by West Ham United four days later confirms their worst start to a new season in 29 years.

The following month, Mourinho is investigated by the FA after allegedly swearing in Portuguese to camera after 3-2 comeback win over Newcastle United.

United are beaten 3-1 by Manchester City in November and lose to fierce rivals Liverpool by the same scoreline on Dec. 16, leaving them 19 points adrift of the Premier League summit.

On Dec. 18, United announce that Mourinho has been sacked with the club sixth in the Premier League.

A week of Italian Cuisine