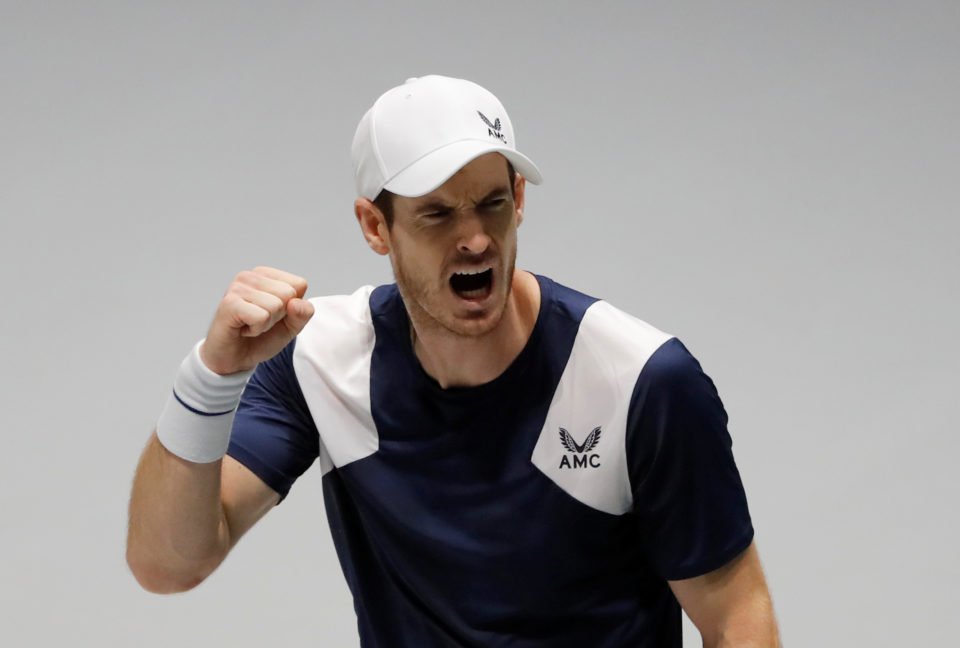 The Davis Cup Finals schedule was thrown into chaos on Wednesday as, for the second day running, the challenge of fitting in six ties in a day at La Caja Magica proved almost impossible.

The tie between Italy and the United States did not even start until 1:25 a.m. due to the late-running of the day matches and was further prolonged by tiebreaks in all three matches, ultimately ending past 4 a.m.

Sam Querrey and Jack Sock had to rally from a set down to prevail over Simone Bolelli and Fabio Fognini as the United States defeated Italy 2-1 — though both teams failed to advance.

“I’m tired for sure,” Fognini said.

Each tie, played on one of the three courts at the complex, consists of two singles matches followed by a doubles rubber.

Jamie Murray and Neal Skupski then beat Wesley Koolhof and Jean-Julien Rojer 6-4 7-6(6) but only after saving two set points in the second set. Had they not the Belgium and Australian fans outside in the drafty concourses would have been waiting even longer to cheer their teams on.

Germany’s 3-0 Group C win against Argentina on Court 2 also ran late — not by helped by the doubles rubber between Andreas Mies and Kevin Krawietz and Leonardo Mayer and Maximo Gonzalez involving three tiebreaks, the last of which ran to 38 points.

“It’s one of the longest days I’ve had sitting in the chair,” Britain’s captain Leon Smith said. “It’s been another day of incredible drama.”

The re-jigged Davis Cup format effectively squeezes a competition in which “home and away” World Group ties were played in February, April and September into one hectic week at a neutral venue. Eighteen nations have assembled in Madrid with 25 individual ties to be played in seven days.

Spain’s Rafael Nadal expressed his concern at the late matches on Tuesday, after the deciding doubles rubber in Spain’s tie started at 28 minutes past midnight.

“That makes big trouble for us, for the players and the same time for the people who are coming to the stadium,” he said.

Australian skipper Lleyton Hewitt, one of the fiercest critics of the ITF’s decision to revamp the competition, was also concerned about the impact on his players who were also playing late into the night on Tuesday against Colombia.

“No doubt it’s a problem,” he said. “It throws your sleeping pattern, eating, the guys have to get treatment after these matches, and then a lot of the times you’ve got to bounce back the next day as well,” said Hewitt.

“It’s just another thing we’re dealing with this week.”