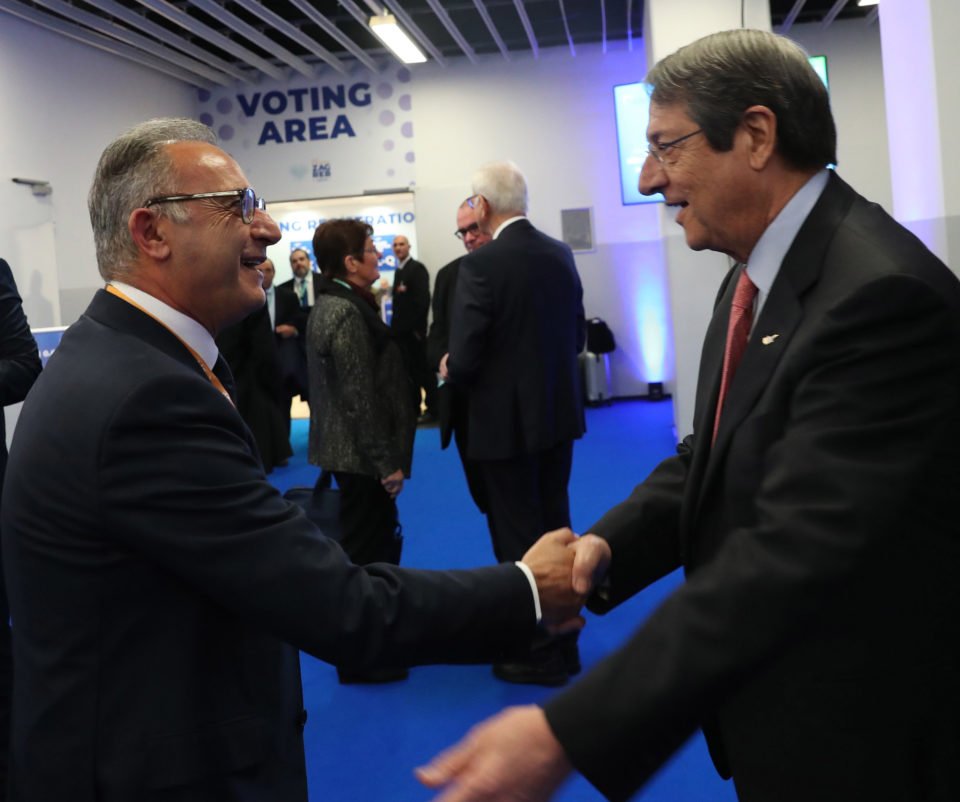 President Nicos Anastasiades on Thursday said EU support to Cyprus becomes even more important amidst a period of continued tensions and violations by Turkey in the island’s maritime zones.

He was speaking during his intervention at the deliberations of the European People’s Party (EPP) election congress taking place in Zagreb, Croatia.

The elections for the European umbrella group that includes Disy was for the new president and vice presidents of the EPP. Disy leader Averof Neophytou was a candidate but failed to get elected one of the group’s ten vice chair positions. Outgoing president of the European Council Donald Tusk, who ran unopposed, was elected as the EPP’s new chairman.

Anastasiades said that EU unity must cover all challenges that might compromise the principles, rules and laws of the bloc.

“Solidarity should be seen not as a burden, but as a vehicle which enhances and strengthens the union as a whole,” he said, adding such support becomes even more important in a period of continued tension and violations by Turkey in Cyprus’ maritime zones.

Despite Turkey’s illegal actions, Anastasiades said he was determined to work for a positive conclusion at his meeting in Berlin next Monday with the UN secretary-general and the Turkish Cypriot leader.

“Our aim remains none other than to reach a settlement that will reunite Cyprus; without any guarantees, foreign troops and external dependencies,” he said.

He also referred to the migration issue which, he said, needed to be addressed in a comprehensive manner by delivering on all fronts and not opting for a piecemeal approach.

“All migratory routes deserve the same attention and vigilance,” he said, adding that Cyprus continues to face disproportionate migratory pressures, remaining the top EU country for asylum applications in relation to its population.

He also raised the issue of climate change and the bloc’s budget.

On the sidelines of the congress, Anastasiades held a meeting with the EU head negotiator for Brexit Michel Barnier and had a brief meeting with German Chancellor Angela Merkel.

The EPP on Wednesday, on Disy’s initiative, had adopted an emergency resolution concerning the negotiations for the Cyprus problem and Turkey’s illegal actions in Cyprus’ EEZ and the Eastern Mediterranean.

In the resolution the EPP reiterated its support for a comprehensive, sustainable and viable settlement of the Cyprus problem, in accordance with the relevant UN Security Council Resolutions and EU law, values and principles.

To this end, the EPP “denounces any purported alternative solution proposed by Turkey for the creation of two states on the island of Cyprus”.

EPP also expressed its full support for Cyprus’ energy exploration programme and condemned “the provocative attempts by Turkey and the Turkish Cypriot leadership to bring Varosha under its own administration”.