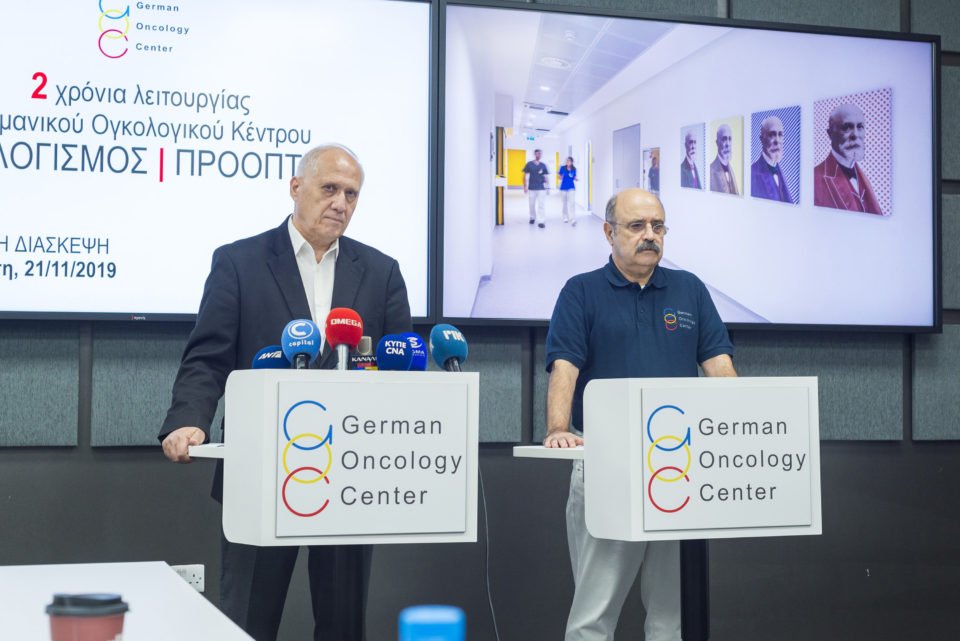 THE German Oncology Centre (GOC) in Limassol that celebrated its second-year anniversary last month said on Thursday it has diagnosed and treated 5,000 cases, while saving the state, patients and their families millions that would be spent for treatments aboard.

The centre announced on the occasion of two years of operation that it brought radiotherapy services closer to Limassol and Paphos patients and covered state shortcomings on the needs of cancer patients.

Citing a 2015 study conducted on behalf of the health ministry, the GOC said that radiotherapy contributes by around 40 per cent to cancer treatment. The study also said that if Limassol and Paphos residents had the same level of access to radiotherapy as those in Nicosia, 25 lives could have been saved annually, while if the treatment levels were improved, an additional 270 persons could have been saved each year.

The study had also pointed out that there was urgent need to install two linear accelerators in Limassol in order to drastically reduce the suffering of Limassol and Paphos patients and  need for a positron emission tomography – computed tomography (PET-CT) service to address needs on an islandwide basis. Also, the gap in specialised invasive radiology needed to be filled.

“The German Oncology Centre covered these weaknesses, gaps and needs within two years since they were identified,” the centre said.

According to data presented at a press conference by the centre’s chairman Kikis Kazamias and Director of the GOC Medical Council, Dr Nicos Zamboglou, so far more than 5,000 cases concerning diagnosis and treatment were addressed by the centre, excluding non-oncology diagnoses.

If the GOC did not exist, around half of these cases would have to be referred abroad, the centre said, with the state coughing up almost €5m, while patients and their relatives would also have to pay around €2m in travel and accommodation.

In addition, around 1,000 Limassol and Paphos residents would waste some 100,000 hours in travel time for treatment trips to Nicosia, it said.

For the first time in Cyprus, radioisotopes were used at GOC’s premises for diagnostic tests for oncological diseases in general, but also more specialised radiopharmaceuticals for prostate, brain and neuroendocrine malignancies, while specialised stereotactic prostate biopsy was also performed.

In the field of radiotherapy, stereotactic brain and body radiosurgery was performed, as well as endovascular brachytherapy for brain, tongue, lung, liver, pancreas, peritoneum, pelvis and foot.

In its premises, physicians from several hospitals of other countries including from Japan and Nepal were trained in brachytherapy and PET-CT.