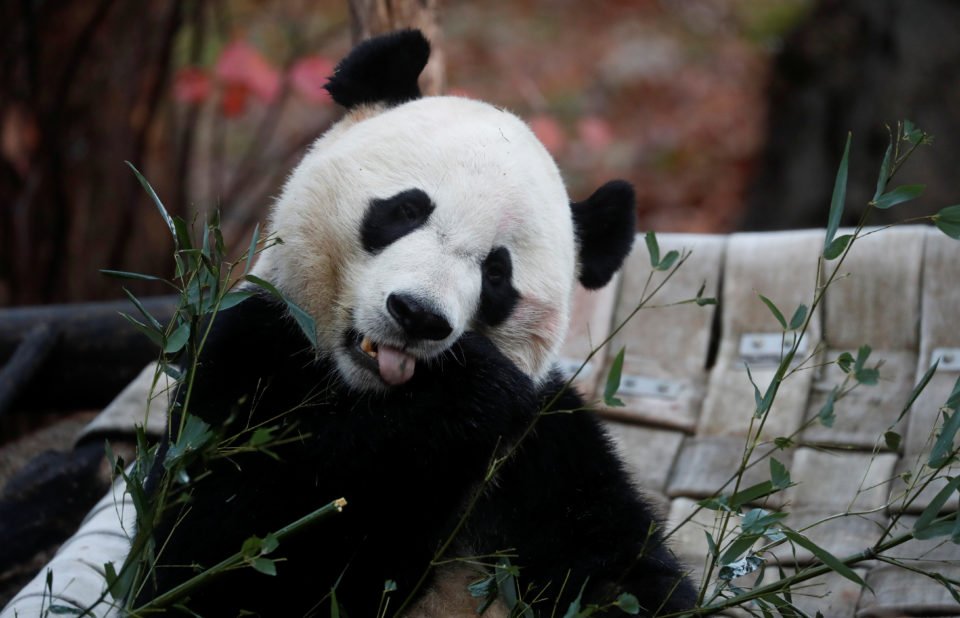 Bei Bei, the giant panda, is seen for the last time at the Smithsonian National Zoo

After a month of preparations and goodbyes, Bei Bei, the Washington National Zoo’s most eligible giant panda bachelor, was on his way to China on Tuesday, where scientists hope he will help increase the population of his species.

The departure of 4-year-old Bei Bei to his parents’ homeland had been pre-arranged and was announced last month by the zoo, where giant pandas have always been a visitor favorite.

Bei Bei, which means “precious treasure,” munched his last American breakfast of bamboo and leaf eater biscuits early on Tuesday before entering a custom travel crate that was loaded onto a truck for the trip to Dulles International Airport, the zoo said.

From there, he began the 16-hour direct flight to Chengdu, China, aboard a dedicated Boeing 777F flown by FedEx and stocked with his favorite snacks, such as bamboo shoots, pears, and cooked sweet potatoes, it said.

“Today is bittersweet,” zoo Director Steve Monfort said. “We’ve cared for Bei Bei, and along with millions, watched him grow into a true ambassador for his species.”

Visitors have spent the past few weeks getting their last looks as zookeepers got Bei Bei accustomed to his travel crate, first by training him to walk through it, then spending time inside with the door closed.

Breeding programs are key to efforts to reintroduce pandas into the wild. Thanks to reforestation to expand habitats in which the species can survive, pandas have been reclassified from “endangered” to “vulnerable” by the International Union for the Conservation of Nature. There are an estimated 1,800 giant pandas in the wild.

Bei Bei is not the first in his family to travel abroad. His parents, Mei Xiang and Tian Tian, arrived from China in 2000, and his older siblings Tai Shan and Bao Bao both packed their bags for China when they came of breeding age.

Mei Xiang and Tian Tian are the zoo’s only remaining giant pandas.

Zoo spokeswoman Pamela Baker-Masson did not rule out another breeding attempt, but added in an email that “Mei Xiang is of advanced maternal age so it is highly unlikely that she will have another cub.”

An artificial insemination last year of Mei Xiang, who has been at the zoo for 20 years, failed to produce a cub.

The zoo has collaborated with Chinese scientists on a breeding program since it received its first pandas in 1972 following President Richard Nixon’s visit to China.

Bids submitted for new Polis road as row rumbles on