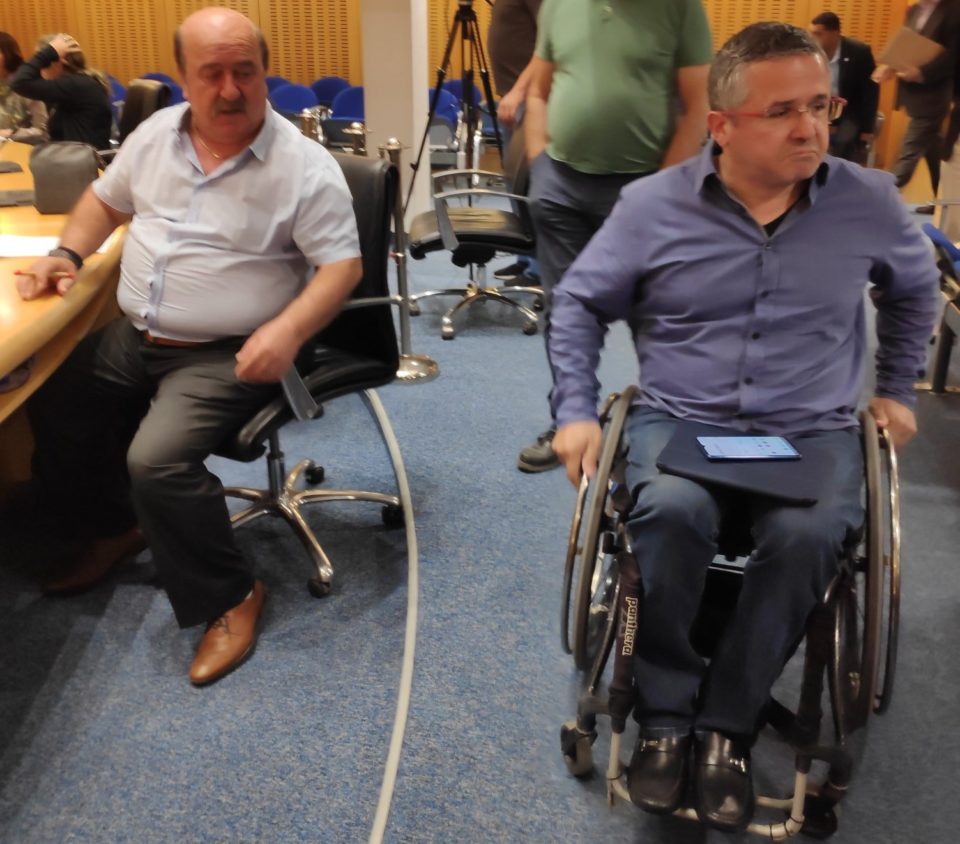 Chairman of the paraplegics’ association Demetris Lambrianides left parliament in protest on Thursday because he could not access the plenum with his wheelchair, although a straightforward and speedy solution was found on Friday.

Lambrianides had been invited to parliament to attend the inaugural session of the Parallel House on the environment, ecology, and health.

But he could not access the floor in his wheelchair as there was no ramp.

Lambrianides left the House in protest, saying he was not returning until a solution was found.

To add insult to injury, House President Demetris Syllouris told Lambrianides “that is why we want a new building sir. You were among those who wrote we shouldn’t build palaces.”

Syllouris was referring to the public criticism of plans to build a new parliament that is set to cost taxpayers €100m.

In response, Lambrianides said being accessible to all had nothing to do with palaces.

“It is important for your dignity, but also of all citizens, for me to be treated equally. With all due respect I am leaving until the problem is resolved.”

Following the fracas, the issue was resolved in record time by installing a platform that leveled the floor, allowing a person in a wheelchair to access the plenum.

Burpee turns 80: the exercise everyone loves to hate

Greece to ‘shut the door’ to migrants not entitled to asylum