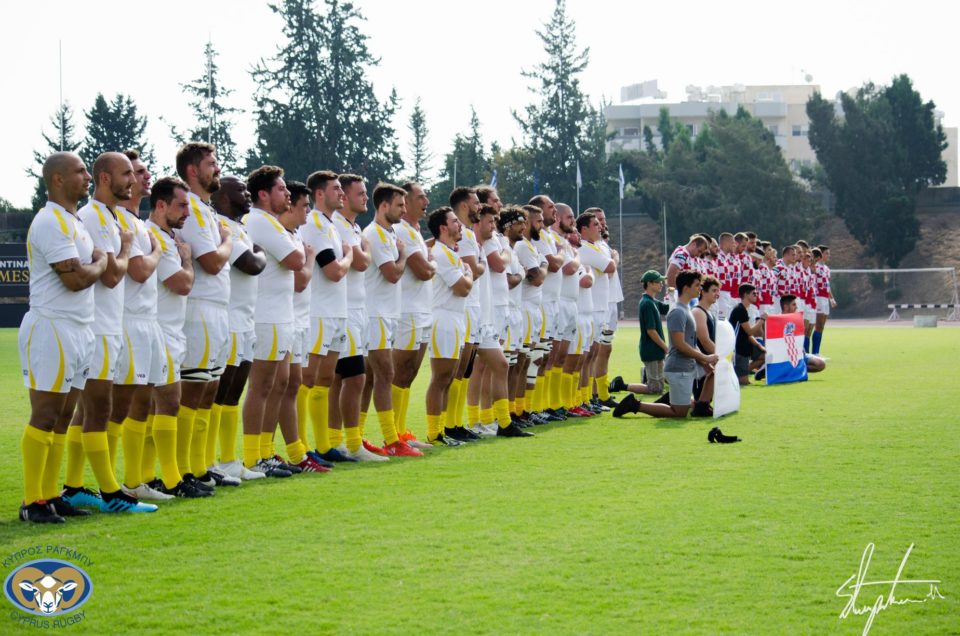 Malta, group favourites to win the division, host the Cyprus national rugby team on Saturday afternoon, with the Mouflons travelling to Poala in the south east of the country for the Rugby Europe International League clash.

The match, which kicks off at 2pm local time (3pm in Cyprus), will be broadcast live via rugbyeurope.eu

Cyprus’ first game at home to Croatia in Paphos ended in defeat. However, it was a game that was fiercely contested by the Mouflons and the result could have gone either way.

Unfortunately, Cyprus lost by a narrow five-point margin, which at least meant that they secured a bonus point.

The Mouflons currently sit in fifth position in the Conference South 1 division, having played just one game, with Israel and Slovenia on two points, both sides losing one game and drawing one following the game against each other.

Win or lose the game against Malta, if Cyprus’ points scored deficit is better than Slovenia and Israel’s, they could climb to third place in the group.

Teams get four points for a win, two points for a draw and one bonus point if three tries or more are scored or if the loss is by seven points or less.

Although the underdogs for this game, Cyprus have improved significantly from last season and will take a lot of confidence from how they played against Croatia in their group opener.

Head Coach Andrew Binikos said: “We went into the game as underdogs, against a very strong Croatia team. With the way we played, we were disappointed not to come away with all the points, however there are several positives to be taken into our next game against Malta”.

Also look out for the Cyprus Rugby Federation online store with all official merchandise, which is coming soon.

A post-match report of the Malta v Cyprus match will be available in Monday’s edition of the Cyprus Mail as well as online.

Our View: Claims for new Polis road difficult to believe