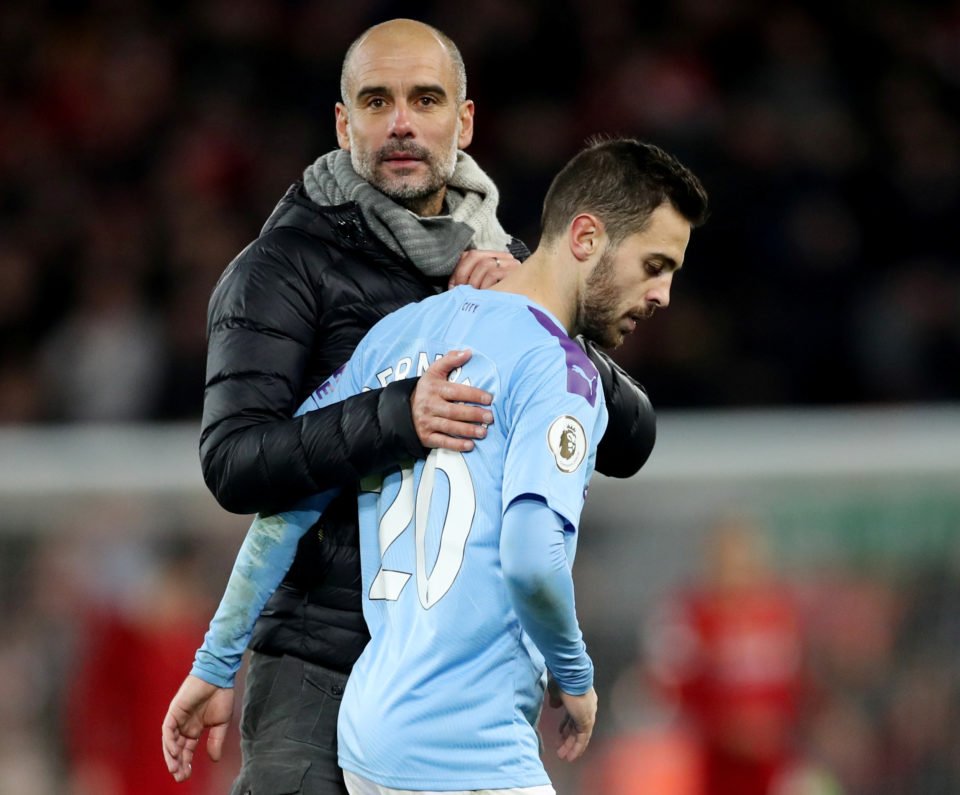 The 3-1 loss at Anfield left City in fourth place, trailing Liverpool by nine points with little room for further error. The increased pressure can be felt heading into Saturday's action when in-form Chelsea visit the Etihad

It has been a long two weeks for Pep Guardiola, left to stew on Manchester City’s defeat to leaders Liverpool, while his players were away on international duty.

The 3-1 loss at Anfield left City in fourth place, trailing Jurgen Klopp’s side by nine points with little room for further error.

The increased pressure can be felt heading into Saturday’s return to action when in-form Chelsea visit the Etihad, buzzing with youthful confidence after a run of six straight victories in the league.

Chelsea manager Frank Lampard, who ended his Premier League career with a season at City, has won plaudits for the way he has got the best out of home-grown players.

Striker Tammy Abraham and midfielder Mason Mount spent last season on loan in the second-tier Championship but have become England internationals after Lampard gave them the chance to shine in the top flight.

Yet Chelsea’s run of form needs to be put in context – all six of their consecutive wins were against sides they were expected to beat and they have lost on the two occasions they have faced big-name opposition this season – at Manchester United on the opening day and at home to Liverpool in September.

This game, therefore, will be an indicator of just how far Lampard has gone in creating a top-four side. For City, however, it is an encounter in which they simply cannot afford to slip-up.

Failure to beat Chelsea could leave Liverpool with a double-figures advantage over the champions and it would take a major slump in form for Klopp’s men to let that sort of lead slip.

Chelsea need no reminders that when the pressure is on, City have a habit of responding in devastating fashion.

In the corresponding fixture last season, City’s Argentine striker Sergio Aguero grabbed a hat-trick as the Londoners, then under Italian Maurizio Sarri, were hammered 6-0 after conceding four goals in the opening 25 minutes.

Saturday’s game at the Etihad is the standout fixture of the weekend but the match between West Ham United and Tottenham Hotspur at the London Stadium earlier in the day is also generating plenty of interest given the managerial change at Spurs.

Less than a year after his dismissal from Manchester United, Jose Mourinho is back, replacing the sacked Mauricio Pochettino at Spurs, looking to improve a team that is languishing in 14th place.

Liverpool are up against their former manager Roy Hodgson when they take on Crystal Palace at Selhurst Park while the pressure is on Arsenal’s Spanish boss Unai Emery, who badly needs a win at home to 19th-placed Southampton.

The pick of the promoted teams, Sheffield United, who are riding high in fifth place, face Ole Gunnar Solskjaer’s Manchester United on Sunday.

Omonia have mountain to climb against Olympiacos