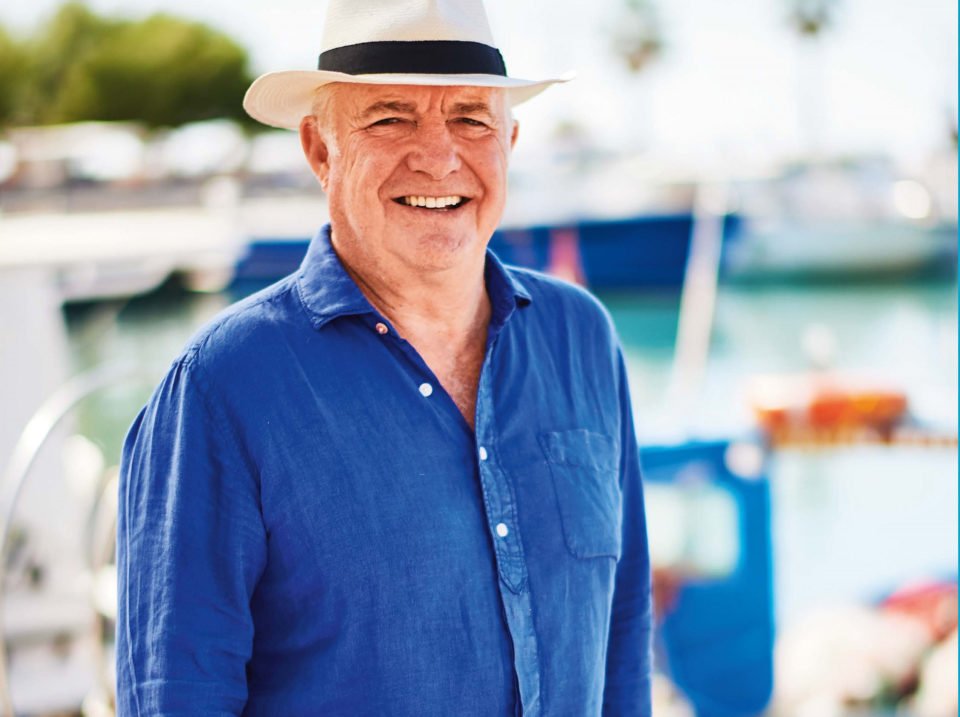 Rick Stein’s new cookbook and accompanying BBC series are both a love letter to France and a credit to his 30-year long collaborator and director, David Pritchard.

“My early influences and inspiration came from France,” explains the Padstow-based chef and restaurateur, “and my director David sadly died recently. We both shared a love of all things French, and I think he thought it was time to revisit. He could see that France means so much to everybody.”

Rick Stein’s Secret France is the result, and the project saw the 72-year-old set off on a culinary trawl of the country’s best dishes, while deftly tackling some of the more pointed questions around French cuisine and its quality.

“We’ve always had a bit of a conversation over the years about the way French food has declined in people’s estimation,” explains the seafood legend. “[We wanted] to ask, if things have gone wrong, why?”

Over the course of making the series, he came to the conclusion that “the sort of things that are going wrong in France are going wrong everywhere”. Blame first world economies, where people (quite rightly) want to be paid good money for cooking in hot kitchens and working anti-social hours.

One of the things he really does have a problem with in France though, is “the ubiquitousness of about three or four different salads”.

He begins ticking them off on his fingers… salad nicoise, Caesar… “You see them everywhere! And it’s not that they’re bad, they’re just so boring!” Hence he’s stuffed the cookbook with new ones.

The odd salad must be appealing when you’re being filmed eating non-stop. “I do consume a lot of calories. I find it difficult not to eat what’s put in front of me because it’s a bit rude,” muses Stein.

Food is an equaliser he explains, adding: “You go to Calcutta and it’s so overwhelming, but then you eat something and you suddenly think, ‘Well, of course’ – it’s obvious isn’t it! We’re all human beings, we all like nice stuff to eat, but you forget that these people living in very difficult situations also like good food.”

And hunting down good food is always his aim. “It’s so wonderful to go somewhere where the cooking is so bloody good,” he says with feeling. “It makes you remember what restaurants are all about really; meeting your friends, having a lovely chat, having some decent wine and something decent to eat.

“When you have an evening like that, you forgive an awful lot”.

For the shortcrust pastry

For the pastry, put the flour, butter and salt in a food processor and pulse until the mixture resembles breadcrumbs. Transfer to a bowl and add the egg yolk mixed with a tablespoon of cold water to make a smooth but not sticky dough. Add the extra water if required.

Put the dough on a floured work surface, roll it out and line six loose-bottomed 10-12cm tartlet tins. Chill for about 30 minutes.

Line each tin with a circle of baking parchment or foil, add baking beans and bake blind for 10 minutes. Remove the beans and paper, then put the tins back in the oven for a further five minutes. Turn the oven down to 190°C/Fan 170°C.

While the pastry cases are cooking make the frangipane. Beat the butter and sugar together in a bowl until you have a smooth paste. Gradually whisk in the eggs and almond extract, then stir in the ground almonds and mix well. Divide the mixture between the pastry cases and arrange six fig wedges on top of each tart. Scatter with some of the flaked almonds and bake for 20-25 minutes until golden.

Dust with a little icing sugar and serve warm or at room temperature with some creme fraiche.