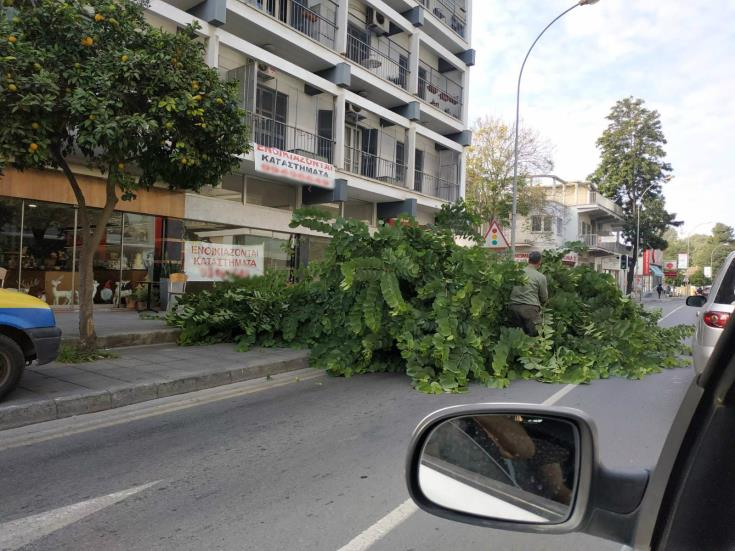 ‘Another tree murdered for the sake of commerce’

The Green Party has charged that a tree cut down in Nicosia was merely done so to help the business of the building it stood in front of.

In an announcement on Sunday, the party said that a member of the public had complained that the municipality had cut down the tree on Griva Digenis Avenue.

The party said it was informed that the tree was cut down because it was dying. “Photographs however show a different picture,” the party said. “The tree looks healthy”.

As the Green Party-Citizens Alliance, we charge “that the real reason the tree was cut down was not because it was dying but because the owners of the building behind it asked for it to be removed so the sign they had put up to rent their shops could be seen”, the statement said.

“We are very disappointed that for yet another time, a tree has been lost for the sake of a shop window,” the party said.

“This is not the first time that a tree, and the environment generally, has been sacrificed for the sake of financial interests”.

However, one of the owners of the building said they had already complained to the Green Party about misrepresenting the situation.

She said cutting the tree down had nothing to do with them. “We suggested to put a new on there and my father even offered to water it if it was necessary,” she added.

Leaders should remember their allegiance to the constitution