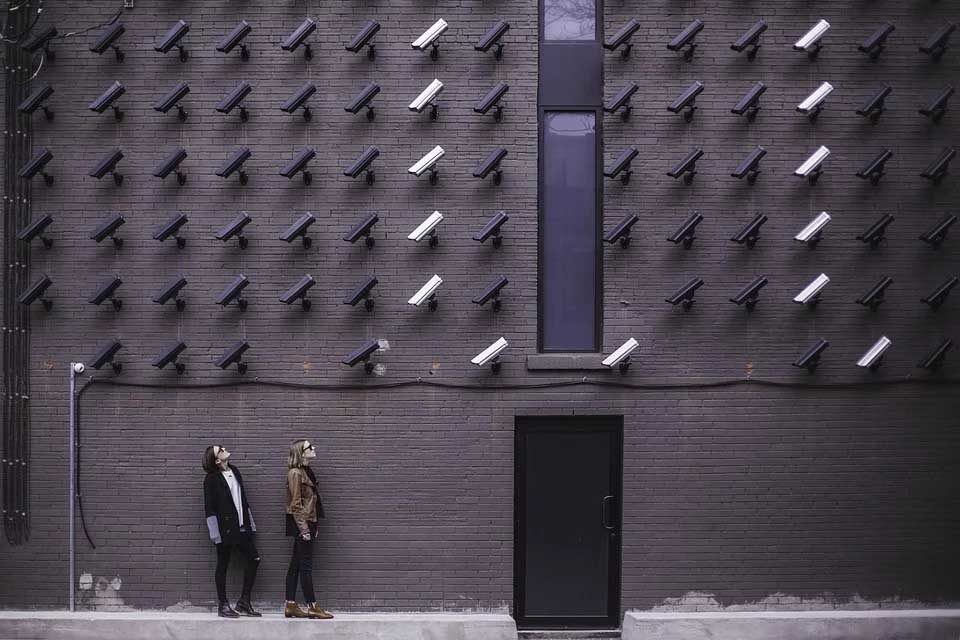 CCTV cameras in public places are a fact of life in the UK. Not so in Cyprus. Is that about to change?

Commissioner for Personal Data Protection Irini Loizidou Nicolaidou is soon set to green light the installation of CCTV at all primary schools and kindergartens, and she has already okayed cameras being mounted to monitor certain public spaces in Ayia Napa. Though officials stress that privacy is always being weighed against safety, a balancing act, the fact remains that surveillance in Cyprus is growing.

Absent a specific law in Cyprus governing the use of CCTV in public spaces or by public authorities, Nicolaidou has issued guidelines where the principle of proportionality must be respected.

Concerns over the safety of children in schools have heightened over the past year, particularly in the wake of an incident last September where two 11-year-old pupils at a Larnaca school were abducted by a 35-year-old man, who was later sentenced to 11 years in prison.

Nicolaidou is currently reviewing a risk assessment report submitted to her by the relevant school boards where the latter argue for installing cameras at kindergartens and primary schools across the island, for safety reasons. The report was filed following consultation with Nicolaidou.

The commissioner tells the Sunday Mail she’s positively disposed toward sanctioning the cameras.

But going by the principle of proportionality, she adds that a number of safeguards will be put in place to ensure privacy concerns are also met.

For example, the monitoring devices will be mounted solely at the points of ingress and egress, positioned so they don’t surveil either the playground inside a school or exterior areas – such as the gate or the pavement outside.

“What we want to do here, is keep an eye on the children as they come and leave,” she said.

What’s more, Nicolaidou will instruct that the cameras operate only at certain times – perhaps for one or two hours when kids arrive and another couple of hours at closing.

And the data retention period – the time particular footage is stored until it’s deleted – must be kept at a minimum. She did not specify.

Guards will continue to be posted on the grounds, as they are now.

It’s understood the education ministry has already invited tenders for the gadgetry.

The official also stresses that her approval “won’t be a blank cheque for all eternity”–- schools’ compliance with her guidelines will be subject to review.

On Ayia Napa, whose municipality plans to install cameras to monitor various streets and the main square, Nicolaidou said she has already given them the go-ahead, again following a consultation involving the local police.

The popular tourist destination is often the site of brawls. In June 2016, a gangland shooting at a restaurant left four people deal.

The municipality says the cameras would serve a dual purpose: deterrence and crime solving.

Having considered their arguments, Nicolaidou found that in this specific case the right to privacy of passersby or of patrons frequenting cafes does not supersede public interest (safety) considerations.

On the face of it, these moves don’t tally with what’s come before.

For instance, in April this year a court fined a jeweller’s shop in Nicosia €500 for installing cameras able to record the movement of staff and visitors at a neighbouring café.

In a ruling, the administrative court supported Nicolaidou’s view that installing the video surveillance system outside the jeweller’s breached the law.

In addition to the fine, the court also ordered the jeweller’s shop to remove the cameras and place them inside.

Asked to comment, the commissioner said each case is different. In this instance, whereas the shop did have a legitimate interest to surveil its private property inside, observing the exterior, a public space, was deemed disproportionate to the purpose of protecting one’s property.

Several years ago, Strovolos municipality ordered its traffic wardens to photograph cars illegally parked on the pavements, because car owners were denying they had committed the offence and refusing to pay the fine. In a ruling that raised eyebrows, the judge found that the photograph could not be used as evidence as it was a violation of personal data.

According to Nicolaidou, there is no blanket law or rule regarding the admissibility of CCTV footage as evidence in a court of law. It is at the court’s sole discretion to decide if particular evidence is admissible or not.

A court even has the discretion to determine that, even where audiovisual material was initially obtained unlawfully – for instance a shop camera angled on the street – the material is admissible if a serious crime, like murder, has been committed.

“The right to privacy is not absolute,” the official remarks.

In short, it’s not black and white.

In the private sphere, and as the tech becomes ever more affordable, matters get even fuzzier.

The EU’s General Data Protection Regulation (GDPR), rolled out in May 2018, seems to have ushered in a ‘Wild West’ type of situation.

Michalis Fieros, a lawyer specialising in data protection, says the GDPR is all about self-regulating.

He explains: “On paper GDPR places a high threshold on what constitutes legitimate surveillance, and the fines for violations are prohibitive.

“On the flipside, it’s left to the data controller and/or processor – say the owner of an establishment – to ensure they abide by the requirements, such as that their cameras aren’t surveilling outside spaces, public spaces.”

Take a restaurant: the owner does not need a priori to disclose to the relevant authority – the commissioner for personal data protection – that they have installed such a system.

That used to be the case in Cyprus, but no longer after GDPR.

“The obligation to notify authorities that you’ve installed surveillance, which might invite scrutiny from authorities at the outset, is waived. But now, in the event of a surprise inspection, or if a complaint is made against you, you better be ready to show you comply with all the regulations.”

In guidance she published in June 2019, Nicolaidou advised that video surveillance is allowed at points of entry and exit, outside elevators (zoomed only on the elevator), above ATMs, and in parking lots.

Conversely, monitoring is not permitted in hallways/corridors, inside elevators, waiting areas, toilets, or the internal/external spaces of cafeterias, restaurants etc.

The installation of CCTV in private areas -– homes, apartment buildings – where the data is processed by an individual relating to personal or household activities, does not fall within the scope of legislation governing the protection of personal data.

Inside an apartment building, the use of CCTV “should not affect the privacy of others. If CCTV is installed by the building’s management committee, it must be restricted to public spaces following a decision by the tenants.”

Additionally, the law mandates that premises must put up highly visible signs advising of the presence of CCTV.

Human rights lawyer Nicoletta Charalambidou says she acknowledges the need to sometimes sacrifice privacy for the sake of safety.

“Still, I do see a tendency to go for the easy solution: put up a camera somewhere, and think to yourself that the job is done.

“In my view, that always ought to be the last resort. If there is crime, one should look at the causes, address them, seek to prevent them and then if all else fails, go for surveillance.”