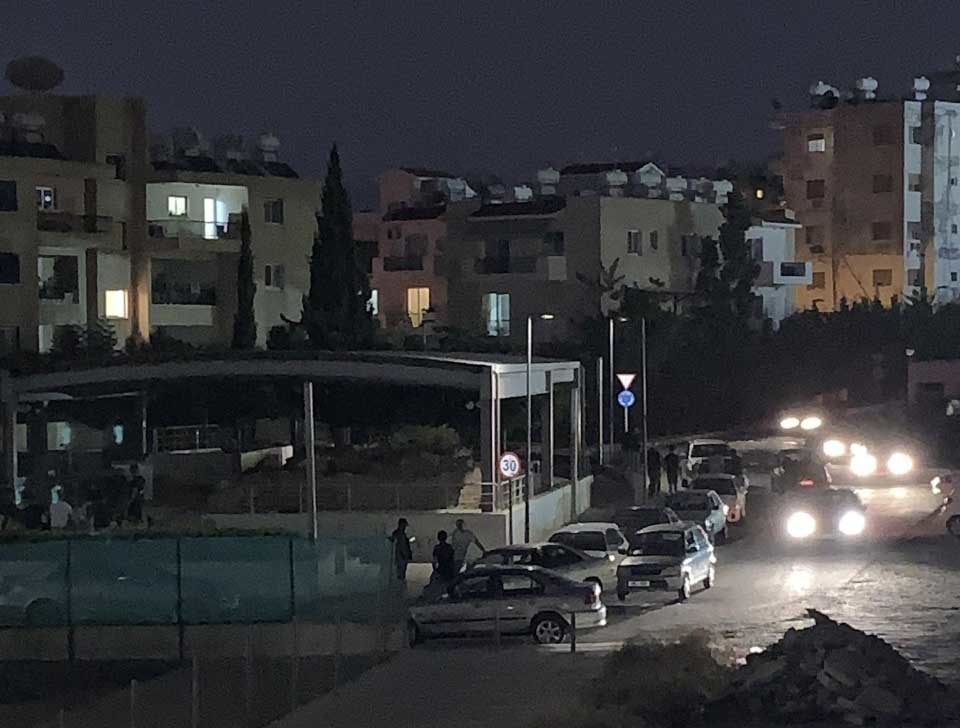 Drug dealing and anti-social behaviour is out of control at a heritage site close to Paphos mall, terrifying nearby residents who claim that the authorities have done nothing to allay their fears.

Crowds of young people and groups of men clearly selling drugs congregate, particularly at weekends, in and around an archaeological site found next to Paphos mall.

The site, which was discovered when the mall was being constructed, has been covered with a pergola and furnished with benches ostensibly to make it pleasant public area.

Instead, lights which were added to show off the site at night have been smashed, and needles, joints, roughly constructed ‘bongs’ and other remnants of drug taking, as well as beer cans, bottles and used condoms are often found here.

Nearby residents have provided a mountain of evidence collected over the years, including video footage, photographs, car registration numbers and a long list of dates of calls made to Paphos police, the municipality, the mayor and other officials.

“Children as young as ten are being sold drugs here and men often engage in sex acts, despite the fact they are visible to residents and passers-by,” one resident told the Sunday Mail.

Video footage shows up to 40 youngsters hanging out there at weekends, and although the authorities have been alerted many times by local residents over the last couple of years, no action whatsoever has been taken, they said.

In recent months, they say, the problem has escalated but overworked police often no longer show up when residents call to complain.

“In the summer the drug dealers are blatant, and you can quite clearly see them selling to both children and young people as it’s light until 10.30pm,” a resident said.

Another explained the nightly drill.

“Several drug dealers drive up in all sorts of cars. They look in their 20s. A passenger gets out and teenagers and young men will come, individually, to him and shake his hand. They are passing him money. Then he will walk a couple of steps to the car, put his hand through the window, give the driver the cash and get a packet of drugs, come back to the individual and shake hands again. This is now happening every single night.”

The residents, who are of various nationalities, all spoke to the Sunday Mail on condition anonymity.

Youngsters are also taking drugs at the site as they sit on the walls of the ruins and there is evidence left behind, residents say.

Cars with modified exhausts spin in the car park, throwing up plumes of dust and stones. They rev their engines, over and over, starting at around 5.30pm and well into the night. Car doors are left open and music blasts out. Kids run amok around the site, screaming and shouting.

The worst night so far was last Friday, they say.

“We have complained to the police, mayor and the mall and they appear to be sympathetic, but nothing has changed.”

The head of security for Paphos Mall said his jurisdiction is just the mall and the only option open to him and his four colleagues is to call the police, which they have done numerous times.

“I can’t send one of the security guards out there at night which is when this is happening. What happens if he gets beaten up, who will be responsible?” he asked.

“I can turn the camera towards the archaeological site, but this is not our responsibility, also when it’s dark, people there know where to go so that they are not picked up by the camera, and the lights are often smashed,” he said.

The problem was particularly bad in the summer, he said, and guards have handed registration numbers to police a number of times.

“We have tried to sort it out but what can I do? I can’t even touch one of them, maybe I would get into trouble with the police myself.”

“We know that there are problems there, graffiti and so on, but all we can do is clean it, which we do regularly as it is very dirty. If the owners gave it to the state, we could fence it in and protect it, we can’t do that now,” the antiquities department said.

The matter is now being considered by the owners committee of the mall.

The walls around the heritage site were recently painted to cover up the scrawl of endless tags and graffiti. But it has already started to appear again.

Residents insist that the police need to make the drug dealers accountable.

“If the drug dealers go from there, the noise and graffiti will go and that would solve all of the problems. It’s making all of our lives hell and adversely affecting our quality of life. We can’t enjoy living here. It’s horrendous and if it’s not resolved we will have to sell.”

Noise levels are unbearable and it’s obvious that the people hanging out in the area are high on drugs and alcohol, another noted

One non-Cypriot resident showed evidence of a plethora of calls made to a variety of officials.

“They are taking meth and all sorts of things. You can smell the weed in the air when they are smoking. The other day one man swore at me and said, ‘I am Cypriot I can do whatever I want, this is my country, you go back to your country’. He called me a prostitute and spat at me.”

Andreas Evlavis of the Paphos Greens admitted that the situation is common knowledge and yet each authority passes the buck to the next, and nothing is done.

“Everyone knows the problems that are going on here, there are many complaints, and yet no-one does anything.”

Evlavis suggested that all of the relevant authorities should come together to cooperate and not complain that ‘it’s not our responsibly.”

A member of the drugs squad, Ykan, told the Sunday Mail that the Paphos drugs police have many cases reported to them which they have to examine and follow up and that they often complain that they do not have enough officers.

“The police, mayor and antiquities department should arrange a meeting to discuss the problems here and find a solution. Not having enough staff should not be used as an excuse. Why should residents suffer?” said Evlavis.

Evros Loizides, the facilities manager of the mall said that residents had complained to him and that action would be taken to stop it.