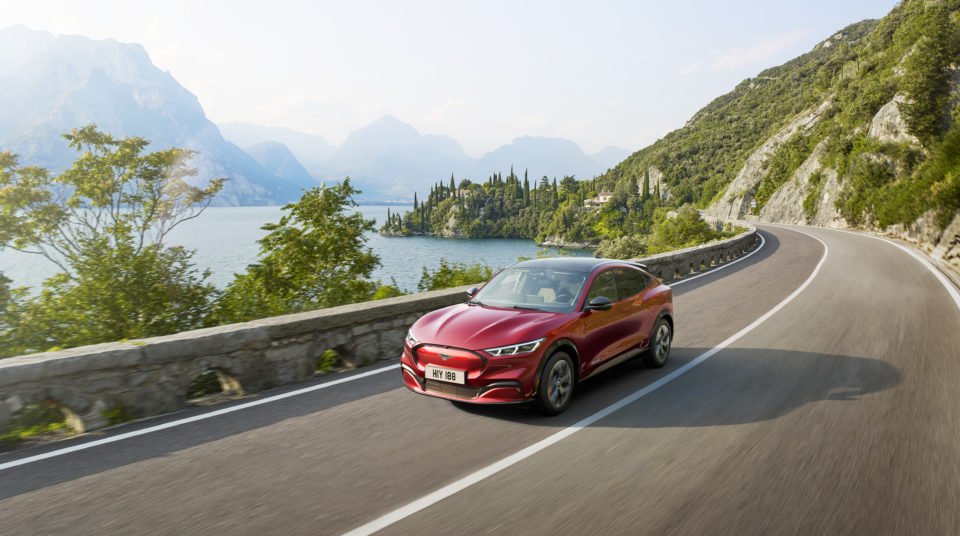 When it arrives in late 2020, Mustang Mach-E will be available with standard and extended-range battery options with either rear-wheel drive or all-wheel drive powered by permanent magnet motors. Ford will also offer a special performance version

For the first time in 55 years, Ford is expanding the Mustang family, bringing the famous pony into the electric age with the Mustang Mach-E, an all-new, all-electric SUV.

“At the first-ever Detroit auto show, Henry Ford said he was working on something that would strike like forked lightning,” says Bill Ford, executive chairman.

“That was the Model T. Today, the Ford Motor Company is proud to unveil a car that strikes like forked lightning all over again. The all-new, all-electric, Mustang Mach-E. It’s fast. It’s fun. It’s freedom. For a new generation of Mustang owners.”

When it arrives in late 2020, Mustang Mach-E will be available with standard and extended-range battery options with either rear-wheel drive or all-wheel drive powered by permanent magnet motors.

When equipped with an extended-range battery and rear-wheel drive, the Mach‑E has a targeted pure-electric driving range of more than 370 miles according to the World Harmonised Light Vehicle Test Procedure (WLTP). In extended-range all-wheel drive configurations, it is targeting 337PS (248kW) and 565Nm of torque.

Ford will also offer a special performance version. The Mustang Mach-E GT aims for 0-62mph acceleration in less than five seconds, as well as an estimated 465PS (342kW) and 830Nm of torque.

Features include custom-designed vehicle responsiveness such as sportier steering controls, ambient lighting, sounds tuned for an authentic all-electric experience, and dynamic cluster animations that are tied to driving behaviour.

In addition to blistering acceleration, the Mach-E will be available with Brembo’s all-new performance Flexira aluminium callipers, which ‘maintain the functionality of a fixed calliper while being designed with the dimensions of a floating calliper’.

The GT variant is also equipped with a MagneRide® damping system: an adaptive suspension technology that ‘lets drivers hug the road while delivering an exciting, comfortable ride’.

Making its debut in the Mach-E is the next-generation SYNC® communications and entertainment system, a sleek and modern interface that uses machine learning to quickly learn drivers’ preferences and gets better over time, thanks to advanced over-the-air updates.

Next-generation SYNC’s 15.5-inch screen and simple interface ditches complicated menus, making it easier to access features with the touch, swipe and pinch controls that every smartphone owner will be comfortable using.

Featuring cloud-based connectivity and conversational voice recognition, the next-generation SYNC system brings twice the computing power of SYNC 3 to help make navigation, music and connecting a smartphone to the vehicle faster and easier.

“It can suggest going to the gym if it learns Mondays are workout days or calling home if you do that every day after work. The result is a cloud-connected assistant and interface that’s intuitive, beautiful, and ready for the future thanks to fast over-the-air updates.”

Using Ford’s new all-electric architecture that places batteries inside the underbody, Ford engineers and designers were able to create a vehicle that maximises SUV space for five passengers and luggage.

To ensure that the Mach-E is instantly recognisable as a Mustang, it features signature elements like its long bonnet, aggressive headlights and trademark tri-bar taillamps.

Under the bonnet is a drainable front storage unit that provides 100 litres of storage space – large enough to comfortably hold a carry-on luggage bag. And because it’s drainable, Ford says it’s a ‘convenient space to store wet or muddy sports clothing, hiking boots or beach gear’.
The rear boot, meanwhile, offers 402 litres of space which, with the rear seats down, expands to 1,420 litres.

The panorama fixed-glass roof boasts a special coating with infra-red protection that helps the interior stay cool in the summer and warm in the winter, while an inner layer between the glass helps protect against ultraviolet rays.

Getting in and starting the vehicle is effortless with ‘Phone As A Key’ technology, which makes its debut in the Ford line-up. Using Bluetooth, the vehicle can detect drivers’ smartphones as they approach, unlocking the car and allowing them to start driving without getting their phone out of their pocket or using a key fob.

A backup code can be entered into a keypad on the B-pillar to unlock the vehicle, and a separate code into the centre touchscreen to start and drive the vehicle, if the phone battery dies.

As electric vehicle owners do 80 per cent of their charging at home, Ford offers a Ford Connected Wallbox solution, delivering up to five times the charging power of a typical domestic socket – meaning customers can add an estimated average range of 38 miles per charging hour, based on extended-range, rear-wheel drive configuration.

The Ford Home Charge Cable, which is included with the vehicle, can add an estimated average range of nine miles per charging hour using a typical European domestic outlet.

To help reduce anxiety about how much range is left, the connected navigation system will identify up-to-date public charging locations during trips and prompt owners to charge at the most convenient points on each drive.

Ford is a founder member and shareholder in the IONITY consortium that aims to build 400 high-power-charging stations in key European locations by the end of 2020. This will enable a significant reduction in charging times for all-electric vehicles compared with existing systems – ideal for long distance journeys.

“The Mustang Mach-E is the start of a new era for Ford and we could not be more excited to bring it to our customers in Europe,” says Stuart Rowley, president, Ford of Europe. “This all-new vehicle represents so much more than just zero-emission driving: it’s about stress-free experiences and total peace-of-mind for all-electric vehicle owners.”