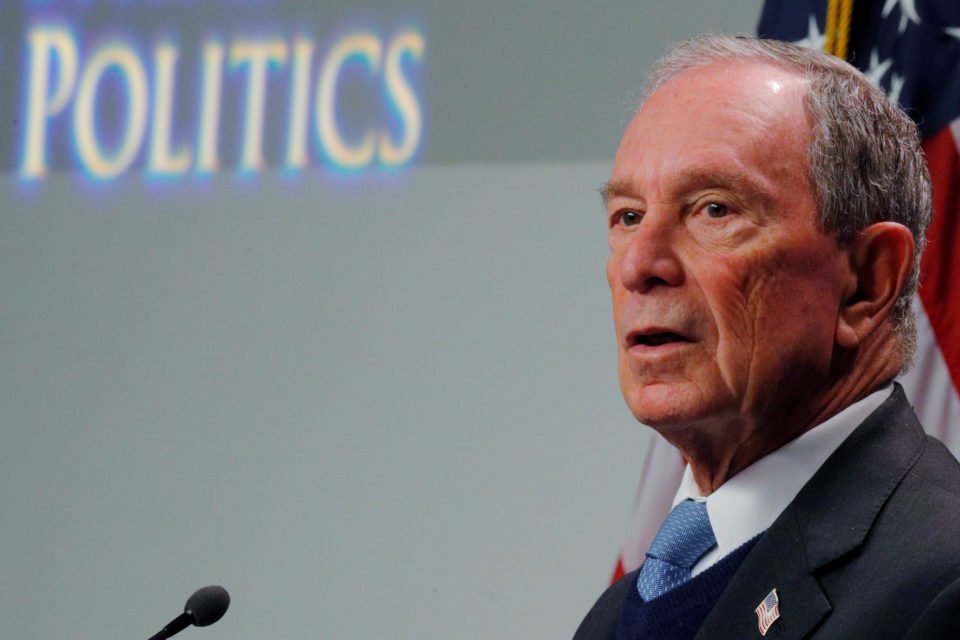 The move represents an about-face for Bloomberg, 77, who had said in March that he would not make a run for the White House.

Bloomberg has been critical of anti-Wall Street crusader Warren and her plan to tax the super wealthy to pay for programs ranging from universal healthcare to free college tuition. He will compete with Biden and Buttigieg to become the moderate alternative to the liberal agendas of Warren and Sanders.

Ranked by Forbes as the eighth-richest American with an estimated worth of $53.4 billion, Bloomberg will have the advantage of being able to self-finance his campaign and pour millions of dollars into advertising and hiring staff.

Bloomberg had filed paperwork on Thursday with the U.S. Federal Election Commission to run for president.