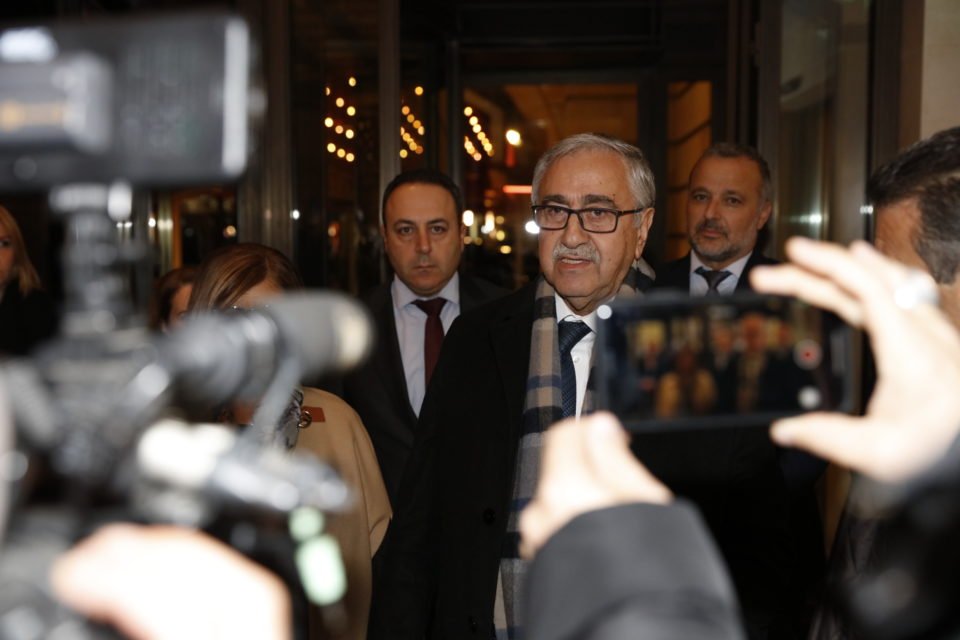 The leaders of the two communities, Nicos Anastasiades and Mustafa Akinci bumped into each other on Monday morning at the hotel where they are both staying ahead of their meeting later in the evening.

Anastasiades and Akinci are scheduled to have dinner with UN Secretary General Antonio Guterres at 8.30pm Cyprus time.

Guterres is set to hold separate meetings with the leaders, at 7.50pm with Anastasiades and 20 minutes later with Akinci.

Ahead of the meeting, pro reunification group Unite Cyprus Now (UCN) has sent a letter to Guterres and the UN Security Council asking them to work with the leaders to bring an end to the division of Cyprus and to keep the sides within UN parameters, the June 30 framework and past agreements.

In an open letter, the group said almost two and a half years have passed since the talks broke down in Switzerland: “Two and a half years of inaction and waste of time, during which tensions in and around Cyprus have only increased.

“We are aware that the future of Cyprus is ultimately in the hands of our leaders. But we also know that unless the leaders are held accountable for their incompliance with UN parameters and past convergences, there will be no end to this process,” the group said.

UCN said poll after poll demonstrated that Cypriots on both sides wanted to end the division, which is becoming more entrenched and unsafe each passing day.

“The sides know almost exactly what a solution will look like. All that is needed is the political courage to take that final step. And your encouragement and adherence to UN parameters and body of work will be instrumental.”

Ruling Disy leader Averof Neophytou said he was certain Anastasiades would do everything possible to assist the UNSG in his next steps despite the difficulties and Ankara’s position.

“Our responsibility and obligation is to try and break the deadlock despite the problems created by Turkey,” he added.

Diko voiced concern over the proceedings, saying Turkey was setting conditions like rotating presidency and effective participation before the negotiations even started.

It added that it had warned Anastasiades not to engage in any process under these conditions because it would only convince Turkey that gunboat diplomacy worked.

“The government must realise that any procedure on the Cyprus problem that takes place under the current conditions would lead to negotiations under conditions dictated by Turkey and the Greek Cypriot side will be on the receiving end of huge pressures, especially in the energy sector,” Diko said.