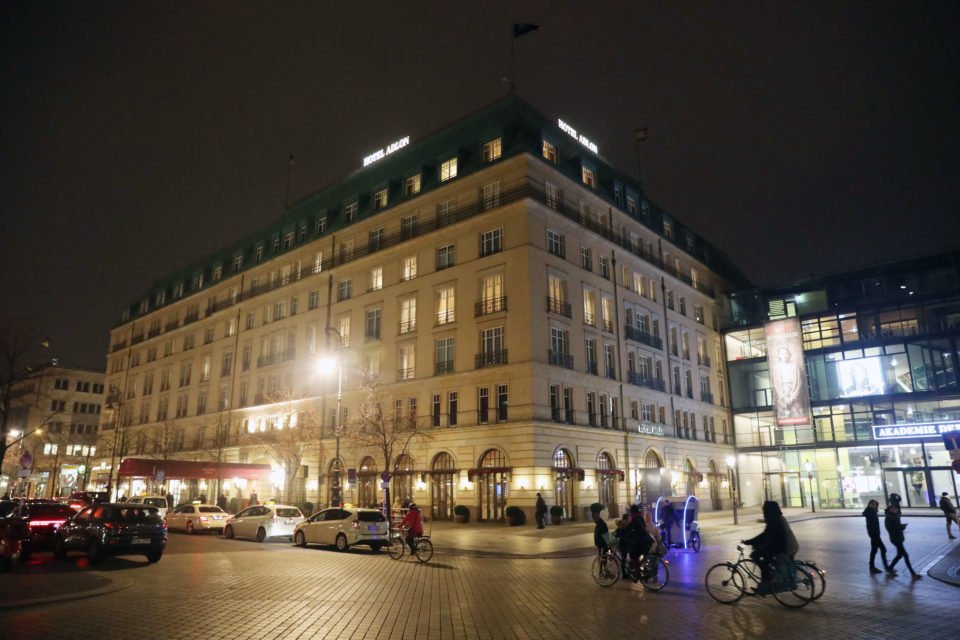 The Adlon Kempinski,hotel in Berlin

The UNSG’s special envoy Jane Holl Lute is expected to have a meeting on Monday with Greek Cypriot negotiator Andreas Mavroyiannis in Berlin in preparation for the trilateral meeting later in the day.

The two negotiators may be invited to join the trilateral after it starts. However, nothing has been finalised yet by the UN and any arrangements may change.

The meeting will be held at the Hotel Adlon Kempinski, a few metres away from the Brandenburg Gate.

The two leaders arrived separately on Sunday, accompanied by their negotiators and close associates and are staying at the same hotel, while Guterres is expected to arrive later Monday.

President Anastasiades has repeatedly expressed his political will to conclude the terms of reference that will pave the way for the resumption of settlement talks. The Greek Cypriot side also favours an informal five-party conference to convene in December with the guarantor powers too.