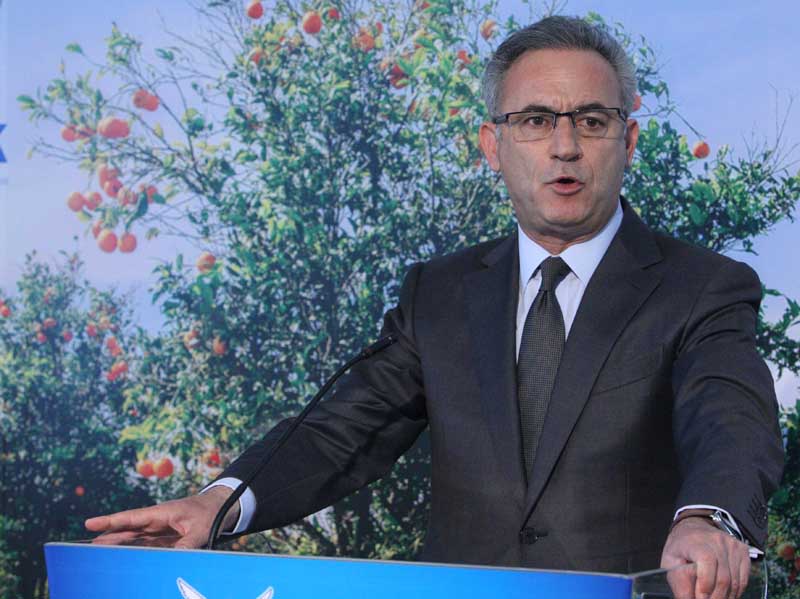 Disy boss Averof Neophytou said on Tuesday that if others want light shone on the spy van affair, he wants it “ten times as much.”

“If indeed any citizen was surveilled, the hammer of justice must fall on anyone implicated, no matter who they are,” Neophytou asserted.

“Worse even is the possibility of political surveillance having occurred. Because that takes us back to medieval times.”

The politician said he agreed with calls, including those from Akel leader Andros Kyprianou, that the police investigation should shed full light on the affair.

“If Andros wants transparency, I want it ten times as much, because only in this way will the air be cleared,” he remarked, alluding to the rumour mill.

In an apparent dig at Disy, main opposition Akel said it has reason to believe that parties may have engaged in political espionage utilising the services of Ws Wispear, a high-tech company of Israeli interests with Cypriot shareholders.

Akel has also received confirmation from the police chief of some form of ‘collaboration’ having taken place between the police and the company. No details were given.

It prompted the party to demand the probe be carried out by independent criminal investigators appointed by the attorney-general, rather than by the police itself, which may be compromised.

Neophytou said he had no trouble with whoever was in charge of the investigation.

“Let them also bring in [IT] experts from America, Asia and anywhere else. They are welcome.”

In an apparently related matter, Disy has had to confirm reports that Neophytou met at his office with Shahak Avni, the leader of the Jewish community in Cyprus, during which they discussed matters relating to the community.

A published document dating back two years shows that NCIS had installed a security system at the Disy building.

It has since transpired that Avni is the individual to whom the cabinet had granted a firearm permit.

He had twice been denied an application to carry a firearm, but the decision by a police committee was subsequently overruled by then-justice minister Ionas Nicolaou.

Neophytou reiterated he has nothing to hide.

“We never denied being acquainted with or having met with Mr Avni as an active member and head of the Jewish community.

“Just as we have never denied being acquainted with or having met with other leaders or members of communities, organisations, Cypriots, foreigners, diplomats or political persons. If any of them are linked with criminal offenses or unlawful behaviour this will emerge through the police investigations, and we shall be the first to ask for the exemplary punishment of anyone implicated.”

On the security system installed at Disy HQ, Neophytou said his party has been transparent about the issue.

“At the end of the day, I don’t know who’s watching whom. At least when it comes to us, they know who we meet with and who installed our security systems.”

Police launched a probe after Israeli national Tal Dilian, an ex-intelligence officer, gave an interview to Forbes essentially advertising his services, which included covert surveillance and eavesdropping, among others.

Dilian is the CEO of Ws Wispear, based in Larnaca.

A van belonging to that company has since been seized, while police are investigating potential violations of privacy.

British MEP calls for actions against Cyprus at European Parliament