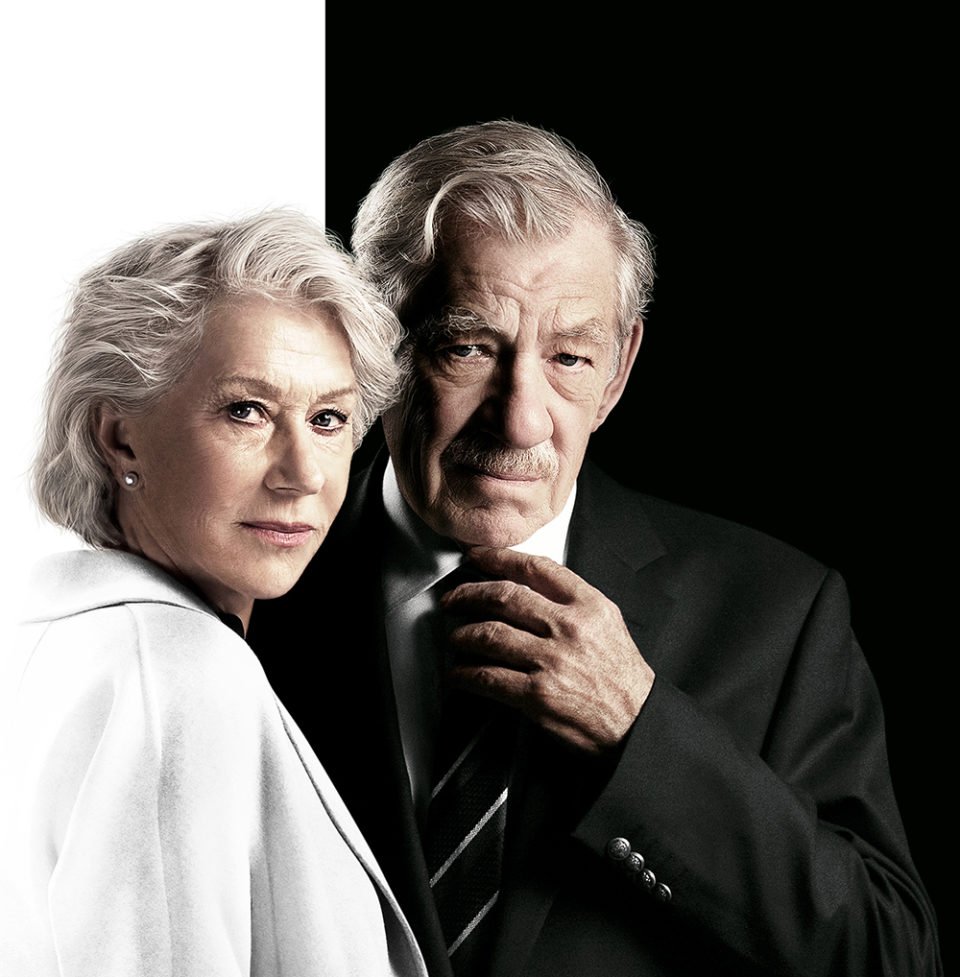 Roy (Ian McKellen) is a good liar. So, we increasingly suspect, is Betty (Helen Mirren), the woman he’s swindling. So indeed is director Bill Condon, who’s peddling one story while clearly disguising some Big Twist to come. All films, you might say, are lies, artfully withholding information for the purpose of surprising the audience; some films are outright untruthful, Inglourious Basterds for instance (in which Hitler gets shot in a movie theatre). Alas, this well-spoken drama isn’t a very good lie.

People lie, especially if they meet “on the computer service,” as Betty charmingly puts it (the film is set in 2009). That’s what Roy and Betty do, meet online – he claims he doesn’t smoke, she claims she doesn’t drink; both are lies – and watch Inglourious Basterds on their first date. It’s not the most auspicious beginning – but in fact they get on splendidly, and it’s not long before Roy moves in with Betty at her retirement community. He’s a twinkly old chap, given to old-fashioned phrases like “brace up” and “have a go at it”. Betty’s grandson Stephen (Russell Tovey) is suspicious – but then Stephen too is a bit odd, a researcher specialising in the Nazis; shades of Inglourious Basterds again.

The film works best early on, when you know there must be more than meets the eye without quite knowing what – though in fact it doesn’t take long to discover that Roy is leading a double life, or that Betty has her own agenda. “We’re getting too close to him,” Stephen warns his gran at the breakfast table, and Roy overhears – but doesn’t get suspicious (Stephen claims, unconvincingly, to have been talking about Albert Speer), which is slightly implausible since he’s apparently a veteran crook with a propensity for violence. Then again, making him a veteran crook with a propensity for violence is also a bit implausible. I’ll avoid spoilers, but some of the antics carried out by 79-year-old Mr. McKellen in this movie come with a definite touch of ‘Yeah, right’.

Avoiding spoilers is tricky here; you’re really better off going in without knowing anything. Suffice to say that yes, there is a twist and no, in my opinion it’s not very good; the film unwisely goes big in the final act, with various dark secrets tumbling out, and becomes increasingly daft. (I assume it worked better in the original novel.) One particular detail – it involves a type of flower – goes beyond unconvincing to actively risible.

The basic problem (the unspoken lie at the heart of the piece, if you like) is that this kind of movie – award-winning actors in a talky, low-budget drama – raises the assumption that the twist will be psychological, whereas in fact it’s melodramatic. The Good Liar might’ve been more successful had it focused tightly on the relationship, and the everyday lies people tell – especially lonely older people who might be in denial about getting older. Betty’s life secretly repels Roy; her drab little home, he tells a cohort, is “like being smothered in beige”. Yet it’s clear he’s misjudged her (Mirren could never be mistaken for a boring little woman), and becoming aware of that – just being brought face-to-face with his own fake life – might’ve been enough of a dramatic comeuppance. Instead, we get… well, you’ll see.

These are sly, very poised, very technical actors. McKellen and Mirren aren’t in the habit of losing control; we’re talking Gandalf and Queen Elizabeth here. On the one hand, putting them in this kind of movie creates a subtle disconnect; they’re amusingly aware of the idiocy around them. On the other, it’s the worst of both worlds, cramping the melodrama while also stranding good actors in unreal, artificial material – and of course even the best actors can’t disguise shoddy writing (the ease with which Betty is inveigled into placing all her sizeable fortune in a joint account, for instance, seems unconvincing; or perhaps it’s Mirren’s native intelligence coming through again); The Good Liar is fun, but don’t let the stars’ classy pedigree fool you. “It’s deeper than it looks,” says someone near the end of this fat, juicy cinematic lie. If only.

Will the police charge her when she recovers from her nervous breakdown?