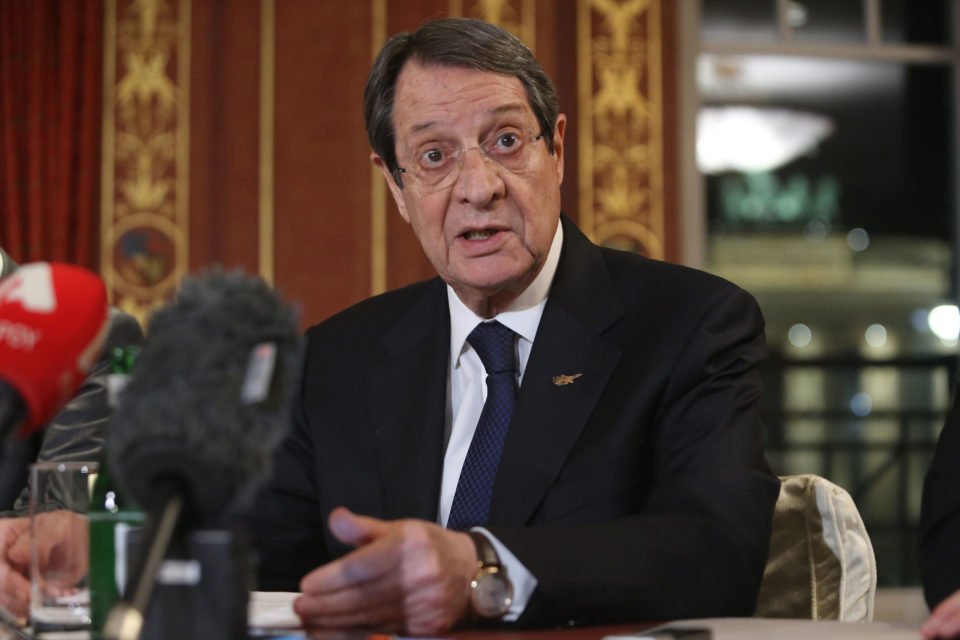 Reactions at home to Monday’s three-way talks in Berlin – based on the joint statement read out by UN Secretary-General Antonio Guterres – essentially followed the beaten track with ruling Disy and main opposition Akel voicing guarded optimism while the rest poured cold water on the process.

Speaking to reporters on Tuesday, Disy leader Averof Neophytou spoke of “an initial positive and important message from Berlin.”

Though conceding the talks failed to yield an agreement on the terms of reference for future fully-fledged negotiations, stalled since the summer of 2017, Neophytou said the Berlin meet is a start.

“The statements by the United Nations, as well as by President Anastasiades and Mr Akinci, create at least a cautious optimism, opening a window for the Cyprus problem.”

He added: “Although I would like the informal five-way meeting to take place as fast as possible, in the presence of the guarantor powers, I do not think that this is feasible soon.”

In the German capital, the UN chief announced he would continue efforts to achieve a baseline to serve “as a consensus starting point for phased, meaningful, and results-oriented negotiations at the earliest feasible opportunity.”

He also committed to explore with the two leaders and the guarantor powers the possibility of convening an informal five-plus-UN meeting at an appropriate stage.

Guterres said both leaders welcomed his engagement and reaffirmed their commitment and determination to achieve a settlement based on a bizonal, bicommunal federation with political equality as set out in the relevant Security Council resolutions.

From the UN’s statement, Akel took away as a plus the reference to a bizonal, bicommunal federation.

“We hope this development will put paid to any thoughts, any flirting… with a two-state solution or a confederation,” party chairman Andros Kyprianou noted.

On the downside, and given the absence of firm dates, an informal five-plus-UN meeting could not realistically take place prior to April 2020 when Turkish Cypriots go to the ballot to elect their new leadership.

“We do not know who will lead the Turkish Cypriot community come April, and one can understand that this [outcome] could pose further difficulties to efforts to solve the Cyprus issue,” Kyprianou said.

In a written statement, party deputy chairperson Christiana Erotokritou said there was nothing that put pressure on Turkey to cease its violations of the Republic’s Exclusive Economic Zone or its designs on Famagusta.

She also nitpicked Guterres’ language, lamenting his reference to an “unsustainable status quo” rather than “unacceptable status quo.”

Diko picked up on Guterres’ comment that said “that this time must be different.”

This remark, said Erotokritou, “opens a big window for Turkey to bring to the table anything it wants – such as a confederation of two states – in the event of deadlock.”

For their part, socialists Edek likewise welcomed the UN’s continued engagement in the Cyprus issue, but said the trajectory for future talks is discouraging.

Edek objected to the intended convocation of a five-way meet, which it said goes against the norm spelled out in UN General Assembly decisions, which instead speak of an international convention on Cyprus.

The Greens panned the Berlin meeting as a PR stunt by both leaders, producing nothing new.

“One of them went there to ‘close mouths’ on the internal front, and the other to increase his chances of being re-elected head of the pseudo-state,” the party said in a statement.

At the very least, binding timeframes were avoided.

“Substantive steps can take place only if Turkey modifies its stance and conduct. We all hope that Turkey’s intransigence can be curbed, paving the way for the resumption of negotiations.

“But this wish remains a romantic dream as long as Turkey pursues its expansionist policies and Erdogan carries on like an arrogant neo-Sultan,” the Greens said.

New exhibition is just an illusion

Man arrested for driving almost 12 times over the limit