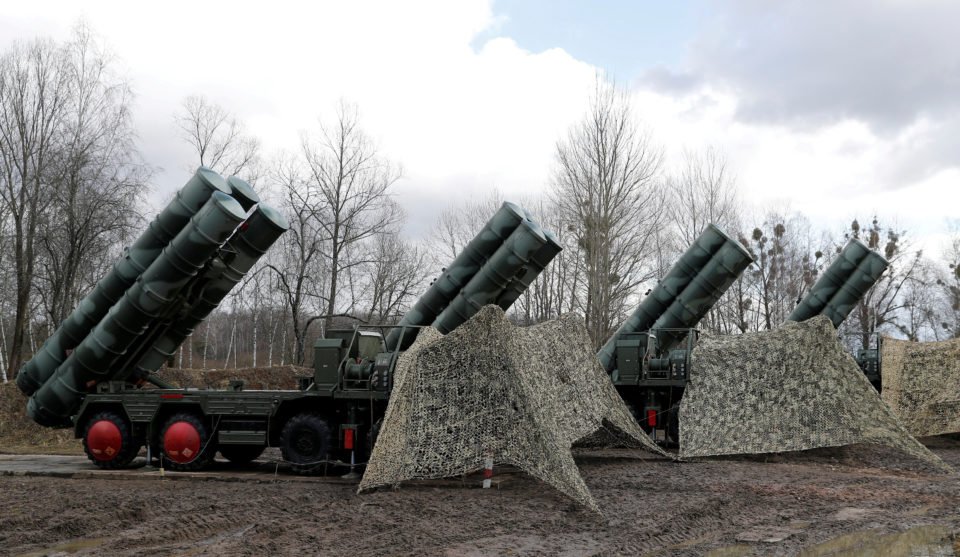 FILE PHOTO: A view shows a new S-400 "Triumph" surface-to-air missile system after its deployment at a military base outside the town of Gvardeysk near Kaliningrad, Russia March 11, 2019. REUTERS/Vitaly Nevar/File Photo

Russia hopes to seal a deal to supply Turkey with more S-400 missile systems in the first half of next year, the head of Russian state arms exporter Rosoboronexport, Alexander Mikheev, said in an interview with RIA news agency published on Tuesday.

Such a move could further sour ties between Turkey and the United States, which has suspended Ankara from the F-35 stealth fighter jet programme, in which it was a producer and buyer, to punish it for buying S-400 batteries earlier this year.

Washington has also warned of possible U.S. sanctions, saying the missiles are not compatible with NATO defences, but has not yet imposed them. A senior U.S. State Department official said last week that Turkey needed to get rid of the S-400s it had already bought to mend fences.

But Mikheev said in an interview with RIA that Moscow and Ankara were actively discussing Ankara taking up an option that was part of the original contract for it to take delivery of more S-400 systems with talks focused on financial questions.

“We hope that in the first half of 2020 we will sign the contract documents,” RIA cited Mikheev as saying. “But I want to stress that military technical cooperation with Turkey is not limited to the supply of the S-400s. We have big plans ahead.”

As Mikheev’s comments emerged, President Tayyip Erdogan was cited on Tuesday as saying Turkish and U.S. officials would conduct efforts until April to sort out the dispute between the NATO allies over the S-400s.

“There is a process that is ongoing until April. Our defence and foreign ministers will carry out these efforts. We need to see where we get with these efforts,” broadcaster NTV reported him as saying when asked how they would resolve the row.

After the delivery of S-400 parts to Turkey began in July, Erdogan said that the system would be fully deployed by April 2020.

At a meeting in the White House earlier this month, Erdogan and U.S. President Donald Trump agreed to ask their respective ministers and national security advisers to work on resolving the S-400 issue.

“This is an issue that is related to NATO. There is nothing about using or not using them,” Erdogan told reporters on a flight to Turkey from Qatar on Monday. “There are steps that need to be taken within NATO rules. Our colleagues will do the work.”

Erdogan is set to attend a summit of NATO heads of state and government in London on Dec. 3-4.

Turkish media said on Monday F-16 warplanes would fly over the country’s capital Ankara to test the S-400 system, but Turkish officials have not confirmed that such tests took place.

In the interview published on Tuesday, Rosoboronexport’s Mikheev said the new S-400 deal option, if signed, would cover a new regiment of the defence systems and that some of the components would be produced in Turkey.

He said it was premature to talk about which components would be made in Turkey however and in what quantities.

Mikheev was cited as saying that efforts by the United States to stop other countries buying Russian military hardware had not been as effective as Washington hoped.

“You can see how confident India, China, Turkey and other countries are on the international stage,” he said.

“Many are openly outraged by U.S. sanctions policy, which is trying to prevent them from developing their own armed forces and technical military cooperation with Russia,” he said.

Will the police charge her when she recovers from her nervous breakdown?