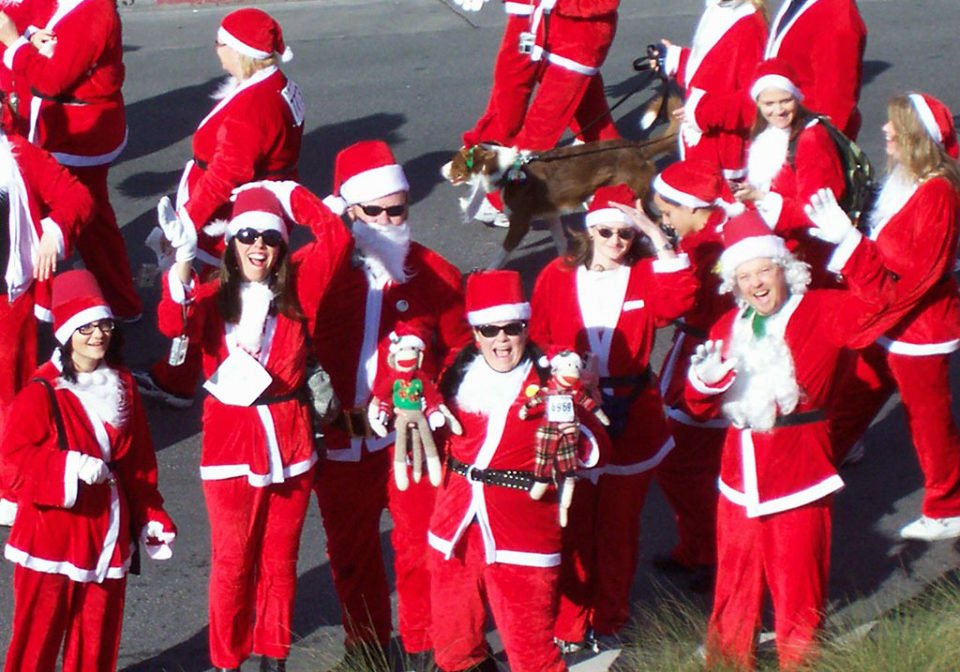 It’s called, variously, a Run, a Race, and a Dash. In Stockholm last year over 1,000 participants raised quarter of a million kroner; in the Philippines, the emphasis was all on getting fit; and in Lincoln, there’s always an inflatable element – with blow-up characters floating high above! But all races share two common elements: first, runners compete to raise money for local charities; and second, everyone wears a Santa suit.

Each year, oodles of these Santa Runs take place all over the world; hundreds of thousands of people all dressed as Father Christmas competing over distances usually no more than 10km (and often 5k or less). It’s fun, it’s whimsical, it’s a fantastic photo op; but most importantly, it’s all in aid of a good cause. And that’s exactly what will be happening here in Cyprus on Sunday, December 1, with Cyprus’ Santa Run taking place at Molos in Limassol.

An initiative of Cyprus Sightseeing (the red buses which offer multi-lingual guided tours of Limassol), the charitable event aims to supply “less fortunate families with food for Christmas and New Year. The purpose of the event is to mark the beginning of the festive season and to invite people to contribute to our fellow human beings in need,” say organisers, adding that net proceeds will go towards “Christmas and New Year meals for families in need in the Limassol area.”

A five-kilometre run (or walk), the event is open to all ages and abilities, and even kids are welcome if they’re accompanied by an adult. Entrance costs €15 per adult, €7 per child, and special rates are offered for corporate groups. And for this price, you also get your very own Santa suit.

Starting at 10 in the morning at Molos Park, the run promises to be “a celebration full of energy and Christmas spirit. Run, walk, bring your children or even your dog on a leash,” we’re told. “The Cyprus Sightseeing Santa Race is open to everyone and promises a wonderful opening to the holiday season!”

“This time of year can be a real challenge for the less fortunate families,” says Elena Aristidou, CEO of Cyprus Sightseeing. “But it’s also a great time to think of other people, and we can all help in some way.” Organisers will be converting the proceeds to supermarket vouchers which will be given out to needy families – “a great idea, as it allows people to go and buy what they really need for themselves and their children,” says Elena – by the Limassol Bishopric, which supports hundreds of families in the region on a daily basis.

So, a fun run and a lot of giving back – plus a few prizes as added incentive: the fastest Santas on the block are in the running for what’s touted as “wonderful prizes”, with two tickets to Dubai on Emirates for the first past the post, and “luxury hotel accommodation for the second and third-placed Santas.”

This is an event that’s all about having fun, even if you’re just watching from the sidelines (spectators are encouraged). And with ambulances and water tables set up every few metres, you can be assured of enjoying the Run in safely.

“Christmas is a wonderful time,” Elena concludes. “And obviously the best month for a Santa Run! We’re hoping that everyone who takes part enjoys not only the run itself, but also the beauty of Limassol and the feel-good opportunity of giving back to their community. Let’s make this Christmas a little brighter for everyone!”

For more information and participation details of the Santa Run, visit www.cyprus-sightseeing.com

Peace and democracy are ideas that will always prevail