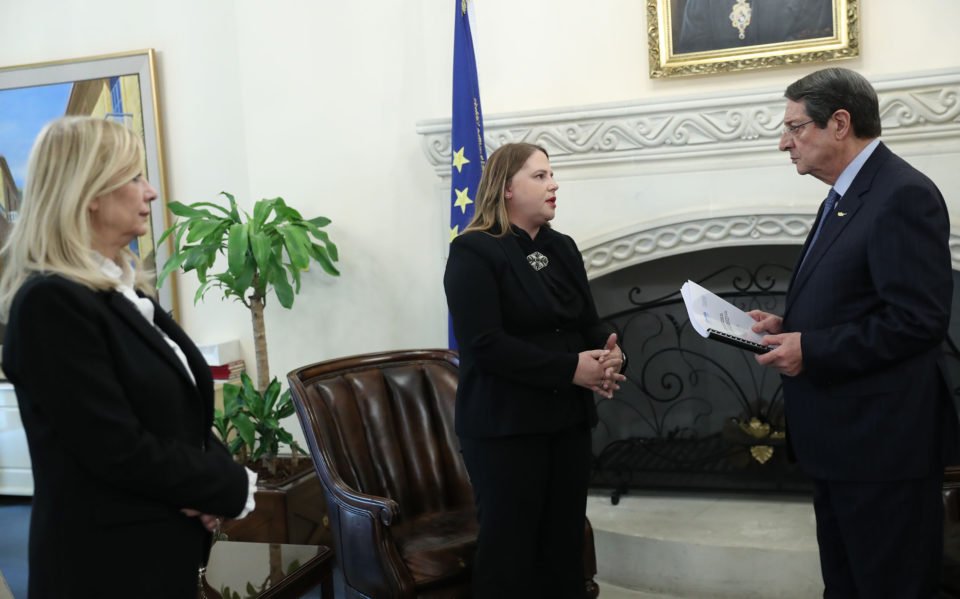 The four social welfare officials dealing with the case of the 15-year-old boy who committed suicide in September showed ‘utter criminal negligence’ and bear disciplinary and possibly criminal responsibility, the ombudswoman said on Wednesday.

Maria Lottides said that police officers dealing with the case were also found to bear responsibility for violating police regulations.

The commissioner, who delivered her report into the death to President Nicos Anastasiades on Wednesday, said procedures had not been followed.

“There are personal responsibilities of the officials of the social welfare service. Both criminal and possibly disciplinary offences arise,” ombudswoman Maria Lottides said.

Stylianos was found dead by his father at the family farm in Nicosia district on September 5. The family was reportedly experiencing abject poverty, psychological problems and domestic violence. After Stylianos’ death, his two younger siblings were removed from their family home.

Rejecting the department’s argument of staff shortages, Lottides said there was “utter criminal negligence” as to the implementation of circulars and manuals that were in effect and periodically updated, “but they had exhibited utter indifference to that.”

Lottides said at the handover of the report to the president that the disciplinary and possible criminal offences concern four officials of the social welfare service. The possibility of the latter means the report will be sent to the attorney-general.

As regards the police officers, she said, it would be up to the police chief to decide since it concerns omissions by first response officers.

The ombudswoman was tasked by the cabinet to carry out a probe across four state agencies after the suicide of the 15-year-old. The social welfare services came under particular scrutiny over whether they had handled the case properly and whether the boy’s death could have been prevented.

She said the probe started from 2007 when concerns were first raised over the family, noting that between 2011 and 2013 when the number of incidents escalated incidents, “the wrong estimates were made” that led to the tragic result.

Anastasiades expressed his sorrow over the findings of the report.

“We will not just stick to mere findings,” he pledged.

The president said that the presence of Labour Minister Zeta Emilianidou was not accidental. “It is precisely because we would like to see how to deal with such situations either of disobedience to the rules or negligence or indifference,” he said.

Emilianidou said that the government fully adopts the findings.

“It is for that reason we carried on with an independent probe into this tragic incident, the death of a child, to see the results and responsibilities anyone may bear,” Emilianidou said.

As regards the social welfare services, she said for the disciplinary offences, the indicated procedures would be fully followed without ruling out suspensions.

The minister said that responsibilities must be attributed

Later in the day, Emilianidou announced she had requested that the social welfare officials involved be suspended and had appointed an official to investigate whether they have committed disciplinary offences.

As regards the father, Lottides said since police and the social welfare service failed to recognise the psychological violence he exerted on Stylianos and the pattern of violent behaviour towards the mother and so this did not lead to his criminal prosecution. Since however the issue remains open and because he himself admitted his behaviour to the social welfare service in 2010 and 2019, Lottides said the report had been sent to the attorney-general for further investigation.

Lottides said the education ministry was the only state service that provided actual support to Stylianos from kindergarten up to high school. They helped him cope with the difficulties he was facing, even to helping him when he broke up with his girlfriend.

The school oversaw his enrollment at the technical school’s engineering department. Stylianos reportedly wanted to become a car mechanic.

It was also the school that alerted police and the social welfare services after it emerged Stylianos had made an earlier suicide attempt.

The ombudswoman also said there was not much involvement by the state mental health services, except at the initial stage. Their monitoring of Stylianos stopped around 2012 at his mother’s insistence. The department’s officials could not continue monitoring him without parental consent or a court order which had to be requested by the social welfare services. The report said it was the latter that failed to follow this procedure after suicidal tendencies were detected.

Police omissions were found in two areas according to the report.

The first was the failure to assess the risk of violence in the family, both physical towards the mother and psychological towards the children and the lack of investigation into the complaints for violence. Complaints exceeded 20 and the father had previously been convicted of violence towards Stylianos. According to a relevant police circular, they were not “precluded from further investigating the case”.

According to the report, both the first response officers and the police unit on the prevention of violence had to take into account that minors were involved but also the possibility of psychological violence.

The second omission was the failure of the first response officers to alert the social welfare service and the violence prevention unit whenever the mother reported a violent incident. The report suggests that these officers ought to be further investigated for disciplinary offenses.

This omission was very important for the social welfare services since they could have been alerted of the repeated violence the family was suffering from, she said.

Rescuers use drones and dogs to search for Albanian quake victims