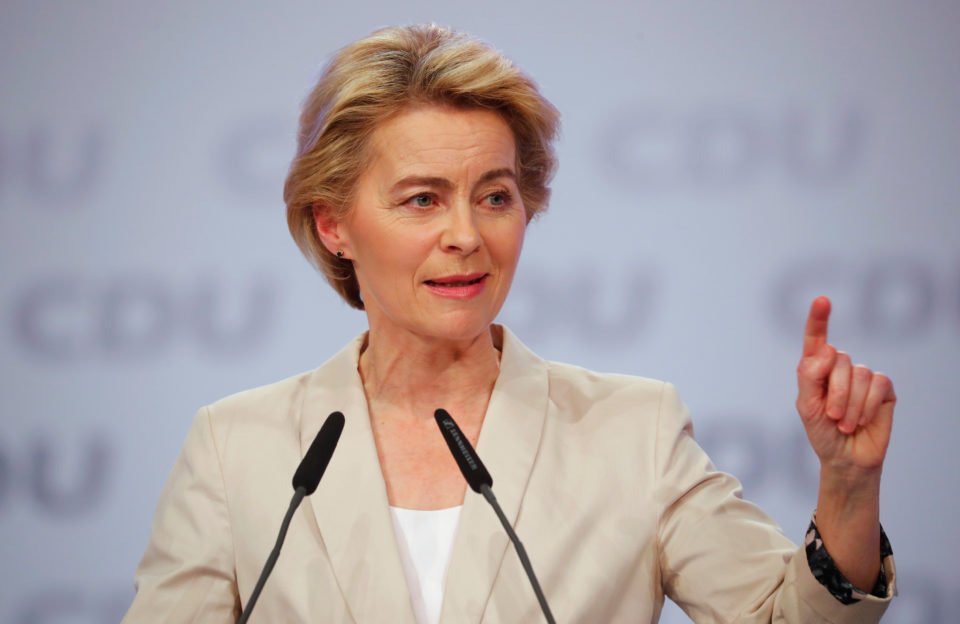 Germany conservative Ursula von der Leyen vowed on Wednesday to fight the threat of climate change while expanding economic growth as EU lawmakers’ granted final approval for the bloc’s new executive she will lead from Dec 1.

EU lawmakers confirmed von der Leyen and her new European Commission in Strasbourg, with 461 voting in favour and 157 against.

“We don’t have a moment to waste any more on fighting climate change,” von der Leyen told the assembly shortly before the vote in a speech delivered in English, French and German. “It will need massive investment.”

But she said green initiatives would have to be “inclusive” — a gesture to member states such as Poland that still rely on coal for jobs, energy and growth.

She said any new EU trade deals would include clauses protecting the environment. The European Investment Bank would become the EU‘s climate transition bank.

Von der Leyen will be the first woman to hold the EU‘s top job, European Commission president. The 61-year-old former German defence minister, who is succeeding Jean-Claude Juncker, will face a full in-tray including economic reform and migration as well as climate change.

The Commission proposes laws for the EU on everything from budgets to energy, negotiates trade deals around the world on behalf of the EU‘s 500 million citizens and acts as the bloc’s competition watchdog, approving company mergers and setting rules for global tech giants such as Facebook and Google.

In her speech, she called for flexibility to be allowed under EU rules to help economies grow and promised to keep up pressure on upholding democratic standards.

Von der Leyen, a close ally of Chancellor Angela Merkel, said the EU‘s door remained open for Western Balkan countries hoping for membership. On Brexit, she said she would always be a staunch “Remainer” at heart.

Her 27-strong team for the new Commission includes 13 women — the closest it has come to gender parity.

Building consensus among fractious member states on the politically sensitive issue of the EU‘s next long-term budget from 2021 will be another major challenge for von der Leyen.

The new executive had been due to take office on Nov 1 but the politically fragmented European Parliament rejected three of the nominees, forcing a delay. The executive normally comprises one commissioner from each EU state, though Britain, which is due to exit the bloc, has declined to name a representative.

The new executive may face legal challenges next year due to Brexit. Prime Minister Boris Johnson plans to finally take Britain out of the EU on January 31 if his Conservative Party wins a parliamentary majority in a Dec 12 election.

As Britain currently remains an EU member after several delays to its departure, it is legally required to have a commissioner in Brussels. Its refusal to name one could expose the new Commission’s decisions to legal risks.

Cyprus will celebrate the future again next May at Reflect Festival