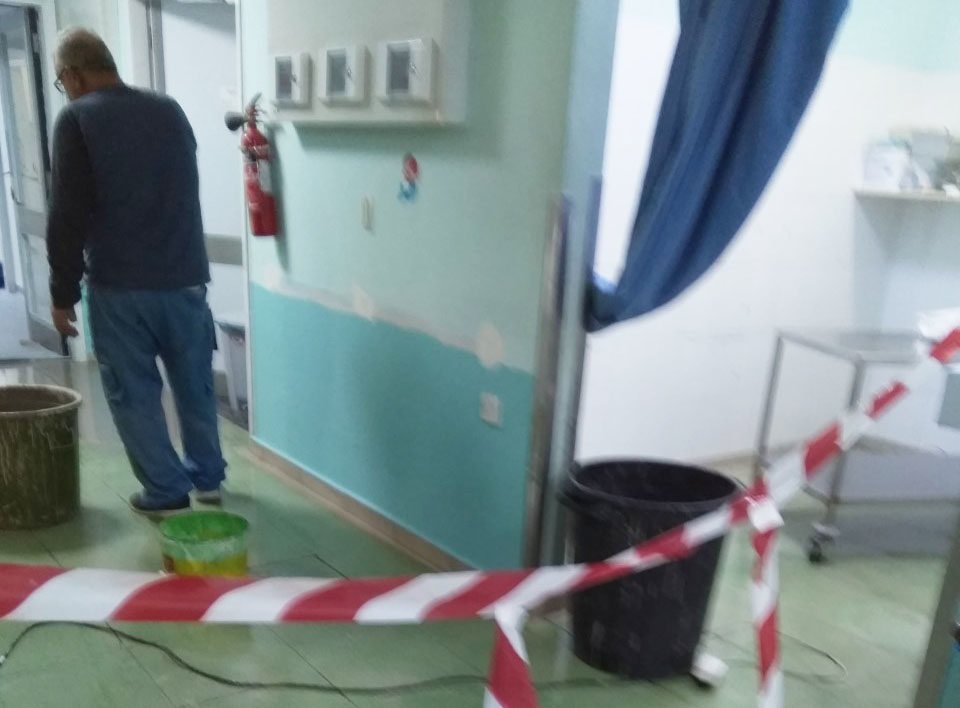 The embattled Paphos general hospital was on Tuesday criticised over “appalling working conditions for staff” and “pandemonium” as renovation works led to nurses sweeping the floors.

Paphos resident Liz Delaney said she went with her husband to the A&E department on Monday only to be caught up in the department’s renovation works.

“They are painting, re-concreting the floors, mixing large bags of sand and cement. They even removed a patient from the cubicle. The work was going on around staff and patients,” Delaney told the Cyprus Mail.

Paphos Hospital has hit the headlines recently over staff shortages and doctors infighting over a toxic work environment.

Delaney and her husband, both Cyprus residents, said the medical care they received was good but were shocked “how the staff managed to work in such conditions.”

“I couldn’t believe it – it was horrendous. I’ve never seen anything like it. A nurse was even sweeping the floors to clear the rubbish,” she added.

An official at the Public Works Department, who did not wish to be named, said “we’re taking out the floor and re-doing it to make it nicer, if we need to get the job done what does she want? Should we not do our job? We were putting caulk powder to attach plastic flooring.”

Delaney further claimed that staff called down the director of the hospital Spyros Georgiou and complained about the working conditions.

Ministry of Health spokeperson Margarita Kyriacou told the Cyprus Mail there wasn’t really much choice. “There’s always patients, we can’t just close the hospitals and turn people away who need medical treatment. Hospitals are constantly undergoing renovation to make sure we can provide a better health service to those in need,” she said.

“Of course nurses shouldn’t be sweeping the floors, there should be cleaners around to help,” she added.

There were also accusations that the renovation work at the A&E department was not being carried out in accordance with health and safety standards. Workers were pictured handling chemicals and other materials without protective gear such as face masks.

The hospital opened in 1992 to serve the Paphos region. Since then it has fallen into a state of disrepair and faces increasing challenges due to Paphos’ growing population.

Earlier this year two doctors from Greece that were working in the hospital’s A&E department tendered their resignations because of alleged bullying.

Our View: Not much to celebrate in new ‘window of hope’