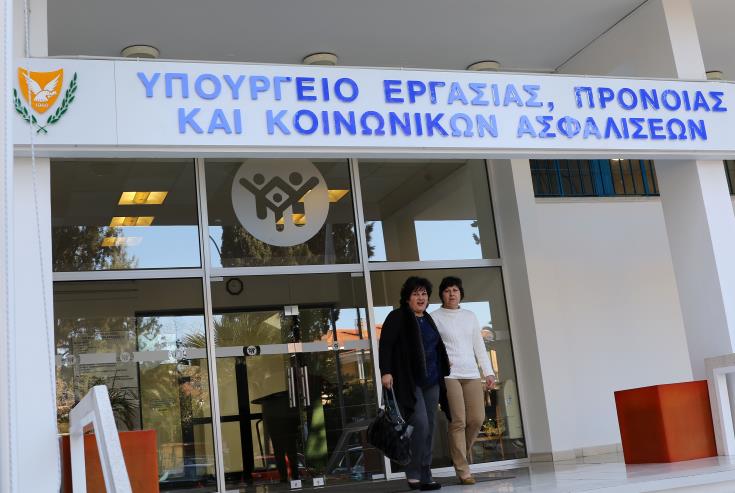 Social workers in all districts went on an impromptu one-hour work stoppage on Thursday morning in protest over the ombudswoman’s findings into the suicide of a 15-year-old boy, which led to the suspension of four of their colleagues over suspicion of disciplinary offences and possibly criminal ones.

They threatened to escalate measures, such as a 24-hour strike.

The report, following a probe into whether state services had done their best to protect and support 15-year-old Stylianos who was experiencing psychological violence at home and who committed suicide last September, found that procedures had not been followed by four social workers who were involved in the case.

The work stoppage started at 11.30m with social welfare employees saying their colleagues have been targeted. Their union representatives will meet later in the day to discuss further measures.

Head of the social workers’ branch of civil servants’ union Pasydy Iosif Michail told the Cyprus News Agency that the work stoppage was in support of their colleagues “who have been victimised and, basically, have been blamed for boy’s death.”

He added that they respect the unjust death of a young child.

According to Michail, the social welfare service’s employees have a huge workload and should be handling much fewer cases.

“Our officials handle between 100 and 120 cases,” he said, adding that in other developed countries they are called to handle up to 20.

Michail said that at the meeting to discuss measures the union will suggest to its members either a 24-hour strike or for the social workers to handle the same number of cases as in other European countries.

“Since our officials are handling between 100 and 120 files, we will keep the 20 and the rest we will collect and take them outside the labour ministry,” he said.

He added that the social welfare service also serves around 6,500 asylum seekers and economic migrants for whom they issue each month coupons and cheques.

This, he said, ought to be the responsibility of the interior ministry and not the social welfare service.

The four social workers were suspended on Wednesday while a probe ordered by Labour minister Zet Emilianidou is underway into the possibility of disciplinary offences mentioned in the ombudswoman’s report which will also be sent to the attorney-general to weigh in on the possibility of criminal offences.

Police spokesman Christos Andreou said on Thursday that the force would take all the necessary actions and that responsibilities would be attributed where it is deemed appropriate.

In the meantime, main opposition Akel called for political responsibilities to be assumed by the competent minister.

Emilianidou said in response that political responsibilities can be attributed “in the case a political superior was aware of a situation and failed to do anything.”

In this case, she said, the issue is about possible and potential negligence in the performance of duties and responsibilities which are clearly written in manuals and instructions.

But ombudswoman Maria Lottides too felt compelled to reply to comments by Akel MP Skevi Koukouma who had expressed bewilderment earlier in the day on state broadcaster CyBC radio on how the minister had time to study the report and fully back it as soon as it was presented. “I wonder if she wrote it together with the ombudswoman,” Koukouma said.

Lottides expressed her sorrow and shock over Koukouma’s statements, arguing they were casting aspersions on the independence of the institution and were disrespectful to the child’s memory. She said she would consider taking legal measures.

Stylianos was found dead by his father at the family farm in Nicosia district on September 5. The family was reportedly experiencing abject poverty, psychological problems and domestic violence. After Stylianos’ death, his two younger siblings were removed from their family home.