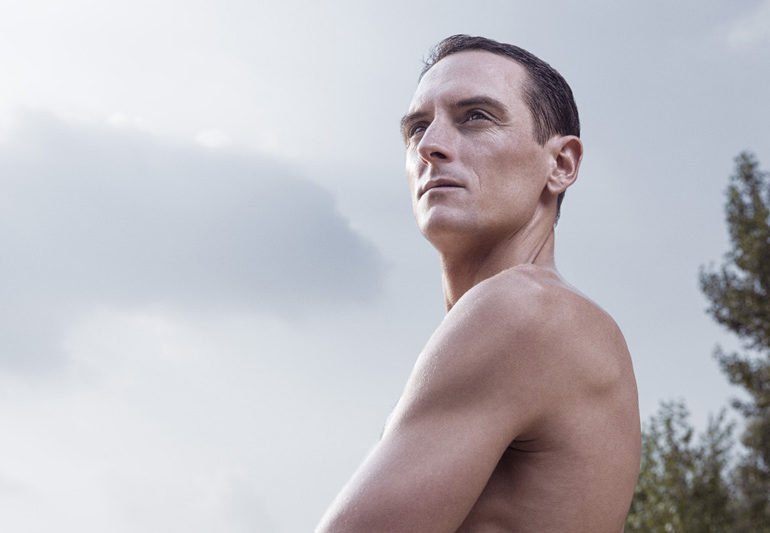 In producing a book of profiles written over a period of 10 years, THEO PANAYIDES is glad to have something tangible, although he didn’t do it alone 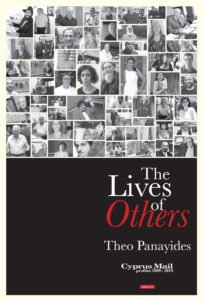 What’s it like to publish a book (or have a book published, in this case)? Well, I’d say it’s a bit like building a bookshelf.

It doesn’t sound very glamorous, and I guess it isn’t. Maybe it’s because my book, The Lives of Others, was essentially pre-written – being a collection of 60 of the Sunday profiles I write for this very paper – so the process of putting it together was a lot like putting a bookshelf together. Grab the planks, saw off the edges, nail them into place.

This is not to underrate the hard work of Haris Ioannides and the good folks at Armida Books. There were many, many planks to get right: many fonts to examine and compare, many photos to try and make presentable, many possible covers to design before settling on the right one. Sometimes you’ll go to a friend’s house and find a sorry-looking, amateurish bookshelf in their living room, its wood chipped, its shelves askew and misshapen; ‘Built it myself!’ your friend will say proudly. I didn’t build my bookshelf myself (or not entirely), and it’s just as well.

The thing is, however, that – once you’ve actually built the thing – you realise how much satisfaction it’s given you, and how much satisfaction it continues to give you. It fills a gap you didn’t know was there. You realise how empty the room looked before. You’re forever going up to it, just to peruse the books and make sure the edges are straight. You’re proud of it, simple as that.

It’s the same when you publish a book. Suddenly it’s there – tangible, substantial, reassuringly heavy (The Lives of Others is 412 pages). In the days since our first shipment arrived, I’ve often found myself picking up my personal copy and just leafing through it, quietly admiring it. It’s also – like a bookshelf – surprisingly useful. It makes a fine gift, and a good conversation starter. It elevates the humdrum ‘What’s new?’ to a genuine question. I assume it could even be used to swat a fly or prop a window open, though I haven’t tried either of those yet.

Above all, in my case, the book consolidates – and, I guess, gives meaning to – the hundreds of profiles I’ve written in the past 10 years, having begun in February 2009 (I wrote dozens more in the early 00s, but none of those ended up in this book). Most, at least since 2012, are also on our website, of course – but there’s a special charge in seeing so many of them in one place, as if in conversation with each other.

The range of subjects is, deliberately, very broad. It’s a case of ‘all human life’ being here. We have a bestselling author (Victoria Hislop), a former President of the Republic (George Vasiliou) and the freediving champion of the world (William Trubridge) – but we also have a circus clown, a pig farmer, a street sweeper, a volcanologist. There are refugees, businessmen, two victims of war, one former drug addict, plus quite a few mavericks, free spirits and unconventional types. The earliest interview, written in May 2009, is with Latif Yahia, who spent many years as a ‘body double’ for Uday Hussein, Saddam’s son (his life became the subject of a film, The Devil’s Double). The most recent, written in April of this year, is with Helen Christofi, an unabashed nerd and Comic Con organiser. The world has changed during the 10 years I’ve been writing this stuff.

The 60 subjects are only a small selection, of course – and indeed that was the hard part, choosing who to put in (and who to leave out). I could also have included, say, Vicky Krieps, who was Daniel Day-Lewis’ co-star in Phantom Thread, or rapper Ms. Dynamite, or Oscar winner Olympia Dukakis, or presidential candidate Stavros Malas, or the Auditor-General, or the Commissioner for Children’s Rights, or any number of local MPs and MEPs – but I purposely chose to ignore celebrity, at least as a criterion for being in the book. The main criterion is what the subjects gave me, how far I feel they opened up and how far what they told me was dramatic and original. In a word, it’s about the stories.

I never thought I’d publish such a book. The whole point of journalism is that it’s transient, ephemeral; dressing it up as literature feels a bit like cheating. Now that it’s done, however, I can see that it stands for something – that the whole, in short, is greater than the sum of its parts. Above all, it’s there, a carefully-crafted object I can hold up to represent a decade (and more) of my writing life – though it’s hopefully fun for readers too, a book for dipping into, even perhaps a book to make you ponder on the lives of perfect strangers, and how one life can often echo or illuminate another (perhaps your own). In that sense, at least, it’s not much like a bookshelf.

The Lives of Others is available on Amazon, at selected bookshops (including Moufflon and Solonion in Nicosia, K.P. Kyriakou in Limassol, and Kyriakou Fullpage in Paphos) and through the publisher, Armida Books