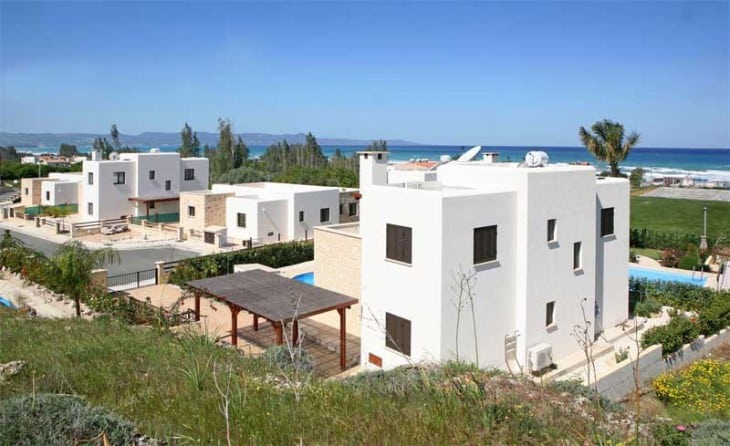 Six years since the British government first released its advice online about buying properties in Cyprus, it has released an update but nothing has changed.

They continue to advise “extreme caution” when buying a property if the title deeds are not readily available.

People buying property in Cyprus in some cases have become “trapped buyers”.

The British High Commission’s advice page still warns that developers take out mortgages on land or property and that signing a contract under these conditions makes the buyer ultimately liable for the loan.

Lawyers are not required to check for mortgages automatically.

While efforts have been made to solve the incredibly complex issue, as of 2018 there were still as many as 70,000 trapped property buyers without title deeds.

However, member of the House interior committee Andreas Kyprianou said that “the 2015 law is working very well and many people have had their title deeds restored, the bill is being enforced.”

“The British government has been warning of this issue for a while, and perhaps there are some people with outstanding issues – but to my knowledge the bill is working well,” Kyprianou concluded.

In 2015, parliament passed a law aimed at helping thousands of owners who had paid for their properties in full but had not been issued with their title deeds because the developers had their own mortgages on the properties.

The head of the land registry had been granted the authority to exempt, eliminate, transfer and cancel mortgages and or other encumbrances, depending on the case and under certain conditions, as the state sought to sort out the title deed mess.

However, banks contested the law and won rulings that it was unconstitutional.

Courts said it violated Article 26 of the constitution, which affords individuals the right to enter freely into any contract.

But in September 2017, a Larnaca court upheld the law, allowing trapped property buyers to obtain their title deeds irrespective of the developers’ own commitments to banks.

The final say now lies with the supreme court.

“Cyprus seems to have escaped the Troika and the EU but I have heard that there are people who have got their title deeds,” said Nigel Howarth, an independent property advisor.

The problem affects thousands of Cypriots and foreign buyers who have also sought recourse in European courts.

In regards to properties in the north, the High Commission said it reiterated that the “ownership of many properties is disputed.”

They went on to say that people buying property in the north could face legal proceedings in Cyprus, as well as “attempts to enforce judgments from these courts elsewhere in the EU, including the UK.”

There has been at least one successful case to enforce rulings in the UK, putting at risk property owned in the UK.

Our View: Allowing students to think they have a say has led to predictable results