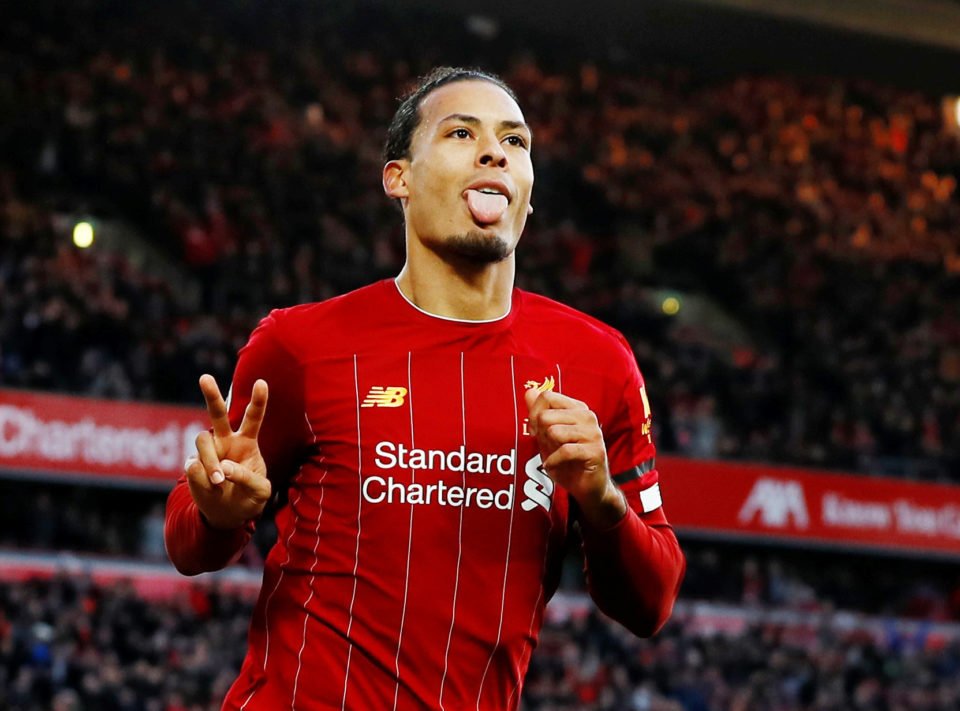 Liverpool hung on after having goalkeeper Alisson Becker sent off to beat Brighton & Hove Albion 2-1 and extend their lead at the top of the Premier League to 11 points thanks to two first-half headers from defender Virgil van Dijk.

Liverpool, who also equalled their unbeaten top flight run of 31 games set between May 1987 and March 1988, have 40 points from 14 games, with second-placed champions Manchester City on 29 after they were held to a 2-2 draw at Newcastle United.

Van Dijk opened the scoring in the 18th minute with a looping header after Trent Alexander-Arnold floated in a free kick from the right and the two combined again for the second goal six minutes later.

Brighton goalkeeper Mat Ryan denied Sadio Mane with a fine reflex save but was powerless when Van Dijk made his run to meet Alexander-Arnold’s corner at the near post.

Centre back Lewis Dunk missed two chances to pull one back for Brighton, sending a shot wide from close range shortly before halftime and then glancing a header inches wide of the far post in the 54th minute.

Liverpool goalkeeper Alisson was sent off in the 77th minute for handling the ball outside the penalty area. Dunk immediately took advantage as he stroked a quick low free kick past stand-in keeper Adrian.

A 48th-minute goal from Aaron Cresswell earned West Ham United a surprise 1-0 victory at Chelsea in the Premier League on Saturday, their first win since September.

Cresswell latched on to a pass from Pablo Fornais and cut inside Chelsea’s 19-year-old defender Reece James before shooting into the far corner past Kepa Arrizabalaga.

It was West Ham’s second real chance of the game after a 25th-minute effort from Michail Antonio, whose point-blank header was well parried by Arrizabalaga.

Until the goal Chelsea, though looking a little off the pace after their breathless 2-2 draw with Valencia in the Champions League, had looked the more likely to score.

But they huffed and puffed round the West Ham goal without producing the decisive strike. James went closest when his deflected shot hit the outside of the post in the 23rd minute.

Manuel Pellegrini’s West Ham had a goal ruled out by VAR in the 69th minute for handball by Antonio but held on under late home pressure to record their first league away win since August.

Crystal Palace ended a winless run of five Premier League games with a 2-0 victory at Burnley on Saturday. Jordan Ayew had an effort disallowed for offside in the 38th minute but Palace grabbed the lead at Turf Moor on the stroke of halftime when Wilfried Zaha cut in from the left and his low strike beat Burnley keeper Nick Pope at the near post.

Burnley should have drawn level in the 58th minute when a poor header from Cheikhou Kouyate fell straight to Chris Wood in the box but the New Zealand striker wasted the chance, blasting high and wide.

Palace wrapped up the win in the 78th minute when Burnley defender Ben Mee’s mis-hit clearance fell to substitue Jeffrey Schlupp who fired low past Pope, beaten again at his near post.

Jose Mourinho’s dream start as Tottenham Hotspur manager continued as Dele Alli scored twice in a 3-2 victory at home to Bournemouth on Saturday — a third successive win for the Portuguese since replacing Mauricio Pochettino.

Despite watching them win their first back-to-back league games since April, it was not all good news for Mourinho, though, as his side conceded late goals for the second week running.

Alli, whose struggles so far this season had mirrored Tottenham’s dismal start, has looked rejuvenated in the past week since Mourinho arrived, and put Tottenham in front in the 21st minute from close range.

While Tottenham’s attack has clicked under Mourinho, another impressive display was rather tarnished once more by a failure to keep a clean sheet.

First, Harry Wilson’s pinpoint freekick gave Bournemouth a surprise lifeline and when the Welsh international scored again in stoppage time there were some jitters on the home bench.

A second successive league victory for the first time this season lifted Tottenham into fifth spot with 20 points from 14 games, six points behind fourth-placed Chelsea.

Bournemouth dropped to 12 with 16 points.

From desert to art