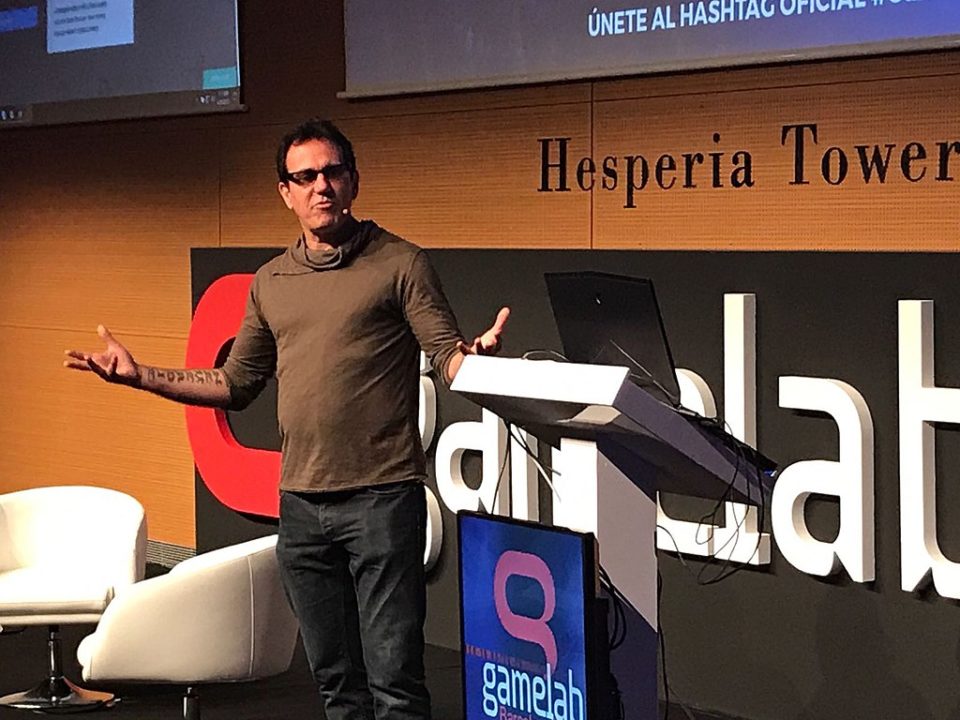 Jon Jacobs makes tens of thousands of dollars each month

Jon Jacobs was a financially struggling actor in real life but a wealthy trader in an online video game when he had his breakthrough: what if he could turn his virtual success into a steady stream of real dollars?

Jacobs, who mortgaged his home to start investing in virtual property, broke records when he sold his nightclub to other users in the multi-player online game Entropia Universe for $635,000 in 2010.

He makes tens of thousands of dollars each month from his other assets within the game, which allows players to explore a futuristic world and has an exchange rate pegged to the U.S. dollar, meaning money can be taken in or out.

“I think that over the next decade we are going to see exponential growth in the trade of virtual goods,” Jacobs told the Thomson Reuters Foundation in a phone call from Los Angeles.

He is among a growing number of players globally spending on virtual goods within games that range in price from a few cents to thousands of dollars – fuelling debate on what rights they hold over those digital assets.

The video games market is set to more than double in value to $300 billion by 2025, data and analysis company GlobalData estimates.

Much of the money is made through the sale of in-game virtual property ranging from weapons to outfits and even real estate – and that spending could reach $32 billion in 2020, according to data and research firm Statista.

“There is a shift in the gaming industry towards free-to-play games,” said Tamara Slanova, co-founder of DMarket, a platform for game developers and players to sell virtual outfits or other cosmetic items known as ‘skins’.

“So now the only way the game developers can earn money is by selling some in-game stuff, basically the outfits in the game or the skins for weapons in the game.”

Nearly half of games include in-game purchase options, according to analysis by TIGA – the trade association representing Britain’s game industry – of a sample of games released last year by British developers.

The average spend on Dmarket.com is usually only a few dollars, said Slanova, but it is not uncommon for purchases to run into hundreds or even thousands of dollars.

“Sometimes it’s really astonishing how much real money people are eager to spend on some virtual stuff,” added Slanova.

While players may be willing to pay up for in-game extras, they have far fewer rights over such digital assets than they would for real-life purchases, said legal experts.

A minority of games allow players to freely buy, trade and sell virtual property, with some gamers making real-world fortunes as a result.

But in most games, users will not get any legal ownership rights over virtual property in return for their money, said Gaetano Dimita, a lecturer in international intellectual property law at Queen Mary University of London.

Instead, they are paying for a licence which allows them to use the items within the game under terms dictated by the company, he said, with firms usually reserving the right to change, substitute, or withdraw access to virtual goods.

Players are often not allowed to sell or transfer items to other people, added Dimita, while if their account is suspended or the game shuts down they will see their access cut off.

While full details are laid out in the terms of sale and user licence agreement, many players may not read through legal details often running to thousands of words in legal jargon, said law professor Aaron Perzanowski.

“There is a lot of room for improvement in helping consumers understand how they are investing their time and their money,” said Perzanowski of Case Western Reserve University in the U.S. city of Cleveland.

It has led to questions over whether buyers of in-game property or other virtual goods understand exactly what they are – and are not – getting in exchange for their money.

Up to half of people who click ‘buy now’ on a digital song, book or film wrongly believe they can lend it, give it away or re-sell it, found a 2017 study co-authored by Perzanowski, though he added that games players may be more savvy on average.

“Rights to virtual items are often set out within extensive end-user licence terms which some players will not necessarily read upfront,” said a TIGA spokesman in an emailed statement.

However, TIGA said that game makers would not want to risk driving players away by removing their virtual property.

“To remove access to purchases could result in very negative publicity which would harm the long-term value of the game.”

As gaming continues to boom, some players, consumer rights groups and trading platforms are lobbying for players to get greater rights over their virtual goods.

“This demand is growing … from people that really want to trade skins and to use them as their own property since they paid for it,” said Slanova of DMarket.

Court cases have also sought to challenge the broad legal principle that digital items cannot be re-sold by buyers in the same way as physical goods like clothes, records and books, all of which have thriving secondhand markets.

Valve has said it will appeal the decision.

The developing law around digital rights means the situation is “not particularly clear”, said Perzanowski, who added he expects to see more legal challenges in the future.

And the results of court cases over rights for virtual items such as games software will have impact far beyond online players looking to cash in on their digital swag, he said.

“Software is in everything now – it is in your kitchen appliances, it is in your car, it is in medical devices that are implanted in people’s bodies,” said Perzanowski.

“And all of these same arguments about whether or not you own and control the software are just as true when it comes to physical products that have software embedded into them,” he added.

“The answers to these questions are going to have much, much broader implications over the next 10 to 20 years because software is being built into every product you can imagine.”

Cyprus re-elected as member of the International Maritime Organisation

A minute with Vicky Karaiskou Associate Professor of Art History at the Open University of Cyprus; author

Meet Japan’s cyborg cockroach, coming to disaster area near you