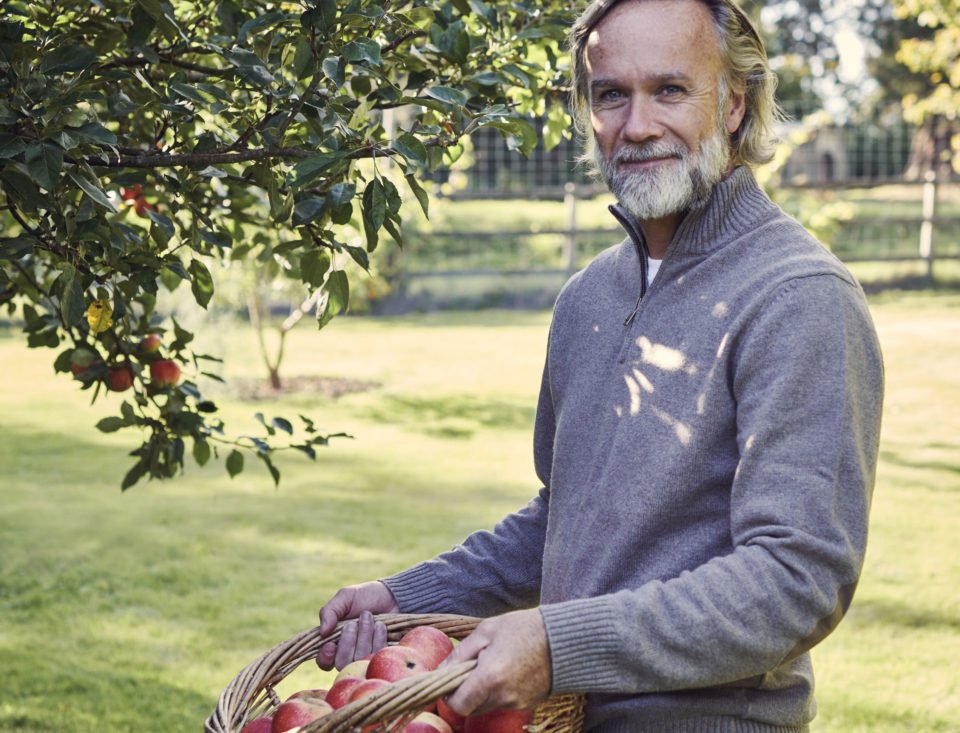 Many know Marcus Wareing best for his measured – often tough – critique on Masterchef: The Professionals, delivered with those unnervingly steely blue eyes and leaving experienced chefs wishing they’d never dared serve the acclaimed restaurateur a panna cotta without the correct amount of wobble.

“I cannot believe the amount of plastic waste we throw away as a family because of supermarkets. It’s insane. It drives me crazy. We have a massive, massive issue here and it really needs stopping and stamping out,” he declares. “Don’t get me going on plastic!”

He finds kitchen food waste just as intolerable – and there’s as little as possible of it in the Wareing household – an issue he’s tackling in his new cookbook, Marcus Everyday.

“I hate waste. My father is a fruit and potato merchant, we never threw anything away. As a chef, you’re taught to look at produce, to nurture it, to store it well, and you don’t throw things away. That’s been ingrained in me.

“We don’t have money to waste,” says the chef. “I don’t, that’s for sure! And I’m certain a lot of people out there in the world don’t. So don’t waste your food.”

His new recipes for less food waste include Tuscan-style panzanella, frittata with piquant fruit chutney and sticky banana pudding with rosemary. Even past-its-best milk doesn’t need to be chucked; that’s right, you can turn it into homemade ricotta (with a radicchio, orange and dill salad). “It’s not dangerous,” Wareing assures. “It’s simple and straight-forward.”

The new book is made up of chapters that might surprise, one going against the recipe book grain for dishes for two, four or six plus people, and aimed squarely at those cooking only for themselves – like the croque monsieur with homemade bechamel, or butter-roasted cauliflower with capers and parsley.

Wareing is no stranger to cooking for one, particularly during the earlier years after long kitchen shifts (he worked under Gordon Ramsay at Aubergine). “I was either at work or came home and no one was there,” he says.

It can be tempting not to make any effort just for yourself, especially during the week, he agrees. “That’s the biggest problem. They think, ‘Oh well, it’s only me, I’ll sit in front of the TV and have a convenience meal’.”

Marcus Everyday by Marcus Wareing, photography by Susan Bell, is published by HarperCollins

100ml tomato juice from a carton

If you’re using fresh bread, preheat the oven to 170C, line a baking tray with baking parchment and lay out the bread slices in one layer. Bake for 10 minutes then remove from the oven.

While the bread is baking, cut the tomatoes into small wedges. Toss them in salt then place them in a colander set over a bowl. Set aside for 20 minutes, reserving the juice.

Place the tomatoes in a large bowl.

Add the garlic, two tablespoons of the balsamic vinegar and 50ml of the olive oil to the fresh tomato juice in the bowl. Mix together and season well with salt and pepper.

Cut the bread into 2cm dice and place in a shallow dish large enough to fit the bread in a single layer. Pour the tomato juice mix over the top and leave to sit for 20 minutes.

Mix the remaining balsamic vinegar and olive oil together. Add the mustard and caper brine and season with salt and pepper.

Add the soaked bread, red onion, capers, olives and herbs to the tomatoes and gently mix together with the dressing. Serve immediately.