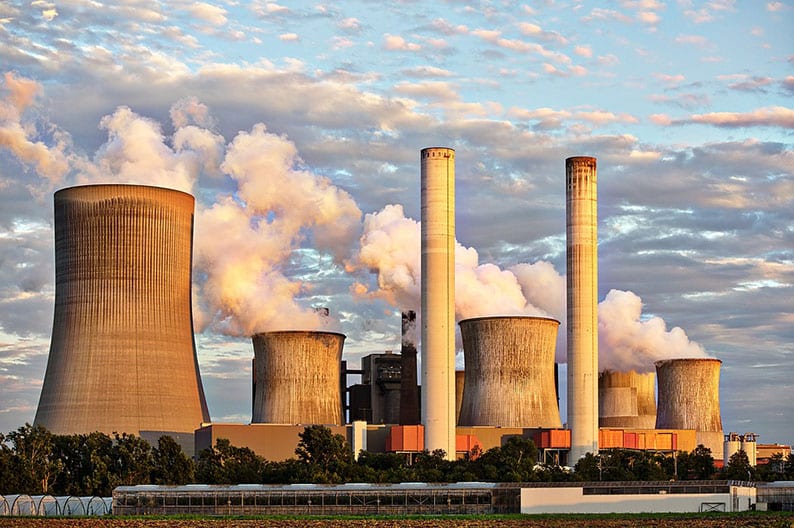 To stop runaway global warming we will have to cut our greenhouse gas emissions by almost half (45 per cent) in the next 12 years. That means we would have to decide to close down all the remaining coal-fired power plants within the next two years

What a surprise! The annual emissions report by the United Nations is now out, and greenhouse gas emissions are still going up thirty years after we first realised there was a problem with the climate. In fact, they have gone up 15 per cent in the past ten years. So much for the promises of ‘early and deep cuts’ in emissions to avoid catastrophic heating.

Governments have been making these promises since the early 1990s, and they are never kept because the political pressures are far stronger from those who profit in the present – the fossil fuel industries and the automobile, shipping and aviation industries – than from those who are merely frightened for their children’s future.

The industries are well organised, have lots of money to spend, and focus tightly on stopping changes that threaten their business model. Private citizens are less organised, have far fewer resources, and have many competing demands on their attention. Inevitably, the industries succeed in sabotaging most attempts to cut emissions.

For a long time, the main strategy of the industries was denial. At first they denied outright that carbon dioxide and other greenhouse gas emissions were changing the climate. Never mind the science: just listen to this other guy in a white coat who says that it isn’t happening.

That worked for a while, and the initial rapid response to the climate change threat lost speed through the later 90s. Flat denial became increasingly untenable in the early 21st century, however, and the emphasis of the deniers shifted to spreading doubt. The climate is always changing; lots of scientists don’t believe that the warming is caused by human activities; the jury is still out.

Those lies worked for another fifteen years, but gradually the real scientists realised that they had to organise too. There is now no government in the world (except the United States) that still goes along with the denialism. Every major international body has accepted the evidence that climate change is actually happening and that we are the cause.

Time for another change of strategy by the fossil fuel industries and their allies, then. If they can no longer hope to discredit the science or confuse the public about the evidence, maybe they can at least deflect and divert the pressure for effective action on climate change on to targets that do not directly threaten the sales of their products.

That’s where we are now, and it was Dr Michael Mann, Distinguished Professor of Atmospheric Science at Pennsylvania State University and director of the Earth System Science Center, who first spotted the new strategy of the fossil fuel industry’s shills.

“There is an attempt being made by them to deflect attention away from finding policy solutions for global warming towards promoting individual behaviour changes that affect people’s diets, travel choices and other personal behaviour,” he told The Observer newspaper early this month. “This is a deflection campaign, and a lot of well-meaning people have been taken in by it.”

What gives the deflectors credibility is that they seem to be on the side of the angels. They’re not denying that climate change is real; they just want you to use your bike more, eat less meat, and recycle your waste. What could be wrong with that?

Nothing, of course. You should be doing all those things: it’s a necessary part of the solution. But they want you to do that INSTEAD of campaigning (or at least voting) for action that directly targets fossil fuel use. If you feel that you’re already doing your bit in the climate emergency by changing your personal behaviour, then the pressure is off them.

They also encourage ‘doomism’: the notion that it’s too late in the game to do anything useful about climate change. “This leads people down a path of despair and hopelessness and finally inaction, which actually leads us to the same place as outright climate-change denialism,” said Mann.

It really is quite late in the game. We would have to cut global emissions by 7 per cent a year (instead of increasing them by 1.5 per cent annually) to avoid breaching the never-exceed limit of two degrees C higher average global temperature. That’s far beyond what we have ever done before, so there is considerable justification for pessimism.

However, pessimism is a luxury we cannot afford. We have to keep working away at the task, because every cut we make in emissions, however inadequate, gives us a little more time to deal with the rest of the problem.

The ‘deflect, divert, distract’ campaign is often hard to distinguish from genuine attempts to change people’s lifestyles in positive ways, and frankly there’s no point in trying. Just do what they’re advocating (bikes, meat, recycling, etc.) and remember to do the hard political and legal work of eliminating fossil fuel use too.

Simple to say, hard to do.