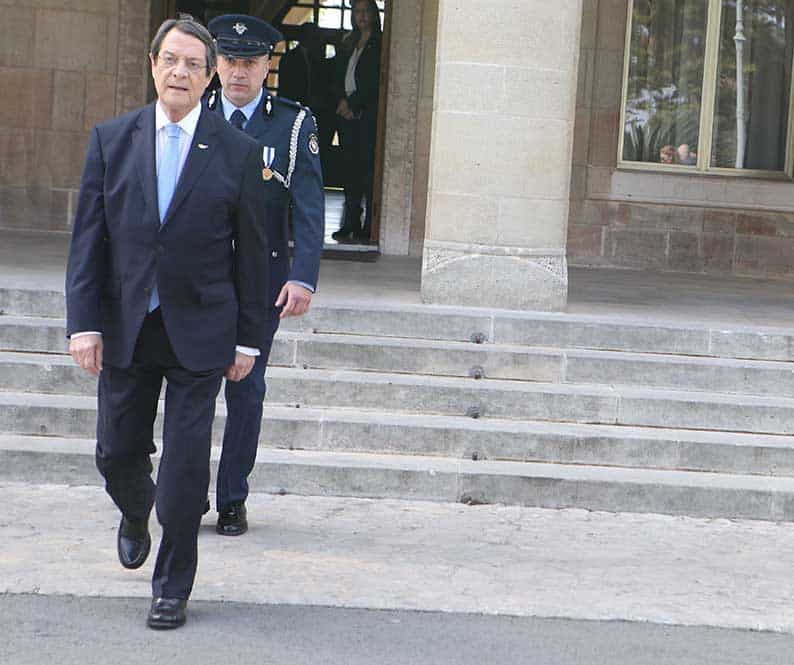 President Nicos Anastasiades announced a reshuffle of his cabinet on Sunday.

This will see current Interior Minister Constantinos Petrides take on the role of finance minister.

He will be replaced by current Disy MP Nicos Nouris.

The new ministers and others will be sworn in on Tuesday and will take over their new duties on Wednesday.

The people are certainly important but it is the policies that define a government, he added.

“It is well known that the policies of the Anastasiades-Disy government have led to a great divide,” Stefanou said. “In its seventh year in power, the government has not once shown it plans to change its policies that are against the public and take Cyprus back many years”.

As far as the new ministers are concerned, they will be judged by what they achieve, he added.

Greens leader George Perdikis said there “seems to have been an effort to have more party members in the cabinet.”

Nouris is a sitting Disy MP and one of the parties three vice presidents, Karousos was voted as mayor with Disy support while Sentonas is the vice president of the Disy youth wing Nedisy.

In a written statement, Karousos thanked the president for the appointment and said he would work hard to honour the trust that has been shown in him and to meet the aims of the ministry.

Asked about his goals, Kousios said he would like to “raise the level of what is called political culture” and said he would try to be as mild and concise as possible in his statements.

“Discussion about the environment affects every one of us individually and us all as a whole,” Vasiliou said in a Facebook post.

Wishing the new ministers a productive start to their term, a Disy statement said the party was sure they would come up with policies that would serve the good of the people.

“At the same time, we cannot not comment on the negativity of Akel in pre-judging the new ministers before they have even taken up their posts,” the party said.

It said the only thing Akel got right in its own statement was that the new ministers would be judged on the work they do.

“We would remind Akel that we are all judged on the work we do. But the party of the left is being judged not on its work but its continuing policy of negativity”.