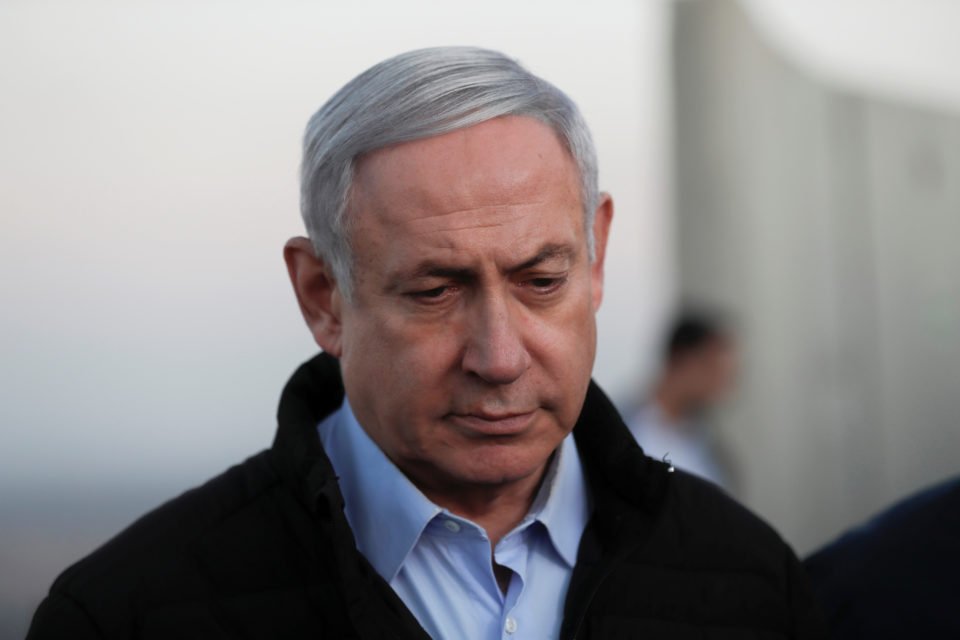 Last month astonishing events took place in the United States, Israel and Iceland that give a lesson on how democracy should operate.

In neighbouring Israel, the country’s attorney-general announced that he had brought charges against the longest-serving prime minister in the history of Israel, Benjamin Netanyahu. He is being charged with bribery, fraud and breach of trust in three separate cases. He is alleged to have dispensed favours to the boss of a telecommunications group to secure more positive press coverage and of accepting gifts from wealthy businessmen.

The attorney-general of Israel, Avichai Mandelblit, has given a lesson in democracy. What is he telling us? He is telling us that a democratic country holds all citizens equal before the law with regard to their rights and responsibilities, without different treatment envisaged for any citizen because of gender, or political, social or economic position. In contrast to his Israeli counterpart, Cyprus’ attorney-general avoids confronting members of the establishment.

For example, the rhetoric of hatred exhibited by the archbishop and the bishop of Morphou clearly violated the 2011 law on racism and xenophobia but the attorney-general, as usual, chose to do nothing. That is why no Cypriot finds it strange that members of the establishment enjoy privileged treatment.

As regards the gifts taken by deputies in their official roles, it should be noted that they are not entitled to make these their own. The gifts should be registered as property of the House of Representatives or the Cyprus Republic – otherwise, accepting the gift is considered bribery. Some of our deputies cannot comprehend the moral issue raised by these gifts.

In 2017, a delegation of the House of Representatives under its president Demetris Syllouris visited Kuwait at the invitation of the country’s National Assembly, and our deputies considered the expensive wrist watches (worth thousands of euros) that were given to them by the Kuwaitis as a personal gift. In other countries taking these gifts would have been considered politically indefensible and led to resignations.

Political culture in Cyprus though remains Middle Eastern. Even the president of the House reprimanded the journalists that dealt with this matter because, lo and behold, they were “dealing with watches”, in other words trivialities. Yet this would be a major issue in countries where democracy is deeply rooted. For example, a former governor of New South Wales in Australia had a accepted a bottle of expensive wine as a gift from a company and when this became known he was forced to resign.

The other staggering example of equality before the law was provided by Iceland. Just a few days ago, the Supreme Court of Iceland sentenced to prison the last nine bankers of an international bank for crimes related to the banking crisis in the country in 2008. In Iceland, it should be recalled another 36 bankers – executives and senior personnel – had already been sentenced. The punishments were harsh – 11 were sentenced to a total of 35 years while seven got a total of 25 years. Icelanders, demanding that bankers were treated like all citizens, conducted a fair trial. Examining the reasons the Iceland bankers were charged it is clear that they were the same as those for the Cypriot bankers – fraud, misinformation, market manipulation, dereliction of duty and violation of banking rules. Yet in Cyprus they were all acquitted.

I do not know whether they were rightly or wrongly acquitted based on the testimony before the court. What I do know was that top bank executives and directors are part of the establishment and that Cypriot society regarded them guilty of some wrongdoing given the stench of the banking scandal.

As the renowned LSE professor Harold Laski said, in a state in which the establishment is powerful, democracy suffers. In his book An Introduction to Politics, Laski explains that “the legal order is a mask, behind which the dominant economic interest secures the benefits of political domination. The state, in the way it calculatingly functions, does not pursue general justice or general benefit, but the interest, in the broader sense, of the ruling class.”

Finally, the fact that US President Donald Trump is at the centre of an impeachment investigation by Congress, after the revelations about his telephone conversations with the president of the Ukraine, indicates that even in the world’s biggest power, the president is not above the law.

This brings to mind our own president and the constitution of 1960. Charting the behaviour of President Anastasiades we see that not all is spotlessly clean. In a CyBC television show, Akel chief Andros Kyprianou mentioned that at weekends Anastasiades oversees the law office of his daughters, which possibly could deal with cases in areas about which the council of ministers takes decisions.

Last summer the president went to the Seychelles en famille in a private jet of a Saudi businessman who had been granted Cypriot citizenship, and the public has still to be informed if he had paid for the trip and holiday or if it was gratis. In short, potentially, this could be a case of bribery. Article 44 of the constitution stipulates the removal of the president under certain conditions but in Cyprus it will never be activated. If Cyprus’ deputies were of the same mindset as their counterparts in Iceland, Israel and the US, Anastasiades would be in deep trouble today.

The women who led the way