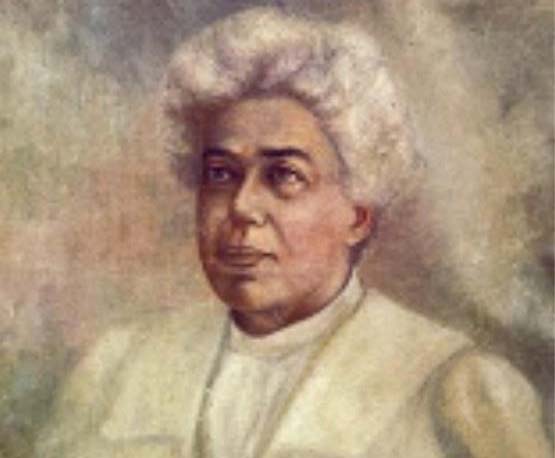 There are a lot of firsts surrounding the 19th century poet Polixeni Loizias. She was the first to create a women’s movement in Cyprus, the first female journalist, the first to push for physical education classes for schoolgirls and the first to found a female sports centre, Palladion.

She also understood only too well the importance of names. Loizias changed her surname, from Loizou, with its masculine possessive form, to the female possessive suffix ‘ias’. She wanted to show she was the mistress of herself.

Not surprising therefore that Loizias, who was born in 1855, is one of the major subjects of a project involving seven academics and researchers to create a women’s history archive expected to launch in 2020.

‘Clio for Gender’ will be an online Women’s History Archive open to the public, studying the life of women in Cyprus from the start of British rule in 1878 until independence in 1960.

“Loizias is mentioned in Cyprus’ history books as just a female poet, despite all her achievements. It was better not to mention her at all,” said Thekla Kyritsi, from the Centre for Gender Equality and History and one of the project’s researchers.

“Apart from Loizias, the only women mentioned in Cypriot history books are Queen Victoria, Queen Elizabeth and the Virgin Mary!” she added.

“The aim of the archive is to empower women by learning their history and give them confidence to seek power positions in today’s employment market,” said Soteroulla Yasemi, the project’s manager.

Despite Cyprus’ progress on gender equality over the last ten years, the island still scores just 56.3 in the Eurostat’s Gender Equality Index of 2019 while the EU average is 67.4. Only 11 per cent of board members and 15 per cent of senior executives are female in 2018.

But the project has another purpose.

“Clio is an attempt to diminish the stereotypes that follow women’s absence from history. Most pictures showed women sewing or cooking. Cypriot women were definitely not invisible from the public sphere,” said Eleni Evagorou, from Promitheas Reasearch Institute which is also involved in the project.

The first women’s group in Cyprus was created by a man, Kiti’s archbishop Kyprianos Economides in 1870 but it was completely dependent on the church and therefore limited in scope. So Kyritsi prefers to think of the first women’s movement as the Greek Women’s Union established by Loizias in 1898 which was an extension of an existing movement in Greece.

“Nationalism and the church acted as a foreground for the feminist movement but which later restricted its ideas,” she explained, since the archbishop was the one who created the first school for girls. Essentially what it gave with the one hand – a form of education and prospects – it took away with the other with its conservatism and submissive position of women.

Young girls coming from poor families had the opportunity to get educated, even though the curriculum was limited, and become teachers. Although working was an embarrassment for middle and upper class women, for the rest teaching was the only prestigious career path.

As a result, the majority of women leading the feminist movement in Cyprus were teachers. They were single, educated women with a job that provided them some sort of validation.

“Women were immediately fired from their job after they got married, according to the law. Many women chose to stay unmarried so they do not lose their jobs. The communist, Katina Nicolaou, for example was engaged for 15 years,” said Kyritsi.

Nicolaou was the only woman who participated in the first meeting of KKK, the precursor of the Akel communist party in Cyprus which was formed in August 1926.

Another woman also wished to participate in the meeting was Clio Christodoulidou. Although she had helped organise the party, her strict father would not let her attend.

“Other members wouldn’t let her participate in KKK, so she took it upon herself to prove them wrong. She borrowed her brother’s bicycle at midnight – which was already scandalous enough – and rode it to make a proclamation from a set location to give to the members,” Kyritsi said.

The researchers’ goal is to be as inclusive as possible. For that purpose, Kyritsi has been learning Turkish to research into the history of the Turkish Cypriot community, as their funding from the government and the EU Regional Development Fund does not cover translation.

There was the Turkish Cypriot teacher called Pembe Marmara. She was also a poet who wrote about the liberation of women under a pseudonym.  Her conservative father, Yusuf Saraç Hüseyin, unaware of her writings, once read one of her poems in the paper and screamed that there was ‘no shame left in women’ and ‘the sky will fall on their heads’.

“The Turkish Cypriot female movement started around 30 years after the Greek Cypriot one,” said Kyritsi.

Ulviye Mithat was the first to write about women in 14 newspaper articles advocating women’s rights in the 1930s. She also spoke about women and their right to participate in sports.

“Similar to today, there was a problem with the communication between women who spoke different languages in Cyprus which was an obstacle to their organisation. The communities came together for employment issues, when all female workers despite their race or religion united,” Kyritsi said.

A famous example is the three-month strike at Ioannou weaving factory in Famagusta in 1938. The cause for the strike was a working accident, when the skin of a woman’s face caught in one of the machines causing her severe injury. All female women united to demand better working conditions including eight-hour shifts and a wage raise.

“The female protesters’ demands were not met and some of them ended up in jail but it was a great start for women to remember to fighting for their human rights,” explained Kyritsi.

As soon as the archive’s search engine is established, in collaboration with the University of Cyprus, the researchers will organise a number of workshops for students informing them about the history of women to test the archive’s impact. Students will answer questionnaires measuring their gender stereotypes before and after the workshop to track even a slight change in their view of women. The establishment of Clio as a methodological tool will conclude the last part of the project.

“It is difficult to find funding for social interest projects. Around 90 per cent of the national funding goes to science and 10 per cent to the humanities. We were very lucky and we will have to try to get the job done by the end of the upcoming year when the funding ends,” said Yasemi.

Despite the end of the funding in 2020, researchers aspire to find additional funds and keep upgrading the archives including more sources from the set period, or even extend the period.

Some useful lessons in democracy that Cyprus will ignore