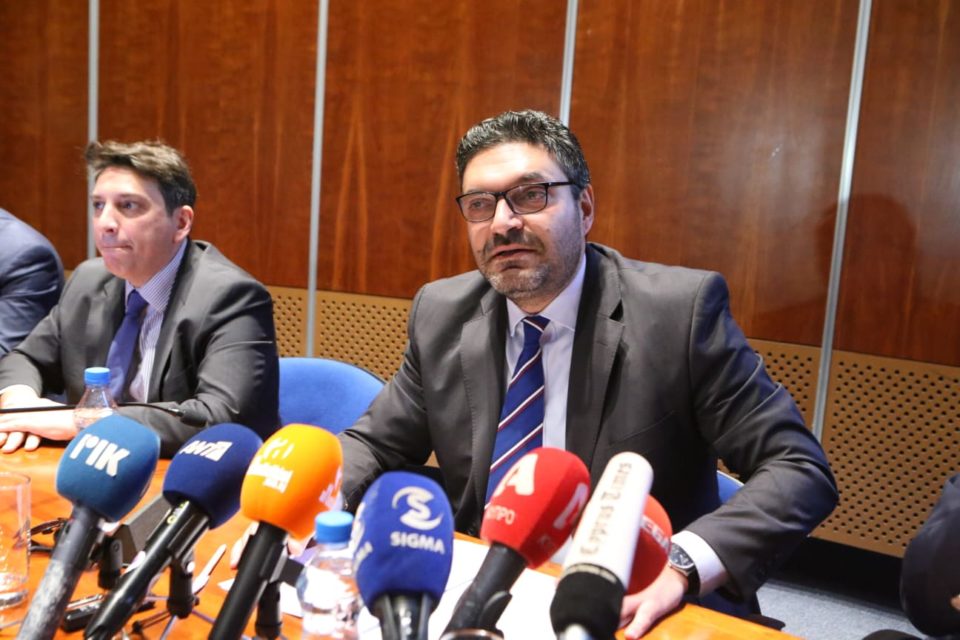 Seventeen new municipalities will be formed from the planned merger of the existing 30: four in Nicosia, four in Limassol, four in Larnaca, three in Paphos and two in Famagusta.

Announcing the planned changes Petrides said that under the new system, local authorities will have the tools to carry out policies on which they can be directly judged by their residents, rather than “blaming the central government, as is happening now, and often rightly”.

“We are empowering local governments with services that address the real daily needs of the citizens. This is no longer a vision but a new reality in Cyprus,” he said.

He said that the reforms will also cover the licensing framework which will become easier and more uniform. Other benefits will be municipal policing with specific responsibilities and powers and inter-municipal transport for the benefit of residents.

“We have also made it possible for municipalities to be contracting authorities so that they can easily control their own development projects without depending on the priorities and bureaucracy of the state, with school boards being transferred from the ministry to local supervision,” he said.

Local authorities will operate under separate legislation and will have a stronger say in social policy, so that social housing, kindergartens and nursing homes can function more effectively.

They will also be responsible for the utilisation and maintenance of local infrastructures such as parks and green areas.

“To provide for all this, the new municipalities will of course need resources and financial independence. We have calculated the new services and are proposing a radical change in the way municipalities are financed,” Petrides said.

“Just by reducing the number of mayors the savings amount to €3 million. I here give a concrete example. A large municipality currently spends €245 a year on providing services for each resident, while a small one spends €1,143 per resident. Also, the quality of services seems to be better in big municipalities than in small ones.”

The new entities will be far different from the old ones he said.

“They will have the weapons, the resources, the real structures of a small public service, the know-how and flexibility they lack today. Even the quality of staff will improve with larger structures as larger entities imply less localisation and a greater balance of democratic control,” the minister added.

The minister sought to allay concerns that certain regions would lose their name under the reform. Ayia Napa for one had strongly resisted losing what it describes as its brand name and was against merging with Paralimni.

Petrides said branding was “not linked with administrative structures but the name of the area or the sight visited by a traveller”.

He used Ibiza in Spain as an example, which was made by “five municipal authorities that were completely unknown to the people”.

“It goes without saying that no area will lose its name with the reform. Engomi will remain Engomi with its own ward while the Kolossi castle will continue to be located in Kolossi,” Petrides said.

Of the possibility the proposed reform languishing in parliament, the minister said it was not divine law and the government could accept certain alternatives, as long as the substance of the reform, the savings, remained intact.

“They cannot come about by increasing the number of municipalities,” he said.

Ruling Disy spokesman Demetris Demetriou said the objective was to create local authorities that serve residents and not inconvenience them.

He said that was the objective, and it could not be attained without a reduction in the local authorities, without mergers that would allow economies of scale.

Main opposition Akel said it will wait for the bills to be submitted to parliament before commenting on specific matters, but it signalled that it will insist on holding referendums to gain the local populations’ approval.

“We repeat that to us it is important for the proposed changes to the local authority map to have the consent and support of local societies and they must be put to a referendum,” MP Eleni Mavrou said. “We stress the need to secure the individuality of each area that will be merged with others, ensuring that no entity would have a dominant position.”

Diko expressed satisfaction that the government proposal included suggestions made by the party, the main one being cutting the number of local authorities.

On the other hand, Diko said, there were equally important issues for which further consultations had to take place as part of the discussion in parliament.

Edek said the government proposal for the mergers was in the right direction though the party expressed reservations over the viability of certain authorities.

“We think there are some cases of new municipalities, which will not be able to adequately respond to the demands of a serious local authority reform,” the party said.

Limassol mayor Nicos Nicolaides said the main issue of the reform was not the mergers but the authorities they will be afforded.

“The issue is for local authorities to gain the administrative flexibility and financial potential to develop their municipalities and serve the residents. This, in my view, is satisfied by the bill to a large extent,” he said.

“What remains to be seen is the legislature displaying the same political will the interior minister and the municipalities and local councils have shown,” he added.

What’s being merged where

The four new municipalities in the Nicosia district result from the merger of 17 existing local authorities, 10 municipalities and seven communities. The number of residents in municipalities will increase by 13,560, from 255,000 today to 270,000.

The four new municipalities are:

The new municipalities result from the merger of six municipalities and 12 communities, which will also increase the population of the district by 17,714.

The three new municipalities resulting from the merger of 19 local authorities, four municipalities and 15 communities. The population will increase by 18,454, from 46,741 to 65,195.