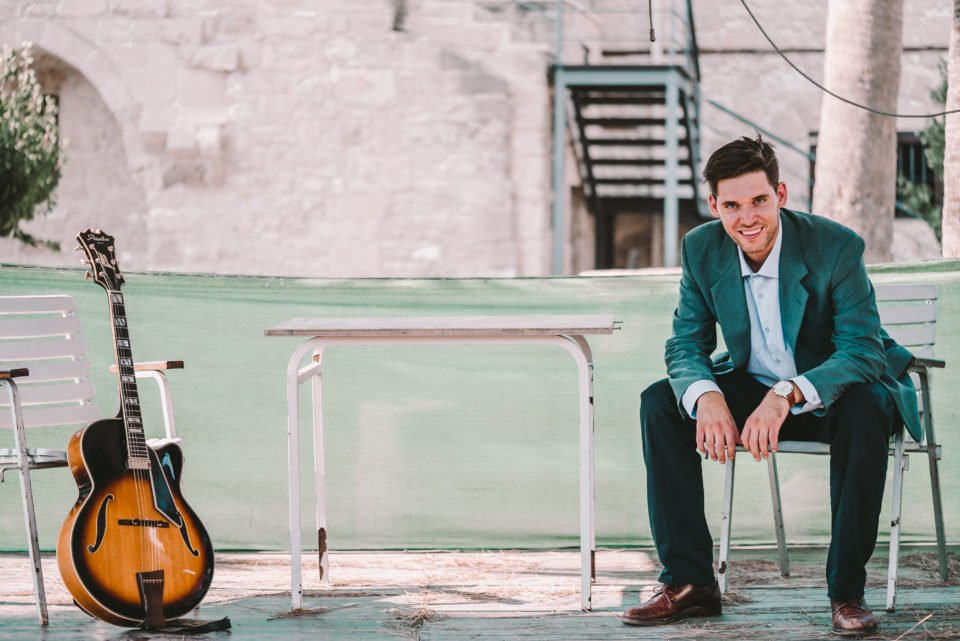 “Jazz trumpeter Louis Armstrong once said, ‘You blows who you is…’ And more than any other music, jazz tells the story of the individuals who play it,” says Stefan Melovski. Though just 27 years old (and a guitarist, rather than trumpeter), such is the talent of this young jazz prodigy that his own story is set to become legend. Born in Belgrade and having spent most of his formative years in Cyprus, Stefan is back on the island for the release of his first album Supposin’.

A mix of jazz standards and original compositions, it takes its title from a well-known piece of old, a song which asks ‘S’posin’ I should fall in love with you, Do you think that you could love me too?’

“The lyrics mean a lot to me,” Stefan reveals. “I joined the Cyprus Jazz Futures bicommunal programme back in 2008, under the leadership of NYC jazz musicians Chris Byars, Yaala Ballin, and Ari Roland, who taught jazz to the two divided communities. Musicians would meet and play in ‘jam sessions’; casual community gatherings where everybody could play their story. And as we all grew more musically experienced, we also become better friends, and a sustainable inter-communal network was created. So those lyrics, they’ve always spoken not just to my personal life, but to the echo of reconciliation on the island: the hope that our original project served both to bridge gaps and act as a foundation for similar initiatives.”

As a guitarist, Stefan certainly exhibits an unprecedented maturity in both character and music. “In a deep sense, jazz is a sound painting of a strong and balanced sense of community, and it has helped me envisage who I’d like to be in this world,” he muses. “I believe there’s a misconception that jazz is only for musicians, or that it sounds discordant and complex. But everything depends on the way the music is handled. Just listen to the light and lyrical flight of Lester Young’s saxophone, the humour in Dizzy Gillespie’s ingenious trumpet melodies, and the playfulness of Hank Jones’ piano phrases and you’ll realise that jazz can be a language of beauty and elegance.” 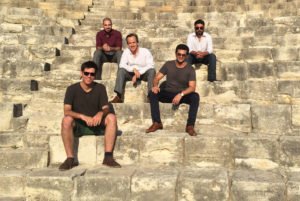 Predominantly bebop – a style that emerged in 1940s New York – Supposin’ is the work of a close-knit band of musicians. “In the last ten years Cyprus has seen a jazz boom, a development that’s really exciting for such a small country. On both sides of the capital, near the ports in Larnaca, Limassol and Kyrenia, you can hear jazz in the streets, and there are now residencies for musicians islandwide. And so I wanted my first album to include those musicians with whom I first played.”

Supposin’ is inspired by Stefan’s love for all things jazz. A musical prodigy with the training to back his passion, he admits to “playing a little piano”. But it’s the guitar which will always be his first love, “my main instrument of choice! I’ve loved it since the age of six when my mother purchased my first half-size guitar,” he smiles. “The guitar is a personal orchestra. It has so many different textures, dynamics and colours to be explored…”

It’s a journey of melodic exploration that audiences will be taking along with Stefan over the next two weeks, at Soulist Cafe on December 11, Kafeneio Valitsa on the 12th, Sarah’s Jazz Club on the 14th, Vinylio Wine on the 15th, Mod Café on the 17th, Gillham Vineyard on the 20th, and at Yfantourgeio (for a special Christmas-themed set) on December 21.

The star of the show will of course be the “tapping swing rhythms, gut wrenching blues, heart-warming ballads and fiery up tempos” of Supposin’. But we’re assured that all the songs on the album will be presented in a freshly updated format, and we can even expect a few new additions. If Stefan Melovski is blowin’ who he is, then what we’ll be hearing is a star in the making!

Performing songs from his album Supposin’ from December 11 to 21 at various locations islandwide. Entrance varies from €5 to €10 depending on location. For more information visit www.stefanmelovski.co.uk