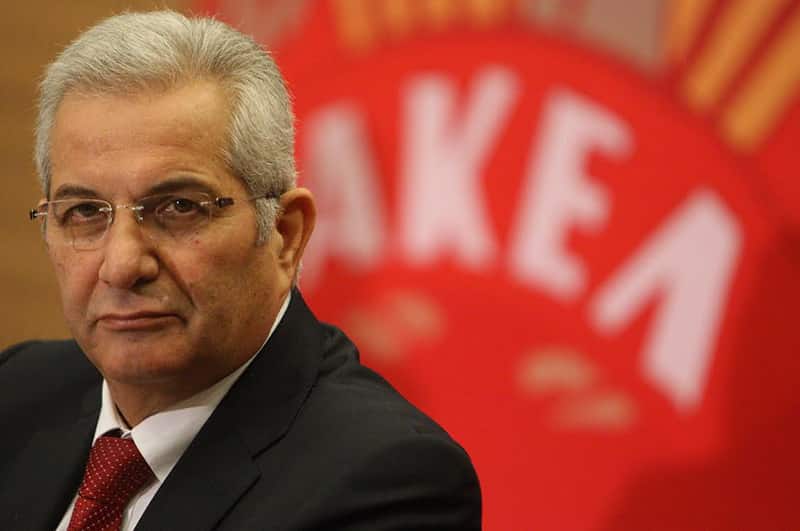 Akel leader Andros Kyprianou telegraphed on Tuesday he may vie for the top party job again next year, while slamming the government for its ‘dismal’ track record.

At a press conference in Nicosia, the main opposition leader came out guns blazing against the administration of Nicos Anastasiades.

“Sadly we are dealing with a government that is not only socially insensitive. It pains me to say it, but this government is also irresponsible, incompetent and dangerous.”

Kyprianou hauled president Nicos Anastasiades over the coals, accusing him of lacking a clear direction on settlement talks.

“Time is running out. If we do not get serious, if we are not consistent in our strategic objective, we shall definitively miss the opportunity to solve the Cyprus problem within the agreed framework.

“Unless,” he added pointedly, “that is precisely what certain quarters want.”

Moving onto domestic affairs, the Akel leader was equally caustic: “The myth they fabricated about the economic ‘success story’ collapsed with the sell-off of the cooperative bank.”

Whereas foreign investments are on the rise, the average employee and small business struggles to make ends meet, living from paycheque to paycheque.

“Increasing rents, rising property prices, low incomes and the absence of a government housing policy have made having a roof over one’s head a privilege, rather than a right,” he noted.

And government boasts about the decline in non-performing loans ring hollow, since banks have merely moved these bad assets off their books by selling them to third parties.

But in the real economy, the debts have gone nowhere.

The construction boom owing to the citizenship-by-investment scheme has all the hallmarks of a bubble, while at the same time the island’s reputation has been tarnished following a stream of revelations about passports being granted to dictators and wanted individuals.

“The truth is, the administration of Anastasiades and Disy did not save the Cypriot economy. On the contrary, it has placed it in the crosshairs.”

Kyprianou also weighed in on the case of the 15-year-old neglected teenager who committed suicide last September.

“The tragic incident with the death of the 15-year-old has rekindled the debate on reorganising the social welfare services. But even in this sensitive area, which literally has to do with human lives, they [the government] intend to give it to the private sector.”

The Akel chief went on to speak of the affair concerning the ‘spy van’, owned by a company of Israeli interests, saying the government’s stance “underscores the chaos prevalent under Anastasiades and Disy.”

“They have left society speechless with their inability or perhaps their indifference to protect people’s fundamental rights,” he remarked, alluding to surveillance and the right to privacy.

Kyprianou said Akel is formulating a proposal for good governance, which it would present at the next party congress scheduled for June 2020.

Commenting on his own future role in the party, he hinted he might contend for the top spot again.

“No one is irreplaceable, however the party charter does not prohibit my staying on.”

New ministers pledge to carry on the work of predecessors

It’s all about Eve