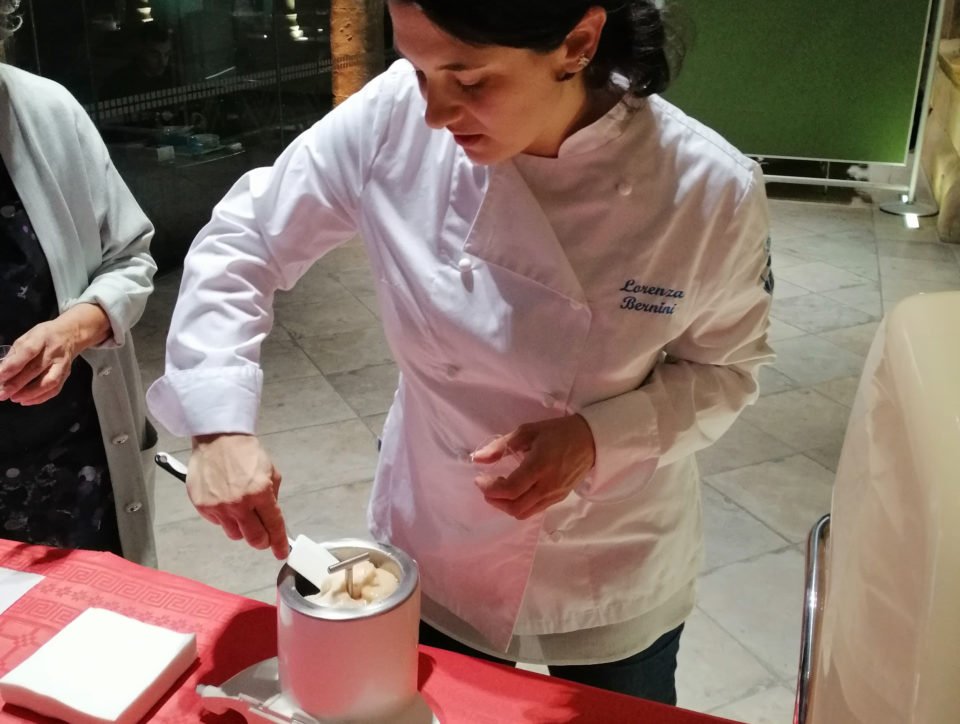 Fruit and ice cream are obvious choices when it comes to pleasing the crowds, and both were used this week by two Italian ambassadors of taste, culture and elegance to promote their country’s cuisine in keeping with activities around the world.

Also as part of the Week of Italian Cuisine, The Ancient Fruits of Italy and Cyprus, a collection of watercolor paintings is being held at the Strovolos Cultural Centre by Cypriot and Italian citizen Veronica Hadjiphani-Lorenzetti.

The result of meticulous pencil studies carried out directly in the field, Veronica’s paintings retrace the journey made by 18th century Italian explorer Giovanni Mariti, who has left a detailed illustration of Cyprus during the Ottoman period.

And to get a better taste of that journey, what better than ice cream, more particularly artisanal ice cream made by Lorenza Bernini, one of the best known makers in Italy.

She prepared fresh gelato on the spot with tastes inspired by the fruits illustrated by Veronica, specifically pear and commandaria wine ice cream.

“I want to think my work helps preserve knowledge that would otherwise get lost,” said Veronica. “So many varieties of fruits have been forgotten or overlooked by big companies.

“Luckily, there are still people who still try to spread awareness about what we can call ‘ancient fruits’, which are the ones not found in supermarkets and greengrocers, but only in nature.”

For more than 15 years, the artist has been gathering information in Cyprus, talking especially to park rangers and elderly farmers and at the coffee shops in villages on her quest to find fruits that have fallen by the wayside in modern times.

And she speaks from experience, having tasted every single fruit she painted. “It helps me paint them. First, I measure them, then I dissect them, then I taste them. Only after those steps I finally paint them.

“I also add a description of the taste to every painting. Of course, taste is mostly subjective, but I hope my experience can help young researchers in their job.”

Researchers like successful ice cream maker Lorenza, who, before a radical change of career, worked as a researcher at the University of Florence. “I changed career because I followed my heart,” she said.

“I have always love ice cream and I thought of combining my research skills with my passion for ice cream to create a quality product.”

Her change of career delivered in spades. Her ice cream shop in the village of Bolsena, two hours away from Rome and called Lolla Gelato, is considered among the best in Italy and for the past two years has been awarded the distinction of Due Coni (two cones) from the Gambero Rosso ice cream guide, the Michelin guide for ice creams.

“Research is key, it helps you discover new flavours and come up with unusual combinations to surprise and delight the customers. 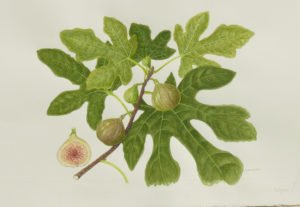 Just like Veronica, Lorenza’s ice creams are the result of meticulous studies and thorough preparation using fresh and often peculiar ingredients. “My favourite ice cream in my shop is also one of the most complex we prepare. It has a robiola base (soft Italian cheese) and is flavoured with cardamom. I then add natural pink chocolate and raspberries as a final touch, to give it a slight acidic edge and an additional layer of consistency. It takes a while to prepare it, but it’s well worth it and it’s one of our best sellers.”

Lorenza has never been to Cyprus before this time but has obviously heard about mastic ice cream, a staple of traditional Greek and Cypriot cuisine. “I bought some mastic to bring it back to Italy and study it carefully. It’s very interesting and I would like to find a way to use it in my shop as well.

“When I was a researcher, I studied vegetable resins such as mastic and it would be great to come up with a recipe that includes my old life and my new one.”

That other Cypriot staple, rose ice cream was also new to her. “I would say that it’s quite unusual to find rose ice cream in Italy, I use other flowers such as lavender. This trip to Cyprus will certainly help me in coming up with new flavours for my shop. This is the beauty of travelling, you also come in touch with new ideas and new traditions.”

Travelling has also come in handy for Veronica, who discovered two unknown variety of grapes in Cyprus. “The first variety I discovered it’s a black pergola grape. The other type was brought to me by a forest ranger who found it in the woods near Paphos. The vine of the latter had climbed on an azerole plant, which was at least 100 hundred years old.

“Both are excellent grapes and I believe they can even be successful on the market, not to mention they would make for good wines.”

In the meantime, Veronica says she is encouraging people to get to know more about ancient fruits through her drawings. “I would like my work to help people develop a more refined palate, in a way I would like it to have an educational purpose.”

For Lorenza it’s all about bringing a smile to people’s faces. “The fact that my work brings happiness to people, it’s so gratifying.”